Bringing boxing back in the world of COVID-19

When UFC 249 aired live from Jacksonville, Florida on May 9, MMA fans weren’t the only ones watching. Boxing promoters and leaders from other sports leagues were also taking a good look at Dana White’s operation. The show marked the return of sports in America after a complete shutdown due to the global COVID-19 pandemic. It wasn’t easy. The logistics were complex and White took plenty of heat from the blue checkmark brigade on Twitter. Undeterred, UFC followed with other shows in subsequent weeks that did solid ratings, leading the way for sports to come back, including the sweet science.

These Tuesday and Thursday night cards from Top Rank will continue weekly into July, including a title defense for WBO junior lightweight belt holder Jamel Herring on July 2. All of the action will take place inside the MGM Grand in Las Vegas under controlled conditions to minimize risk on COVID-19 infection. 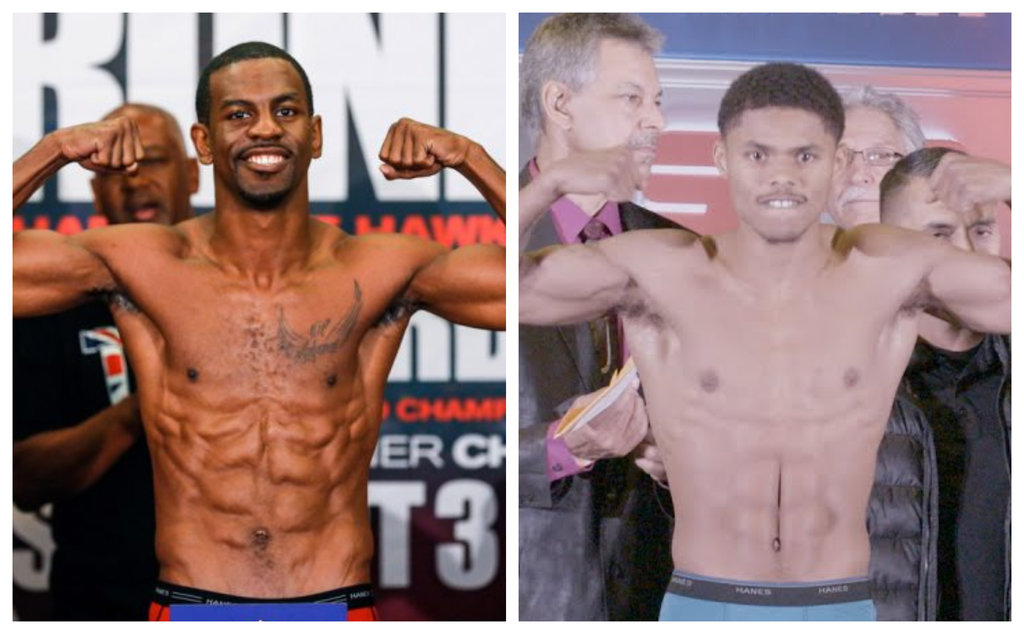 Herring and Stevenson will both see action on separate shows.

While many fans are happy to see the return of boxing, some have been critical of the showcase style matchmaking on most of the upcoming fight cards. Others have questioned why it took a full month for boxing to return after the UFC came back. Some members of the fight press, particularly those in the YouTube space who rely on in-person interviews to drive traffic on their channels, have expressed frustration that media will not be permitted to attend the events.

There is a kernel of truth to some of the criticism. However, many are simply unaware of how complicated the logistics are on the promotional side in our new “post-Corona world”. Boxing has always been more regulated than MMA, if not most sports. For years American promoters have performed a juggling act between numerous state athletic commissions, several global sanctioning organizations, network executives keen on saving only the scraps for boxing, competing corporate entities and immigration officials – let alone the Ali Act, and more.

Now, post-COVID-19, new ingredients have been tossed into the overflowing pot of simmering “boxing stew” to complicate matters further. And of course each entity has its own set of new protocols; it would only be too simple for everyone to follow the same guidelines without any nuance. Further, while parts of America are opening back up for business, many professional fighters from other parts of the world are stuck at home, unable to obtain travel visas. For those who are available to fight, many are unwilling to take a pay cut. Yet fans are banned from attending events for the foreseeable future, which means no ticket sales, which means significantly less revenue.

Are you ready to apply for your promoter’s license yet?

It’s a convoluted situation with multiple moving, living, breathing parts. For example, these June-July Top Rank shows must adhere to recent protocol set forth by the Nevada State Athletic Commission (NSAC), as well as MGM Resorts, the World Boxing Organization (WBO) and other authorities.

Below is a truncated overview of some of the new NSAC procedures.

– Sporting events held in the state will not have a live audience and must follow a strict COVID-19 Testing Plan.
– A secure facility will house all personnel related to the event and remain closed off to the public. The facility must have a dedicated testing area separate from all other areas.
– All involved personnel including NSAC staff will be tested and quarantined before the event.
– Event promoters must monitor the whereabouts of all personnel at all times.
– When entering the facility, personnel will be subject to temperature monitoring, a health questionnaire, oral fluid collection for Polymerise Chain Reaction (PCR) testing, quarantine from other personnel until negative results are confirmed
– A dedicated cleaning staff must be on site at all times and clean all training equipment and meeting rooms after each use, adhering to procedures set forth by the Centers for Disease Control (CDC).
– All personnel must follow Social Distancing guidelines and wear a mask at all times (gloves are recommended but optional).
– A detailed Operational Plan from the promoter must be submitted to NSAC director Bob Bennett. It must lay out health and safety procedures, contact names/numbers for key personnel, athlete transportation, hotel accommodations for out of state participants, a floor plan and/or schematics identifying training areas, meals, testing and quarantine areas, and more.

Top Rank’s current Operation Plan goes above and beyond in complying with all regulations. They have established an internal task force with clear roles and responsibilities during their events. A “WhatsApp” communication group was created to immediately notify the key personnel of any important related news/updates. Detailed plans and schedules have been mapped out for fighter training, event (studio) operations, lodging (each fighter and up to two other working corner people will be housed together), travel and production. There will be no fans or media in attendance.

Other promotional outfits in America and abroad have announced plans to return to the ring soon. It is simply unknown at this point when we will see fans and media at live events again. These upcoming shows will serve as a “market sampler” on the fan/network side and a test run on the procedural/promotional side.

Right now the most important thing, even more important than the fights themselves, is for these events to go off without a hitch. If they do, the boxing community could be back in full swing by the end of the year.