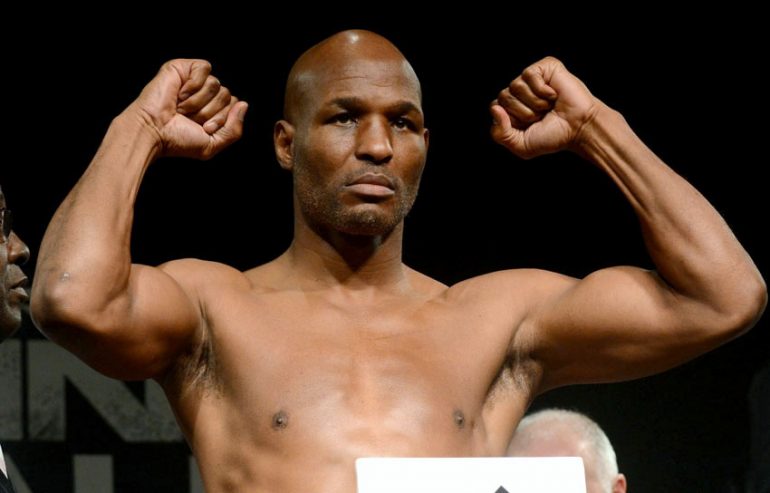 Outspoken to the end, former middleweight and light heavyweight champion Bernard Hopkins has never been one to mince words, in or out of the ring.

Considered an iconoclastic figure within the boxing industry for speaking out on corruption and a plethora of other conflicts within the sport, the all-time great is taking on the issue of systemic racism in the United States.

The death of George Floyd on May 25 at the hands of a white police officer in Minneapolis, and the shooting death of Ahmaud Arbery in Brunswick, Georgia on Feb. 23, 2020, by a white father and his son, have sparked anguish and rage as protests grip the nation.

“There’s a system out here that’s called racism and racism is a disease,” Hopkins told The Ring Monday afternoon.

According to a preliminary autopsy performed by the Hennepin County Medical Examiner’s Office, there were “no physical findings” to “support a diagnosis of traumatic asphyxia or strangulation” in Floyd’s death.

An independent autopsy found that the unarmed Floyd died from “asphyxiation from sustained pressure.”

According to the complaint, officer Derek Chauvin, who was fired and later charged with third-degree murder and manslaughter, had his knee on Floyd’s neck for almost nine minutes.

Hopkins says unlike most diseases, there is no medical cure for racism.

“There is no chemo for racism; there are no antibiotics for racism,” he continued. “You’re either racist, or you’re not – it’s that simple. The United States has a serious problem that didn’t happen overnight. It has been hundreds of years.”

Hopkins also slammed President Donald Trump, who reacted to the protests and incidents of vandalism and violence ripping through several American cities by threatening to use military force to shut them down.

“The president isn’t doing anything to help the situation. He started the platform,” Hopkins added. “Trump tweeted, ‘When the looting starts, the shooting starts.’ That’s our president. He enticed all of this.

Hopkins went on to say that looting is the new generation’s way of protesting.

“You can’t have the yin without the yang. They are protesting through looting.”

Hopkins also took aim at the justice system, which according to the NAACP, incarcerates African Americans at a rate five times higher than the rate of white individuals.

“Look at the jails,” he continued. “First they said, ‘Well, they (African Americans) commit more crimes!’ Now they’re saying, ‘Blame the parents.'” We created a monster from history, and now we’re blaming the monster.”

Hopkins had planned to speak to The Ring regarding the postponement of his induction into the International Boxing Hall of Fame due to the COVID-19 pandemic but changed plans after seeing the turmoil ongoing in the U.S.

“Damn with the Hall of Fame,” Hopkins said. “This is bigger than all of that. I’ve stood up for injustice against fighters to stop being exploited.”

Hopkins was previously invited by the late Sen. John McCain to speak before the U.S. Senate’s Commerce, Science, and Transportation Committee in 2003 on boxing reform.

McCain, an amateur boxer for the Naval Academy in the 1950s, was a key proponent behind the passage of the Muhammad Ali Boxing Reform Act in 2000, which provided professional fighters with financial, health, and safety protections that did not previously exist, such as financial disclosures from promoters and managers to the fighters.

“I spoke about the injustice and the disadvantage that we have as fighters so that we know what money is paid from other outlets for my talent to be shown worldwide,” Hopkins said. “I have a history for standing up against injustice, and that will never change.”