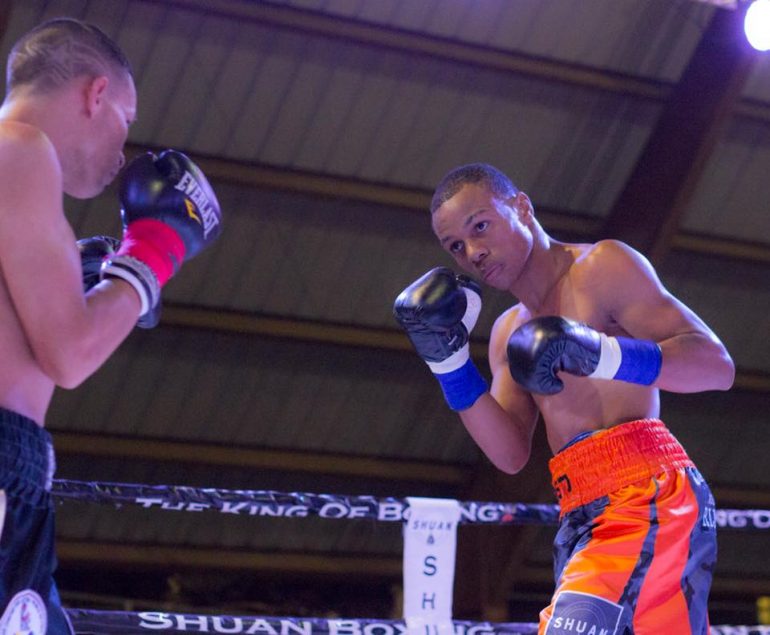 Photo from Shuan Boxing
28
May
by Ryan Songalia

The boxing card scheduled for this Saturday in the Dominican Republic has been canceled by local authorities, leaving the sport without a televised event this weekend.

The news came down Thursday, shortly after ESPN Knockout, which was set to televise the card in Latin America, had shared a video of the ring at Coliseo Carlos ‘Teo’ Cruz in Santo Domingo being disinfected. Promoter Belgica Peña of Shuan Boxing tells The Ring that all 45 coronavirus tests conducted on fighters, officials and others set to be in attendance for the six-fight, closed door card had been negative.

“This cancellation is only a postponed date and was carried out by the Dominican government due to the state of emergency in which we find ourselves,” said Peña. “We continue to have the support of ESPN for our new date.”

The show, which was to be headlined by a rematch between junior bantamweight contender Norbelto Jimenez and Eliezer Aquino, would have been the first boxing event in the Dominican Republic since February 22. No new date for the card was relayed to The Ring by the time of this story’s publication.

The WBA, which was to have two regional titles at stake on the show, was to test its COVID-19 protocol, which included temperature checks upon entering, plus surgical masks and gloves for everyone except for the fighters. Serology tests, which test for coronavirus antibodies, were conducted 72 hours in advance of the card. Fighters were to be isolated in hotel rooms to prevent pre-fight infections, and would have been separated by acrylic guards at the weigh-in. The ring announcer and ring card girls would have been set up on a platform away from the ring, and each fighter would have their own dressing rooms.

ESPN reported that Sports Minister Danilo Diaz pulled the plug on the show, stating that it was not in line with country’s health protocols.

The next event on the boxing calendar is scheduled for June 6 in Patzcuaro, Mexico, and will be headlined by former IBF junior middleweight titleholder Carlos Molina against Michi Munoz.