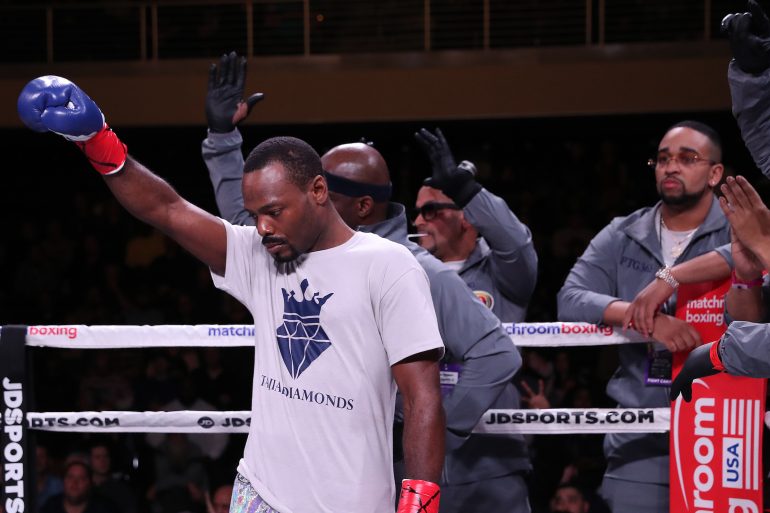 Mikkel LesPierre is not among the faint of heart. He’s a professional boxer, accustomed to facing fears and adversity as a means of a calling. Still, the scenes he encounters on a daily basis at his day job has had an impact on him.

LesPierre, who typically works the front desk at Mount Sinai Beth Israel’s Ear, Nose and Throat office in Union Square, has been redeployed to the main hospital ever since the COVID-19 pandemic forced his office to close. Being reassigned to the Beth Israel’s Petrie Division on 16th Street and First Avenue on Manhattan’s Lower East Side has taken him from behind the desk and into the front lines.

He receives deliveries coming into the hospital, bringing personal protective equipment to the doctors and nurses so they can treat patients afflicted with this highly contagious virus. “If they have to open up a new unit, all the supplies that they need for the new unit, I have to bring it upstairs to them before they start rolling the patients in,” said LesPierre (22-1-1, 10 knockouts), a native of East Flatbush who now resides in the Midwood section of Brooklyn, N.Y.

Though he’s not directly involved in providing care to patients, he’s seen enough to understand the gravity of the situation.

“When you see the bodies, you realize it is serious,” said LesPierre. “I’ve been on floors, ICU units where everybody is ‘PPEed’ down, masks, shields, gowns and I’ve had to do the same thing in order to deliver whatever it is that I had to deliver to that unit.”

Still, LesPierre trained throughout the pandemic, heeding the words of his promoter, Lou DiBella, who said he may be able to get him a fight when boxing resumes.

Now he will be one of the first fighters to welcome back boxing in the United States when he faces former two-division titleholder Jose Pedraza on June 18. The card will be an empty arena event in Las Vegas, one of the first volley of shows on ESPN and ESPN+ being promoted by Top Rank. The first event on June 9, headlined by WBO featherweight titleholder Shakur Stevenson, will be the first in the country since March 13.

Pedraza (26-3, 13 KOs) of Caguas, Puerto Rico previously held the IBF junior lightweight and WBO lightweight titles, and represents the biggest leap in class for the southpaw from East Flatbush, Brooklyn since his challenge of WBO junior welterweight titleholder Maurice Hooker in March of 2019. LesPierre lost that fight by unanimous decision, and rebounded with a points win over Roody Pierre Paul in December. 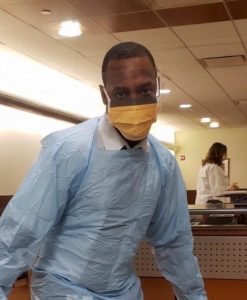 Pedraza, who is four years younger than LesPierre at 31, has lost two of his last three fights, though both were at higher levels of competition than LesPierre has generally fought. Three fights ago, Pedraza lost a competitive fight to pound-for-pound candidate Vasiliy Lomachenko in a 135-pound unification fight, and then beat Antonio Lozada in May of 2019. Then, in his most recent outing, Pedraza made his junior welterweight debut, losing a unanimous decision to Jose Zepeda last September.

“I think he’s coming to his end,” said LesPierre. “He’s had experience, he’s a former world champion and he’s been in there with a lot of dogs. I think that me being the bigger guy in the fight, him coming up to junior welterweight, it’s a better opportunity for me because he’s naturally used to fighting at 135 and 130. He may not be able to handle a 140-pounder the way he would handle a 130 or 135.”

LesPierre has retooled since the Hooker fight, switching trainers to Joan Guzman after being trained by another Gleason’s Gym staple, Don Saxby. LesPierre says that Guzman, who was a skillful counterpuncher during his time, is more in line with the style that best suits him.

“I just look at this as the second half of my career so I want to make the best of it and I want to get someone that’s been on that level,” said LesPierre. “Since I’ve been training with them they’ve given me a different take on boxing. They’re taking my best attributes and they’re just overworking it. So now when it’s time for me to get in the ring, muscle memory kicks in.”

With gyms still closed in New York, putting together an efficient training camp has become a new challenge. LesPierre says camp officially started a week ago, and he’s been driving 40 minutes up to the Bronx to work out with Guzman and his brothers at a running track.

Flying across the country to Las Vegas doesn’t concern him, because the experience of taking precautions while working in a hospital have prepared him, he says.

Stepping up in class again also doesn’t concern LesPierre. He says he’s taken to heart the words Hooker imparted to him at the final bell of their fight, when the incumbent titleholder embraced him for close to a minute.

“‘Tonight wasn’t your night, and just keep going. You are an elite fighter, you just have to keep pushing until your time comes,’” LesPierre remembers Hooker saying.

“[The Pedraza fight] is a great opportunity as far as the level of competition. What better experience is there than to fight against a world titlist?”