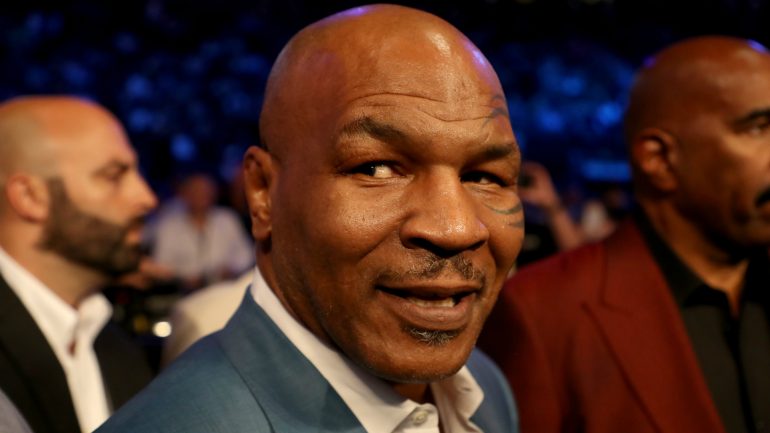 26
May
by Sporting News

Mike Tyson’s first opponent in the heavyweight boxing superstar’s attempted comeback could be a UFC Hall of Famer.

Tito Ortiz claims he has been approached to fight the 53-year-old former undisputed world champion and says a clash with Tyson could break pay-per-view records. Mixed martial arts veteran Ortiz, 45, said he was unexpectedly asked about the prospect of taking on ‘Iron Mike’.

“I was watching Mike Tyson hit pads with one of my old trainers and Tyson was like the old Tyson, fast and speed and powerful and I was like, ‘Wow, Tyson’s going to make a comeback?’ And all of a sudden, two days later, I get a phone call, and someone starts asking me, ‘What do you think about fighting Mike Tyson?’ I was like, ‘Really? This is the opportunity of my life, I’m in,'” Ortiz told TMZ Sports.

MORE: WBC says it will rank Mike Tyson if he’s serious about comeback

Ortiz appeared to suggest any fight with Tyson would take place in Las Vegas, citing the need to be passed ring-worthy by the Nevada Athletic Commission.

“I’m not sure if it’s going to be boxing or MMA yet, I haven’t got that far — I think both of us have got to be cleared by the athletic commission, this Vegas thing,” Ortiz said. “But I’ve been boxing for 20 years, man, and my boxing skills have got better and better. They might not be the same level of Tyson, but has Tyson been punched in the face in the last 15 years? No, he hasn’t, and I have, and I’ve been able to subdue everyone I’ve competed against over the last four years.”

Ortiz, sporting a T-shirt bearing the slogan ‘Donald Trump Real American Hero’, said he had “nothing but respect” for Tyson, who last fought in 2005. He sees their fight, should it happen, breaking television box office records. He cited the fight between boxing great Floyd Mayweather and UFC star Conor McGregor in 2017, which was bought by 4.3million people in the United States.