Welcome to Tourist Information: Insiders looking out and outsiders looking in from the world of boxing, a podcast hosted by noted writer Brin-Jonathan Butler. 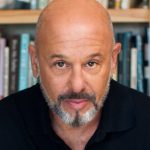 Brin’s latest guest is Mike Sager, a bestselling author and award-winning journalist. He has been called “the Beat poet of American journalism, that rare reporter who can make literature out of shabby reality.”

A former Washington Post staff writer, Rolling Stone contributor, and writer for GQ, Sager has been a writer for Esquire for more than two decades. In 2010 he received the American Society of Magazine Editors’ National Magazine award for profile writing for his story “The Man Who Never Was,” which appeared in Esquire.

Mike Sager is a literary anthropologist who is one of the master profilers in journalism. He’s worked with icons like David Remnick and Bob Woodward at the beginning of his career working at the Washington Post and alongside Esquire and Rolling Stone murder’s rows of writers. Boxing has been one of America’s most fertile arenas for profile writing and, oddly enough, is the one domain Sager has not tackled as a journalist. Yet his work dealing with celebrity, tragedy, misfits, and the bizarre and brilliant techniques for excavating truth and color from those subjects offer a tremendous opportunity for any writer to learn from his expertise.