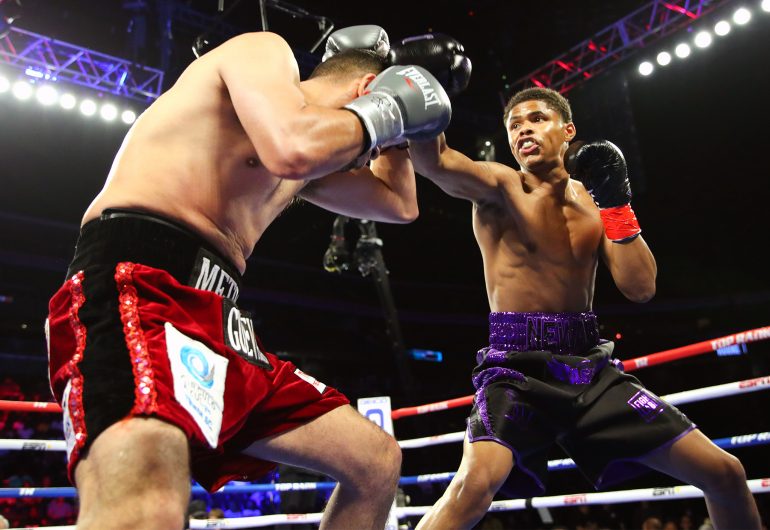 Top Rank, which was among the first American promoters to pull their cards due to the coronavirus pandemic, will try to be the first to come back from it as well.

The Nevada State Athletic Commission has penciled in a teleconference hearing for Wednesday, May 27 at 9 a.m. Among the items on the agenda are requests for permits for two Top Rank shows, on June 9 and June 11. According to the agenda, the two events will take place at the MGM Grand in Las Vegas, and will be broadcast on ESPN and ESPN+.

The June 9 date comes as no surprise to boxing fans, as The Athletic’s Mike Coppinger first reported that Top Rank CEO Bob Arum had planned to return to business with a card headlined by WBO featherweight titleholder Shakur Stevenson in a junior lightweight fight. 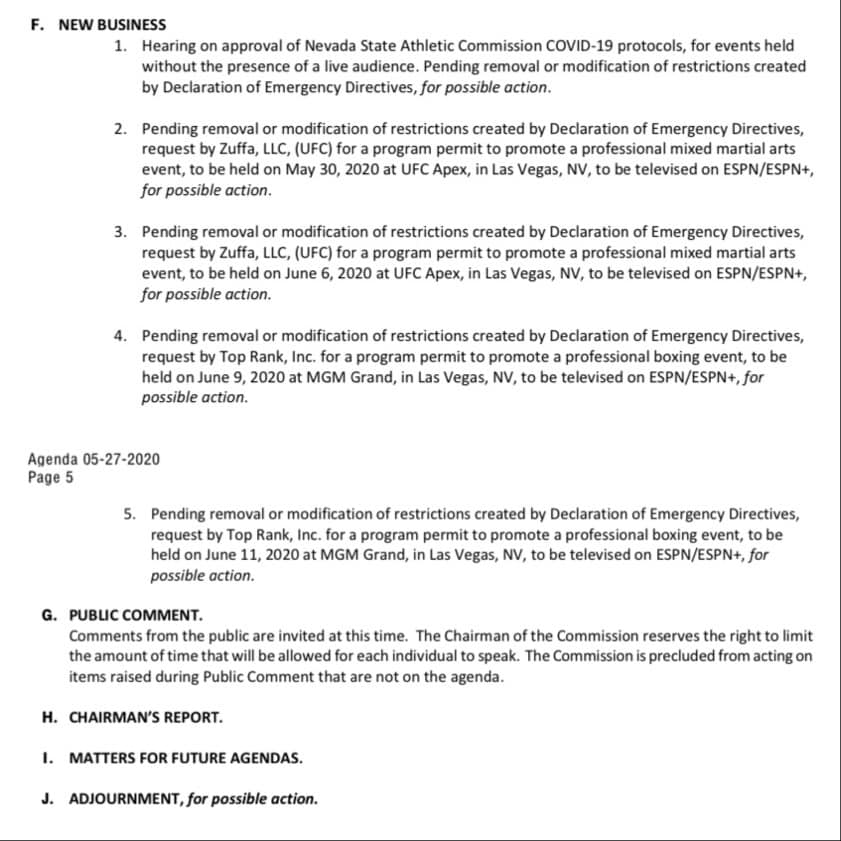 Rafael Rivera (27-4-2, 18 KOs) had initially been considered for the non-title fight, but has reportedly been scratched due to issues getting a visa from Mexico.

Stevenson (13-0, 7 knockouts) of Newark, N.J. had been days away from making his first title defense against Miguel Marriaga on March 14 at Madison Square Garden when his card was canceled. A March 17 card to be headlined by Mick Conlan at the same venue was also canceled.

The June 11 card will reportedly feature former WBO junior featherweight titleholder Jessie Magdaleno (27-1, 18 KOs) of Las Vegas against Yenifel Vicente (36-4-2, 28 KOs) of the Dominican Republic in a ten-rounder at 128 pounds, Dan Rafael has reported. He adds that cards are also being planned for June 16, 18 and 25, with the card on the 18th to feature Jose Pedraza (26-3, 13 KOs) against former junior welterweight title challenger Mikkel LesPierre (22-1-1, 10 KOs) in a ten-round battle of southpaws at 141 pounds.

Pedraza of Cidra, Puerto Rico previously held the IBF junior lightweight and WBO lightweight titles, and is coming off a ten-round decision loss to Jose Zepeda in September. He had been scheduled to fight Javier Molina on May 9 on the Jose Ramirez-Viktor Postol card before it was canceled. LesPierre of Brooklyn, N.Y. defeated Roody Pierre Paul by decision in December to rebound from his decision loss to Maurice Hooker in March of 2019 for the WBO junior welterweight title.

Also on the May 27 agenda will be a hearing on the approval of protocols for events held without a live audience, as well as permit requests for the UFC to hold events on May 30 and June 6 at the Apex, the UFC’s production facility which opened last June.

The last boxing card held in the United States was the ShoBox card promoted by Salita Promotions on March 13 at the Grand Casino, Minn. In front of an empty audience, junior welterweight prospect Brandun Lee stopped Camilo Prieto in three rounds.