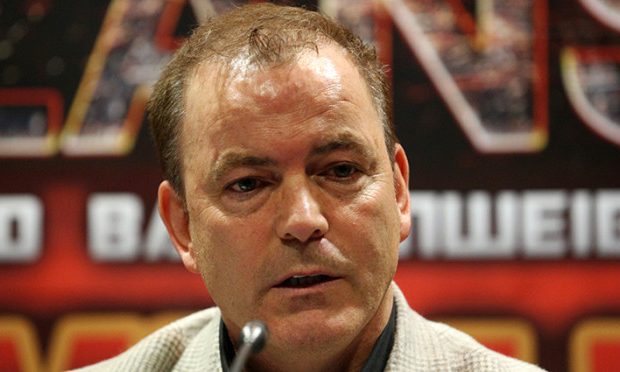 Photo courtesy of dennishobson.co.uk
21
May
by Anson Wainwright

Dennis Hobson has been a boxing promoter since the early 1990s. He started out doing small hall shows in and around Sheffield, England, but was eager to put on bigger events and progressed up the ladder.

“I’m just regrouping and finding a TV platform,” Hobson told The Ring. “The two fighters I’m pushing at the moment are Tommy Frank and Kash Ali. I’m also looking to do something with Josh Wale, and I’ve got one or two others that I’m looking at.”

Ali (17-1, 8 knockouts) infamously bit David Price in March 2019 and suffered a disqualification loss. However, the Birmingham heavyweight has teamed up with Hobson, who feels that he’s matured significantly since that dreadful incident.

“Richard Towers is training Kash and we think he’s turning him around,” said Hobson. “Ability wise, I think he can be in the mix, but he’s got to take it in the ring against a big name. He’s got it against him because of what happened against David Price and he’s got to redeem himself.”

Hobson had hoped to secure Frank (13-0, 3 KOs) a WBA junior bantamweight title shot against Kal Yafai. However, plans fell by the wayside when the Englishman lost to former pound-for-pound king Roman Gonzalez in February.

That result forced Hobson to change tack, and he is now looking at other big fights and opportunities for the popular flyweight.

“I think Charlie and Sunny Edwards are potential opponents,” the promoter said. “Either one of them for world titles would be a good domestic dustup.

“Sunny’s been calling Tommy out for quite a while now. I’ve been reluctant because I thought, why do it for a Commonwealth title when we could maybe do it for a world title? Let’s build his brand up, let’s make it as big a fight as possible and let’s do it Sheffield.”

In his formative years, Hobson played semi-professional soccer, worked on the markets selling pottery and built up a scrap metal business. He currently has business interests in Jersey and is the President of non-league soccer team Matlock Town.

He used all this experience, guile, and business acumen to broker deals with all the major promoters in world boxing and looks forward to once again locking horns with his counterparts.

“I can get [the fighters] opportunities because of the relationships I’ve built up with these organisations,” Hobson explained. “We’re just rebuilding. I think between Richard Towers, John Fewkes and Glyn Rhodes, they’re all working with me to promote their kids coming through. I think we’re going to develop some kids and continue the proud tradition (acclaimed trainer/ manager) Brendan Ingle got going in Sheffield. He was the catalyst and pioneer.”