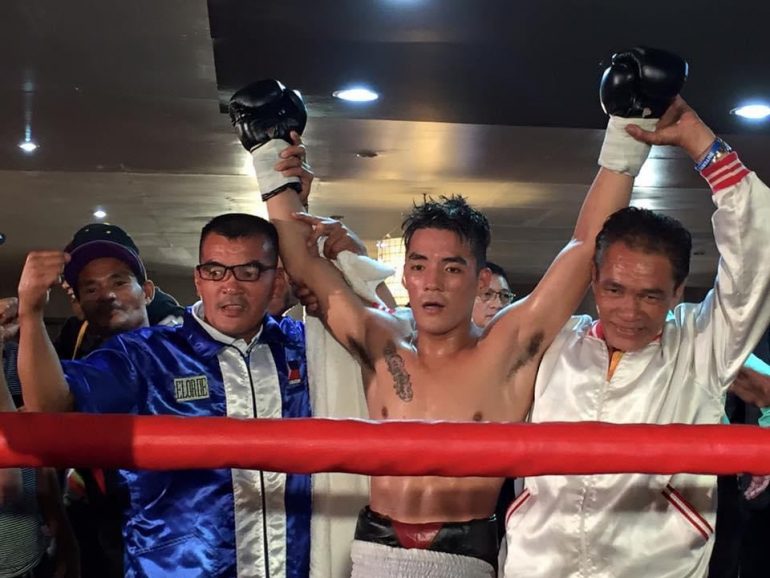 There aren’t too many fighters who have been more in limbo than Giemel Magramo.

The Filipino flyweight contender has twice had his world title opportunity postponed due to the coronavirus pandemic, first in April, and then in June. Now, it looks like he’ll finally get his shot at the vacant WBO flyweight title on July 4, after his promoter Johnny Elorde received word from Teiken Promotions a week ago that the bout against Junto Nakatani will move forward at Korakuen Hall in Tokyo, Japan.

Magramo, the no. 1 contender for the belt which was vacated by Kosei Tanaka, has been able to train at the Elorde Boxing Gym in Sucat, Paranaque City, Philippines, even while the Metro Manila area is under strict limitations due to the coronavirus pandemic. Liza Elorde, the wife of Johnny Elorde, says Magramo is in good shape but had not been sparring because of the uncertainty over a fight date.

She says he will now start sparring with boxers from the stable of Gabriel “Bebot” Elorde Jr., who, like Johnny, is the son of Filipino boxing legend Gabriel “Flash” Elorde.

“I understand because of the pandemic,” said Magramo (24-1, 20 knockouts), when asked about the postponements. “That’s better for everyone’s safety, and better for me [because] the training time is longer.”

Liza Elorde says that, even with a signed contract, there are still plenty of issues to figure out. The Japanese Embassy in the Philippines, where visa applications are handled, has been closed, but is expected to reopen by June 1. Under normal circumstances, a visa can be processed within 3-4 days. Then there’s the question of whether they will be able to get to Tokyo.

“Airlines said you can book [flights] but we’re not really sure whether you can go on that day,” said Liza Elorde, who plans to arrive in Tokyo on June 26, to allow Magramo to acclimate. And then, upon arrival, would the team have to undergo mandatory quarantine? She says a copy of the contract has been forward to the Games and Amusements Board, which regulates pro boxing in the Philippines and issues approvals for fighters heading abroad, but has yet to hear back.

Abraham “Baham” Mitra, the GAB’s chairman, says that a copy of the Japanese Boxing Commission and World Boxing Organization’s COVID-19 protocol has been sent to the Inter-Agency Task Force on Emerging Infectious Diseases, and he’s awaiting their response.

The JBC’s guidelines for resuming boxing action, which were issued on May 15, have been obtained by The Ring. They call for cornermen to wear gloves and masks, though the fighters and referees wouldn’t be made to do so. As for spectators, one seat on each side must remain empty, with masks and temperature checks to be mandated. The show must also be paused every hour to ventilate the venue, and only a maximum of eight bouts are allowed per event.

Liza Elorde says she’s been told the venue will be allowed to have a third of its normal occupancy.

If all of these factors line up, Magramo will then get to fight the long-armed Nakatani (20-0, 15 KOs) who, at 22, is three years younger, and is coming off a career-best win last October, when he stopped former IBF junior flyweight titleholder Milan Melindo in six rounds.

Magramo, who is the son of one-time Manny Pacquiao opponent Melvin Magramo and nephew of former title challenger Ronnie Magramo, has won seven straight since his only defeat to Muhammad Waseem in 2016. He is rated no. 10 by The Ring at 112 pounds, while Nakatani is rated no. 8.

“This is the chance that Magramo is waiting for so he should train hard and have a good game plan,” said Johnny Elorde. “We need stamina and more punches.”