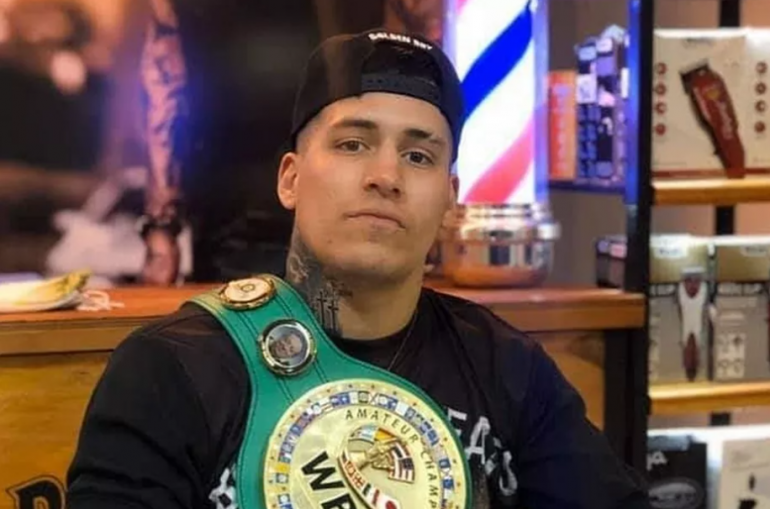 19
May
by Francisco Salazar

Amateur standout Walter Matthysse Jr. has signed a co-promotional deal with Sampson Lewkowicz, who will work in conjunction with Argentina-based Tello Box, it has been announced.

Being the nephew of former world title challenger Lucas Matthysse, the young fighter does have boxing in his blood, and his father, Walter Matthysse Sr., also challenged for a world title during a modest career.

Lewkowicz stated that Matthysse will make his pro debut in Argentina later this year, once boxing recovers from the COVID-19 pandemic. TyC Sports will broadcast the fight.

“(After his pro debut), Walter will then be moving to Coachella, California to train together with our great Uruguayan and middleweight prospect Amilcar Vidal and Sebastian ‘Towering Inferno’ Fundora, who is one of the world’s best junior middleweight prospects,” said Lewkowicz in a statement.

Matthysse is trained by his uncle, Mario Narvaez, who is the brother of former two-time world titleholder Omar Narvaez.

Lewkowicz does have an eye for talent, having discovered and managed the likes of Manny Pacquiao and Sergio Martinez. Aside from Fundora and Vidal, the Uruguay-born Lewkowicz currently represents Jeison Rosario, who is the IBF and WBA junior middleweight titleholder, and lightweight contender Javier Fortuna.

Lewkowicz has high expectations for Matthysse.

“I am very happy to be working with this future world champion and his family and team. Argentina will soon have another of its sons fight on PBC and ShoBox and (possibly) wear the world championship belt.”