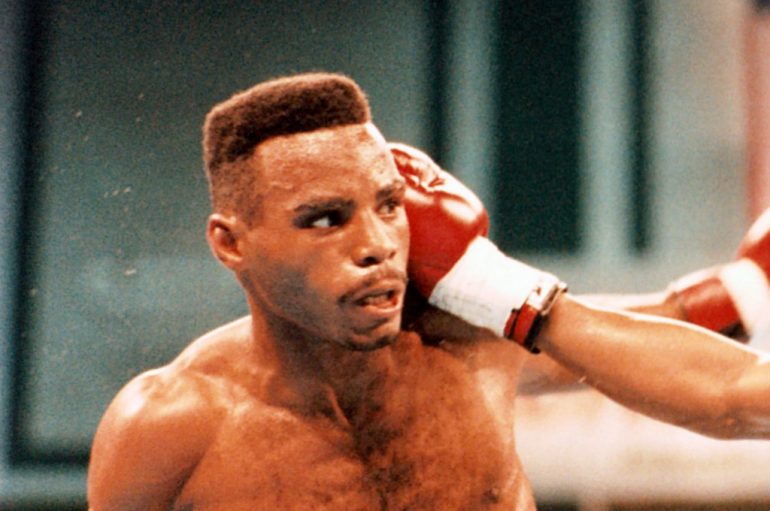 Photo from The Ring archive
18
May
by Anson Wainwright

Hard-nosed Freddie Pendleton rose from the mean streets of Philadelphia to become an unlikely lightweight world titleholder in the early 1990s.

Pendleton was born in Philadelphia, Pennsylvania on January 5, 1963 and was the middle child of 11 brothers and sisters. His family moved around the city, and he was never far from trouble.

“I came up hard, fighting all the time,” Pendleton told The Ring. “My experiences weren’t good. At the time, there was a gang situation and everybody wanted to put you in their gang. If you didn’t get in a gang, you’d get threatened all the time. I just dealt with it.”

The 12th grade dropout worked at a local convenience store to help his mother pay the bills. One day he got into an altercation with his sister and was encouraged by his mother’s boyfriend to visit the local boxing gym.

“I didn’t plan on staying but I actually liked it,” Pendleton recalled. “Two weeks later, the guy told me I didn’t have to pay any gym dues because I learned and picked things up like it was natural.”

However, looking back, the former titleholder believes this was to his detriment. “The guy used me – I didn’t know at the time, ” said Pendleton, who only had six amateur fights. “He saw I had a lot of talent, but he didn’t groom me the right way.

“My first fight ever was in junior open class. I should be in the novice section. I would have won the novice division easily. He puts me in the junior open, I end up fighting for the title, beat the guy up, and they rob me.”

In November 1981, Pendleton turned professional, losing a debatable decision. After six professional fights, Pendleton’s record stood at a modest 2-4. “Fearless” Freddie was 9-7-1 when he was offered a fight with former world titleholder Hilmer Kenty.

“That was highway robbery, I beat him from pillar to post” said Pendleton, who lost a 12-round unanimous decision. “Everybody expected me to get knocked out, and when I beat him up like that, I pissed off a lot of people in Detroit.”

Two month later, Pendleton was playing basketball when the telephone rang His sister took a message from his manager with an offer to face highly regarded prospect Tyrone Trice.

“They called me on five days’ notice, I wasn’t even in the gym,” said Pendleton. “I needed money and my manager told me it was $5,000. He knew he could get me to fight for that money. Everybody was expecting me to lose.

“You could see the confidence that he was going to just walk in there and destroy me. I expected a tough fight, and then the first shot I caught him with he’s down. I knew I was the outsider, so I went after him and put him away. That was one of the biggest wins early in my career.”

Although Pendleton had laid down a marker, he still found himself on the wrong end of several dubious decisions. The upset-minded fighter kept himself in the hunt, beating former world titleholders Roger Mayweather (KO 6) and Livingstone Bramble (TKO 10). The latter earned him the USBA title and an IBF ranking.

In February 1990, Pendleton fought Pernell Whitaker for the IBF and WBC titles.

“After the fight, I was walking on the Boardwalk and I saw (Whitaker) and his mother. She came over to me, hugged me and said, ‘I never saw anyone in his whole career handle my son like you did. I was scared from Round 1 to Round 12 that you were going to hurt my baby.'” 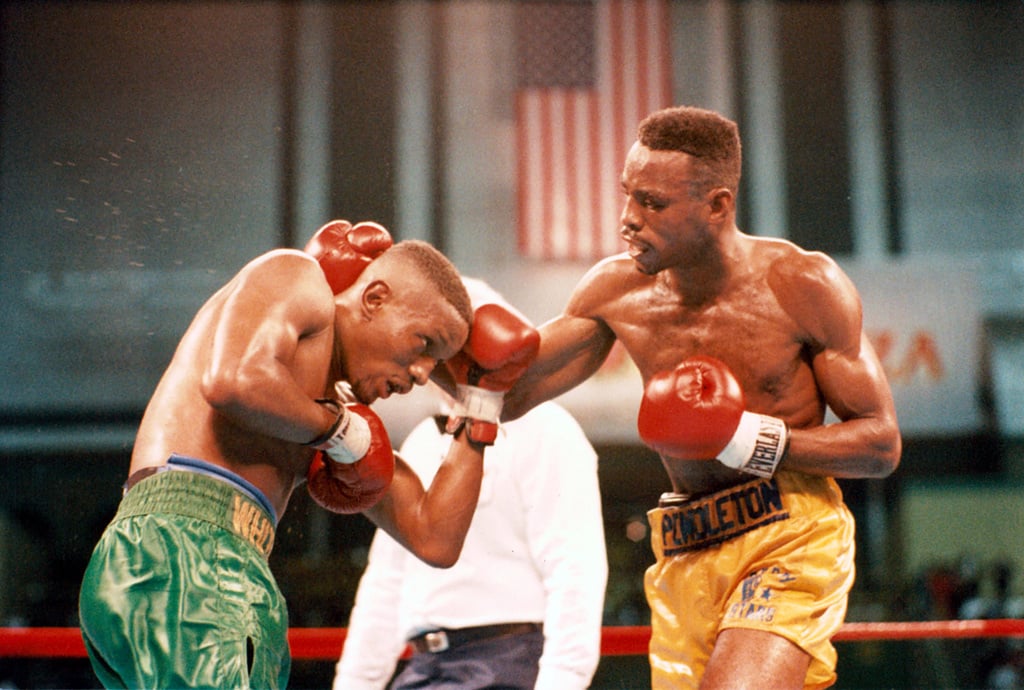 Pendleton won eight consecutive fights and was matched with Tracy Spann for the IBF title that Whitaker had vacated. The rugged slugger was down in the opening round and cut from a head-clash in the second round. The fight was halted and declared a technical draw.

The two met again in early 1993 and this time Pendleton outboxed Spann to win the title.

In his first defense, Pendleton turned back the challenge of Jorge Paez before dropping the title to Rafael Ruelas in February 1994.

After losing to the hugely popular Ricky Hatton in Manchester, England in October 2001, Pendleton (47-26-5, 35 knockouts) decided to hang up the gloves.

Now 57, the former titleholder lives in Miami, Florida. He is divorced and has two sons and one granddaughter. Pendleton teaches boxing and has worked with, among others, Randall Bailey and Adolpho Washington.

BEST JAB
Roger Mayweather: There’s two guys who had very good jabs – Jimmy Paul was one and the other was Roger Mayweather. Jimmy Paul had the strongest jab. The way he used his jab and set you up, and the way he did it was crafty and shut off a lot of your offense. Roger had the most effective jab, he had the speed and the power. His jab had a way of forcing you out, so if you couldn’t get around it, you’d be in a lot of trouble.

BEST DEFENSE
Pernell Whitaker: He had a great defense; it was perfect.

BEST HANDSPEED
Whitaker: (Laughs) I never faced anyone as fast as Pernell. Nobody even came close, he was the only one who was able to deal with me. That’s what kept him alive (laughs].

BEST FOOTWORK
Whitaker: (Laughs) It brings me right back to the same person. Pernell Whitaker backed up into the corner, and that’s one of the most dangerous places to be when you’re fighting me. I opened up with a three, four-punch combination and never hit him with a shot. He was completely on balance, I never seen a guy do that.

SMARTEST
Whitaker: Pernell was definitely the smartest. I put some serious pressure on him and he was able to maneuver his way around and keep himself from getting hit by a big shot.

STRONGEST
James Page: When he came to the weigh-in I laughed ‘cause he was so skinny, but by the time we got into the ring it looked like they pumped some muscles into him because everything looked bigger. He looked like a complete monster when he came into the ring. He was creature strong.

BEST CHIN
Jorge Paez: Frankie Randall took a helluva shot. I know I caught him with a few shots and he was able to survive. Vince Phillips took a good shot. James Page had a good chin. Paez took a really good shot; I hit him with missiles. I put him down twice, he kept getting up and fighting, putting pressure on me to win the fight. Most guys when I put them on their behind it was over.

BEST PUNCHER
Mayweather: He hit me with a shot in the middle of the first round and it felt like it shook my damn skull. I never been hit that hard before. I knew I can’t get hit like that again. Trinidad never hit me with anything. People ask me how powerful he is and I tell them, ‘Ask him ’cause he never hit me with anything significant.’ Roger hit me with a good shot, James Page hit me with a big shot and hurt me. I don’t mind telling people I’ve been hurt, but I can’t legitimately say how powerful Trinidad is because I don’t know. Every time he planted [his feet], I stepped back and he couldn’t let go because I’m not there anymore. That was frustrating him. You know who noticed that? Bernard Hopkins, he fought using my exact plan and beat him.

BEST BOXING SKILLS
Whitaker: That’s Pernell by a landslide. He could do everything; he did some shit I’ve never seen before. Pernell was by far the most skilled boxer I’ve been in the ring with and I went in with some of the best. Trinidad was a very skilled fighter. He was definitely one of the top fighters in the game.

BEST OVERALL
Whitaker: Pernell was the best fighter I faced in my division and a couple of divisions higher.