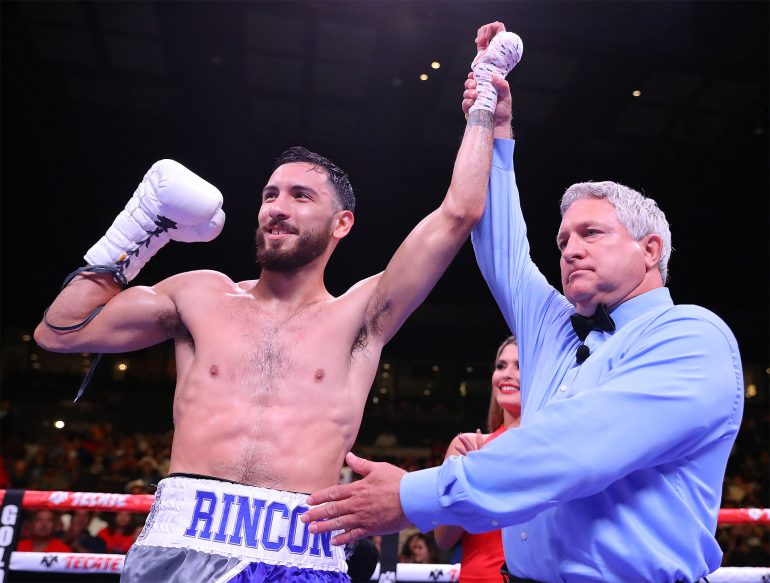 Alex Rincon celebrates after knocking out Joel Guevara in his most recent fight. Photo by Tom Hogan-Hoganphotos/Golden Boy
08
May
by Ryan O'Hara

Alex Rincon was training hard for his third fight as a professional in October 2017 when he received devastating news.

His longtime trainer Bernard Roach Jr. was in the hospital after suffering a heart attack.

His emotions were in a scramble. While his late trainer would have wanted him to focus on his fight, Rincon could not stop thinking about his mentor. Desperately seeking an update on Roach’s condition, Rincon looked at his phone before stepping onto the treadmill for a four-mile run.

“I got a message saying that he was gone. I threw my phone and screamed and broke down onto the ground and busted into tears,” Rincon said. “I couldn’t stop crying. I literally ran for four miles on the treadmill bawling my eyes out; I could barely breathe.”

Even as Rincon pounded away at the mitts, the tears continued to stream down his face, but amid the “worst day” of his life, he found a reason to smile.

“You never know how tough you are until you are put in that type of situation,” Rincon added. “These type of situations make you or break you, and this allowed me to push forward and to dig deep mentally. I know coach is smiling down right now and is so proud of me for fighting through that week.” 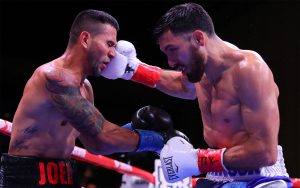 Rincon (7-0, 6 knockouts), a 24-year-old southpaw, of Dallas, Texas, told The Ring that faith has played a crucial factor in how he prepares for fights and remains disciplined.

“I believe in God,” Rincon said. “Praying is one of the biggest things that is a part of my training; I read my devotionals in the morning and at night, and it is a great way to connect with people and to heal.”

Rincon not only wants to be a star in the sport, but also a fan favorite. What will the fans look forward to in the ring?

“You’re going to find out that I’m an all-around solid fighter,” he continued. “I’m entertaining, long, tall, and I can fight any style.”

Rincon, who last fought in August, knocking out Joel Guevara in two rounds, stands at 6’2″ with a wingspan of 77″, which is very impressive for a 154-pounder. To compare, WBC titlist Jermell Charlo is 5’11” with a 74″ reach.