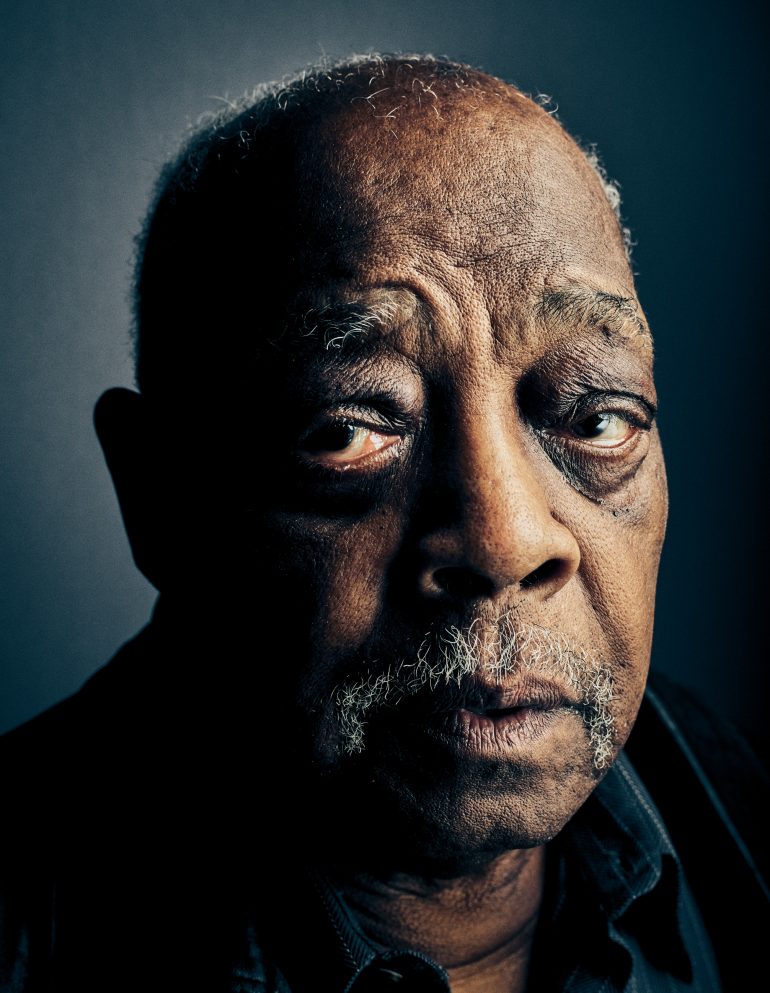 Jimmy Glenn. Photo by Wojtek Urbanek
07
May
by Thomas Hauser

Jimmy Glenn, one of the most beloved people in boxing and a fixture on the New York boxing scene for decades, died this morning (Thursday, May 7) after a month-long battle with coronavirus.

Glenn was born in rural South Carolina on August 18, 1930. His grandfather was a sharecropper. His mother worked on the same farm.

“My mother only had one child,” Jimmy once reminisced. “But when I was ten, she married my stepfather. And after that, I had a lot of brothers and sisters on my stepfather’s side.”

Glenn’s mother moved to Washington DC in 1937 and left Jimmy behind. After she married, she sent for him and they relocated with her husband in Harlem. In December 1941, Pearl Harbor was attacked. The following year, Jimmy’s uncles were drafted. So at age twelve, he went back to South Carolina to work with his grandfather on the farm.

Jimmy stayed in South Carolina until the war ended in 1945. Then he returned to New York and got a job as a delivery boy in the garment district. He also began boxing in the Police Athletic League.

Boxing in the 1940s was a mainstream sport and deeply ingrained in the fabric of Harlem. Joe Louis ruled the world but Sugar Ray Robinson was the local hero.

“I used to watch Ray work out at a gym on 116th Street,” Glenn recalled. “Ray had magnetism. He was something special. He was a partying guy; and to tell the truth, I’m more of a homebody. But Ray made the whole community proud. Everybody in Harlem was happy just to look at him. The first big fight I saw was Sugar Ray Robinson against Tommy Bell [on December 20, 1946] at Madison Square Garden. Ray won his first championship that night, but it wasn’t easy. Tommy made him work for it. Ray had to call on everything he had to beat him.”

Glenn boxed briefly as an amateur and compiled a 14-2 record with two knockouts. “I was a fair fighter, not a good one,” he admitted. “I started at welterweight and ended up at middleweight. I could box but I wasn’t much of a puncher.”

In his most memorable amateur match, Glenn fought a middleweight named Floyd Patterson.

“He beat me,” Jimmy later acknowledged. “Knocked me down a few times, broke my tooth. But I went the distance.”

Ultimately, Glenn quit boxing. “I wasn’t good enough for it to make sense for me to keep fighting,” he said. But the sport was in his blood. When the Third Moravian Church opened a community center on 127th Street in Harlem, he volunteered to teach youngsters how to box.

“The church gave me the space, but it couldn’t afford any equipment,” Jimmy remembered. “We had some dances and parties to raise money but it wasn’t much. We didn’t even have a ring. I had to teach boxing on the regular floor and we still had twenty to thirty kids a night, six nights a week. Then a lady from a foundation came up to see the place and liked what we were doing and gave us money to do things right. After a while, we started entering kids in the Golden Gloves. We won a team trophy and some individual trophies. And we kept doing it until the church got torn down in the 1970s.”

Over the years, Glenn managed several fighters and trained many more.

“There are times when it’s frustrating,” he acknowledged. “When you get a young fighter, everything you tell them the first few years, they listen. Then, with some of them, they become stars in their own mind. Everybody gets their ear, and they forget where they came from and what brought them from where they were to where they’re at. They start wanting to change the way they train. You got to beg them to do things, and they still don’t do it. Or they do what you say, but they don’t do it like they did when they were starting out.”

There was also the business side of boxing. Glenn spoke openly about that aspect of the sweet science.

“Managers and trainers dream too,” he said. “You teach a kid. You give him thousands of hours. The kid quits; you bring him back. He gets in trouble with the law or with a girl, and you help him out. You put a foundation under him. You give him your heart. Then the kid starts to look good. He turns out to be that one in a thousand who’s really good. And all of a sudden, some guy walks in, offers the kid a salary, a bonus, and he’s gone. That’s always the way it is with amateurs on account of you can’t sign an amateur to a contract. And with a pro, even if you have a contract, where are you gonna get the thousands of dollars in legal fees to enforce it? So you sell the contract or it isn’t renewed when it expires. Guys like me dream of a champion. But when a fighter hits ten rounds, the big money pushes the little guys out.”

“The best thing about boxing is that it teaches respect,” he said. “You take a kid off the streets. He’s angry and scared and beefing about the system. But after a few weeks in the gym, it’s ‘yes, sir’ and ‘no, sir’ and the lessons of discipline and hard work set in. Before long, the kid starts to make something out of himself and believe in himself. Kids in the gym want to learn. That’s why they’re there. People hear about the fighters who become champions. But a lot of young men who never go beyond the amateurs get good jobs and become good citizens because of boxing.”

Glenn was married twice. His second union lasted until his wife’s death after more than forty years of marriage. It was also a point of pride for him that, while he dropped out of school in eighth grade, six of his seven children graduated from college.

Meanwhile, through it all, Jimmy owned restaurants and bars to make ends meet. Les Nanette’s on West 43rd Street in Manhattan was the first. Two more establishments came and went. Jimmy’s Corner – a blue-collar bar on 44th Street between 6th and 7th Avenues – has survived for four decades.

“It’s just a bar,” Jimmy said. “Just a bar is easier. You don’t have to worry about food and cooks. I’d rather run a gym than a bar, but you can’t make a living running a gym. The rent’s too high.”

Jimmy Glenn was a link to boxing’s past and one of the few people who was universally respected in boxing. I’ve written about the sweet science for decades, and there are very few people who I’ve never heard anyone say anything bad about. Jimmy was one of them.