Evander Holyfield announces he is also coming back for exhibition bouts 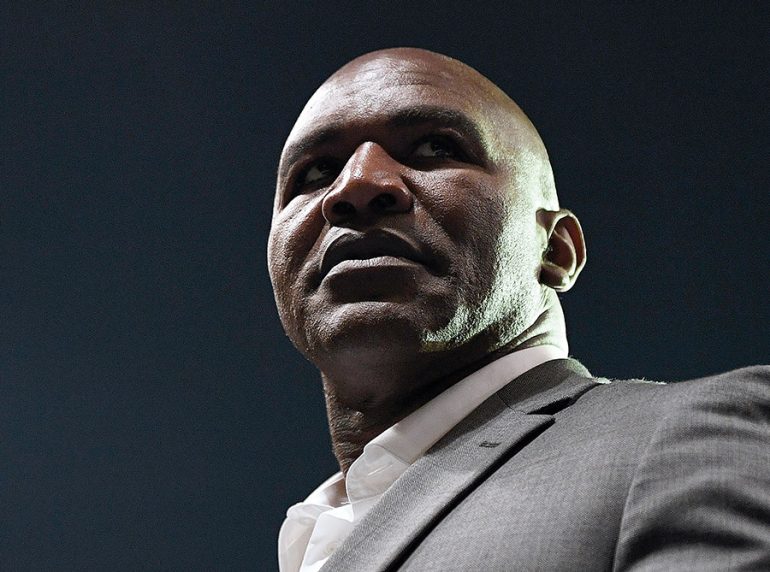 Evander Holyfield announced Wednesday that he, too, will be returning to the ring for a series of exhibition bouts, a week after former rival Mike Tyson made a similar announcement.

“The moment you’ve all been waiting for…. The Champ is back!,” Holyfield, 57, wrote on his social media posts. “I’d like to announce that I will be making a comeback to the ring.”

The former undisputed heavyweight and cruiserweight champion Holyfield (44-10-2, 29 knockouts) hasn’t fought since 2011, when he stopped former contender Brian Nielsen in ten rounds in Denmark. The Atlanta-based ring legend was inducted into the International Boxing Hall of Fame in 2017.

Whereas Tyson’s cause is less defined, Holyfield announced that his exhibition bouts would benefit the Unite4OurFight organization, which he says in his post “aims to provide students the resources they need for emotional development and education.” Holyfield is among seven people listed on the group’s advisory board.

Are you ready? The moment you've all been waiting for…. The Champ is back! ? I'd like to announce that I will be making a comeback to the ring. I'm training to promote a charity that's very close to me. Our #Unite4OurFight campaign aims to fill the void the pandemic has created on access to resources our youth needs for emotional development and education. #Unite4OurFight #learning #education #champ #protectouryouth #youthdevelopment #boxing #onlineeducation #therealdeal

The video released by Holyfield showed him to still be in fantastic physical condition as he jogged around his complex and pounded the punching bag.

The timing of their announcements immediately sparked speculation about a third meeting between Tyson, 53, and Holyfield. In their first meeting, Holyfield stopped Tyson in round 11 back in 1996 to win the WBA heavyweight title. Their rematch the following year was one of the most controversial bouts in boxing history, as Tyson was disqualified in the third for biting Holyfield twice on his ears.

“There is no date, venue or opponent locked in just yet,” Holyfield’s manager Chester Johnson tells The Ring. “We are fielding through opportunities right now.”

Tyson and Holyfield have since reconciled, and have collaborated on a number of appearances, including a Foot Locker commercial where Tyson arrives at Holyfield’s door to give him back the part of his ear he had bitten off, as well as a lengthy joint interview on the Oprah Winfrey Network.

Their fights have been as profitable as they have been controversial: the two meetings sold a combined estimated total of 3.6 million pay-per-view buys.