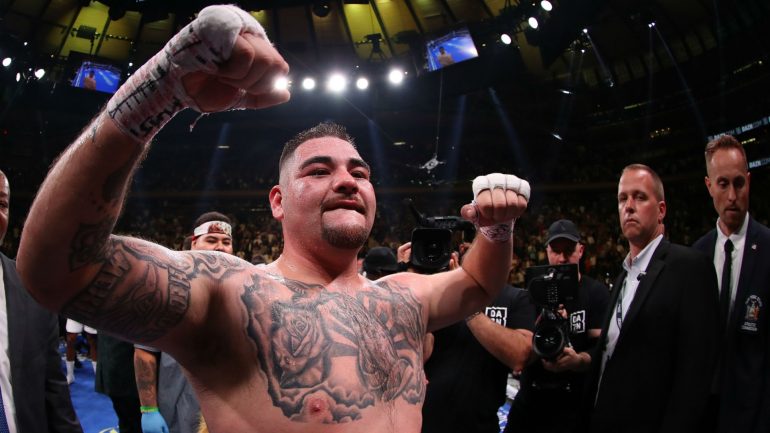 05
May
by Francisco Salazar

“Welcome to the team, Andy,” Reynoso stated in a post along with the hashtag ‘No BoxingNoLife.’

Ruiz (33-2, 22 knockouts), who resides in Imperial, Calif., pulled off a shocking upset victory over Anthony Joshua on June 1, overcoming a knockdown in round 3 to drop the previously-unbeaten fighter multiple times before the fight was stopped in round 6. With the victory, Ruiz won the IBF, WBA and WBO heavyweight titles.

The 30-year-old would put on over 15 pounds in the rematch over six months later, losing to Joshua by unanimous decision in a lackluster effort. Almost two months later, Ruiz and Robles parted ways, although Robles was reportedly not happy with Ruiz for not taking training for the rematch seriously.

There were rumors afterwards of Ruiz seeking the services of trainer Teddy Atlas, but discussions between the two reportedly fell through. Atlas made a comment in the Daily Mail in late March that training Ruiz would be like “dealing with a drug dealer.”

“He’s got a problem with eating,” Atlas told the paper.

Reynoso, who resides in Guadalajara, Mexico, trains his fighters out of San Diego, Calif.