Watch: Mike Tyson, 53, is still ferocious on the punch mitts 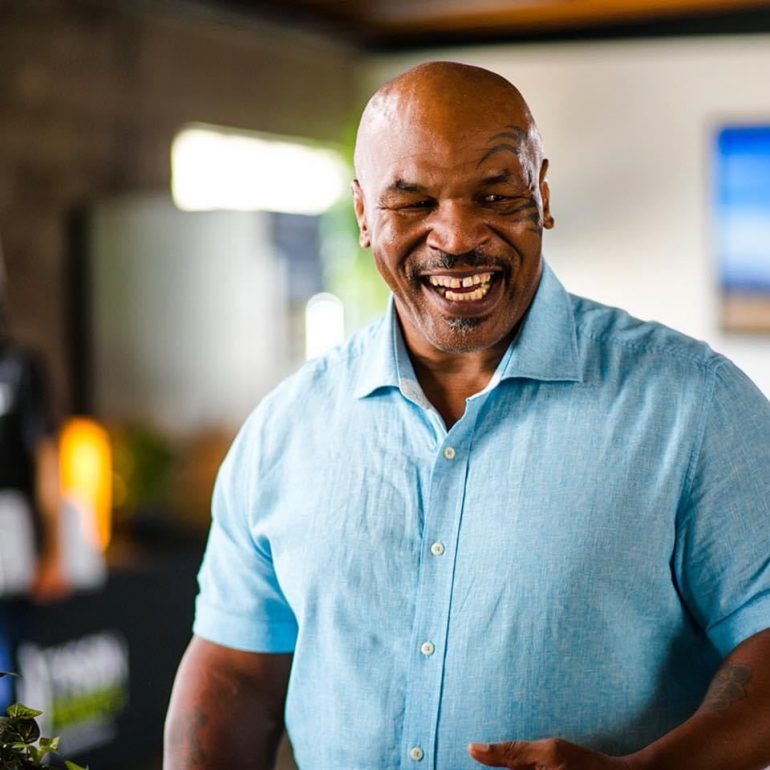 Photo from Tyson's Facebook page
01
May
by Ryan Songalia

Mike Tyson still appears to have some “Iron Mike” left in him after he posted a video Friday of himself lighting up the punch mitts.

The 53-year-old Tyson, once known as “The Baddest Man on the Planet,” showed he’s still a pretty bad man in the brief clip, blasting in a 1-2-3, before digging twice to the body protector, then weaving to land a right hand.

Tyson, whose last fight was a stoppage loss to Kevin McBride in 2005, revealed last week that he was considering a return to the ring for a series of 3 or 4-round charity exhibitions to benefit homeless people and those struggling with drug addiction.

Tyson (50-6, 44 knockouts) became the youngest heavyweight champion in history at age 20 in 1986 when he knocked out Trevor Berbick in two rounds to win the WBC title, which he promptly unified to become the undisputed champion.

He later won a pair of heavyweight titles in 1996 after leaving prison, and was inducted into the International Boxing Hall of Fame as part of the class of 2011. Tyson briefly returned to boxing in 2006, appearing in an exhibition against former sparring partner Corey Sanders in Youngstown, Ohio.

As for his current regimen, Tyson is still working out harder than many people half his age.

“I do two hours on cardio, I do the bike and the treadmill for an hour, then I do some light weights, 300, 250 reps. Then I start my day with the boxing thing, I go in there and hit the mitts, 30 minutes, 25 minutes, starting to get in better condition,” said Tyson.