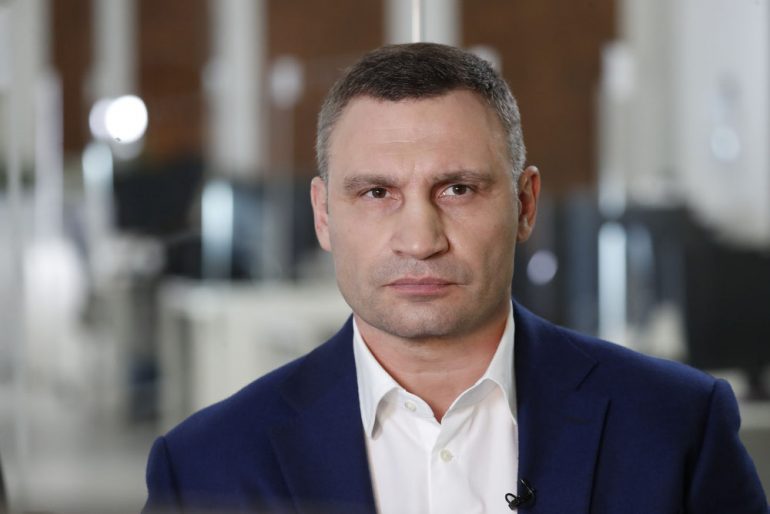 01
May
by Gareth A Davies

Vitali Klitschko was a leader as a heavyweight world champion and has become an even greater leader as the Mayor of Kyiv, the capital city of Ukraine, with the coronavirus pandemic proving that his brain is as formidable as his brawn once was in the ring against the world’s elite boxers. Klitschko always had that air about him, that he was a leader of people. And few will forget that monumental battle with Lennox Lewis all those years ago, one of the very first clashes of the modern “super heavyweights.”

But on to the present, to very pressing matters involving life and death — and not in the ring. A fight of a different kind. The fact that Kyiv is twinned with Wuhan, China, saw the popular boxer-turned-politician move with alacrity in his homeland. He created a taskforce as early as January to buy equipment after learning first-hand of the dangers of the pandemic, and he enforced an early lockdown of the city. It has been mightily effective and has been one of the heartening stories from around the world during the time that this virulent disease has caused plight everywhere. By mid-April, there were only 19 virus-related deaths in Kyiv, a city of 2.88 million citizens. 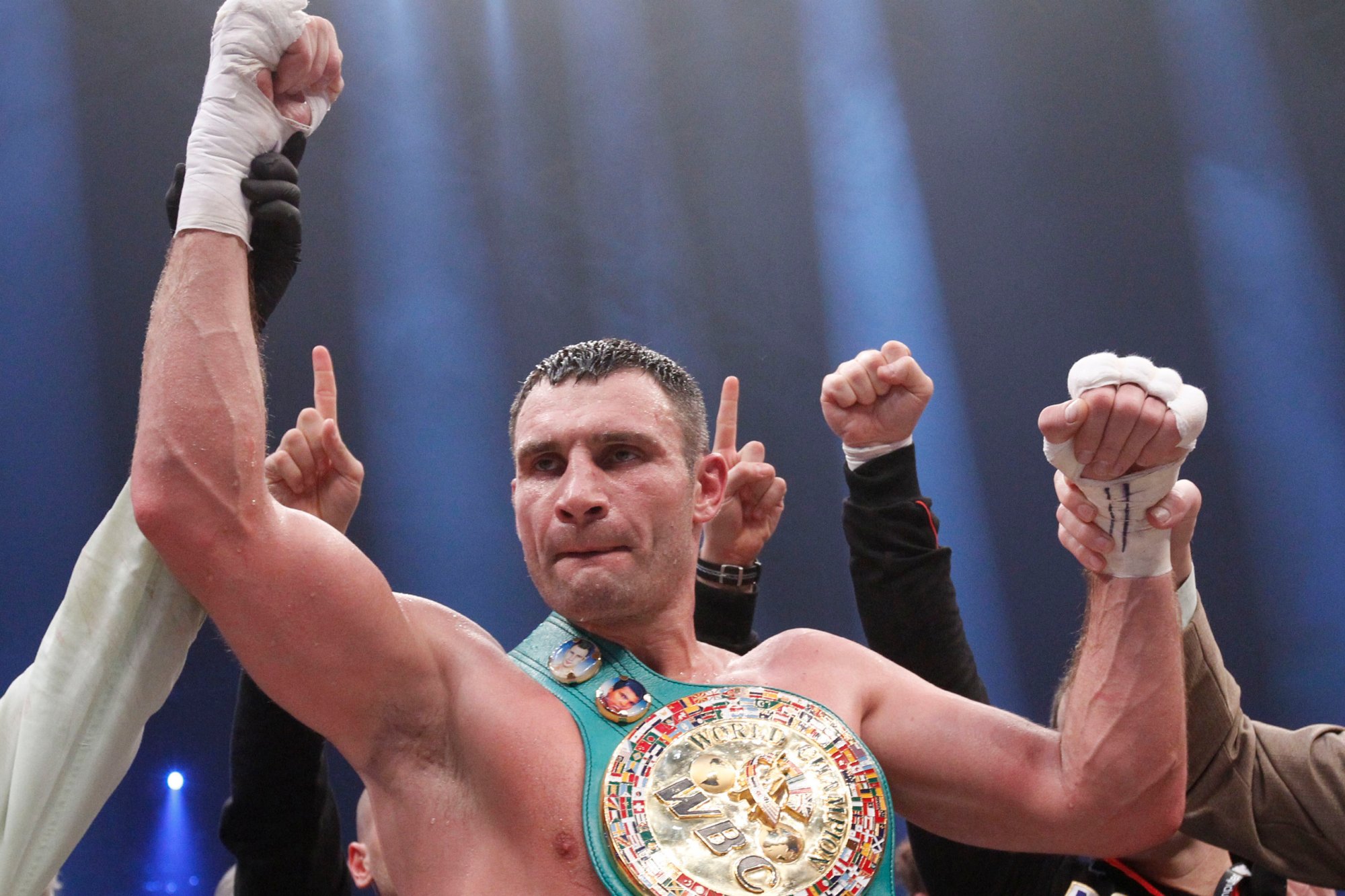 In boxing terms, Klitschko retired from boxing with a record of 45 wins and 2 defeats, with 41 knockouts. He made his final ring appearance (and final defense of the WBC title) with a stoppage of Manuel Charr in September of 2012. The vacant belt was captured by Bermane Stiverne in 2014, who lost it to Deontay Wilder the following year. We know what happened in the subsequent six years as Wilder’s dominance grew and then ended with a defeat to Tyson Fury.

Klitschko was already a prominent figure in Ukrainian politics when he retired, and since then he has developed further, taking much that he had learned in a decorated ring career into a more murky world, in many ways. If you can survive in the ring, surely you can survive in the cut-and-thrust of political life. Raised as the son of a Ukrainian military attache, Klitschko stood up powerfully to Russian president Vladimir Putin six years ago in the troubles over the forcible annexation of the Crimean Peninsula by Ukraine’s burly neighbors. It is one of the reasons why Klitschko is being talked about as a future president of his country. Now is no different.

“My top priority is that Kyiv gets through the hardships with minimum damage. We will restore the economy, but no one can resurrect people.”
– Vitali Klitschko

Responding from his mayoral office in Kyiv, which is currently on alert 24 hours a day, Klitschko told me in an exclusive interview that the relationship between Kyiv and Wuhan has played a part in helping to stem the spread of the pandemic. “You know, Wuhan is one of Kyiv’s sister cities. We contacted the experts there and they kindly shared their expertise and practices that helped them contain the spread of the virus. They also provided guidance on how doctors and nurses who are at high risk of becoming infected can stay protected and safe. 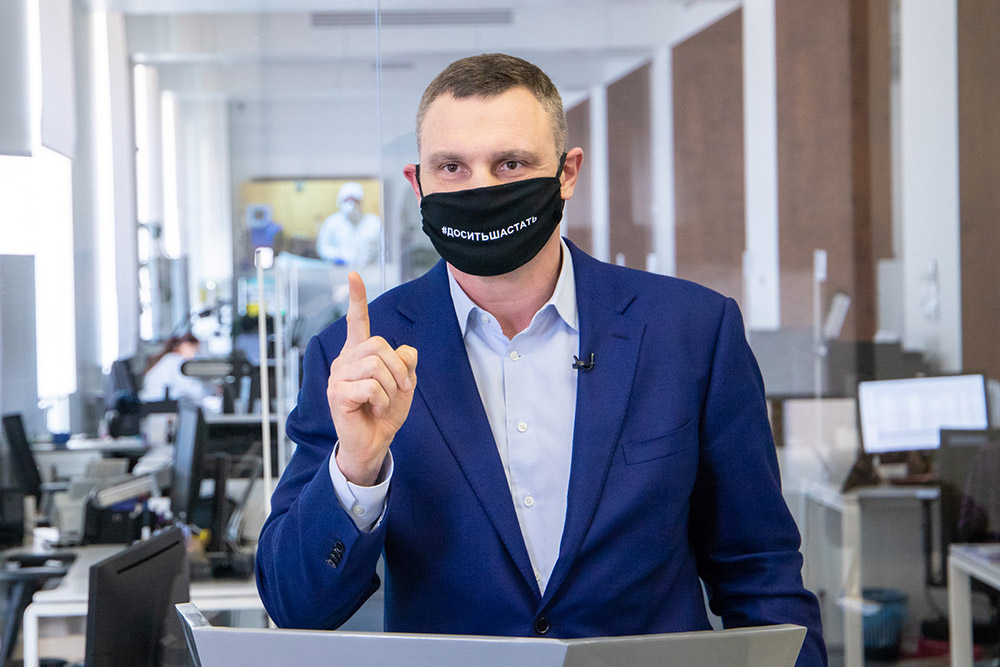 “We used their guidelines and recommendations in our coronavirus-related decision-making process. I also asked the opinion of the chairman of the Berlin-based Robert Koch Institute. I am certain that early imposed severe restrictions bought us the time we nееded to slоw dоwn the spread of the disease. The situation here is still stable and we have escaped the Italian or Spanish scenarios for Kyiv so far.”

Maintaining contact with the mayors of German, Austrian, Chinese and U.S. cities to learn their responses, Klitschko insisted that Kyiv had to be “ready to upgrade the coronavirus strategy accordingly and decide on our further steps,” explained the 48-year-old former Ring Magazine champion. “As early as late January, the city formed a taskforce and since then has been purchasing ventilators. For instance, while Ukraine issued the quarantine order on March 12, by March 10, Kyiv had received the first pre-ordered batch of coronavirus testing kits. The first pandemic measures in Kyiv were taken on March 11 and escalated by March 17. By the end of March, seven hospitals had been set up as dedicated coronavirus facilities. Now there are 14 such hospitals, which can hold up to 1,700 infected people. We continue to stockpile the protective gear, medications, ventilators and equipment. I want to underline that the city budget covers all expenses related to the coronavirus pandemic, including those purchases.”

Klitschko has taken the role on his very broad shoulders, preparing meticulously, as indeed he did as an old-school heavyweight. “The responsibility is enormous. We are talking here about the health and lives of millions of people. As mayor of Ukraine’s capital city, every day I have to deal with plentiful problems. Now Kyiv is under strict quarantine, which means I am facing absolutely new and the most pressing challenges, which I have never encountered before. And I do everything I can to stop the virus from spreading and protect Kyivans. I use all available tools, best practices of other cities and countries. At the moment, we all are working non-stop, 24 hours a day, and I almost live in my office.”

In the ring, the 6-foot-7, 250-pound fighter never backed down from a challenge. He has carried that with him into his post-boxing life. 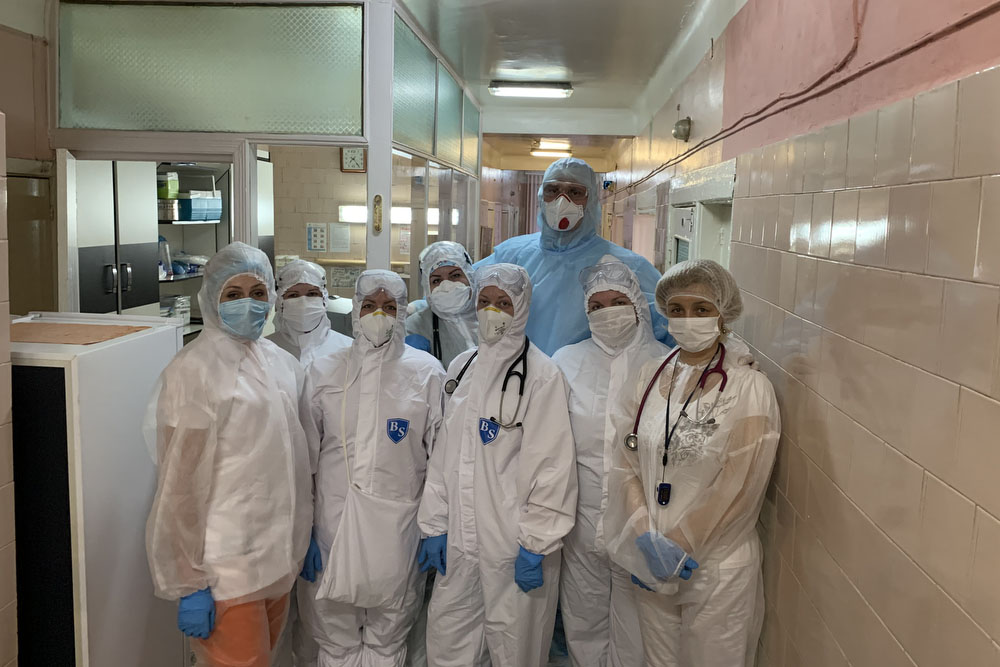 Can you guess which one is Vitali?

What did he learn from boxing that has helped him now with this dangerous pandemic? “The will to win, persistence in the face of difficulties aplenty, a willingness to fight tooth-and-nail are equally important in public service as well as sports. I continue to study, you might say, every day. I never hesitate to seek advice and learn new things.”

“It is no easy task (to make strong decisions in the face of the pandemic). Behind the tough decisions are economic losses of small and medium businesses, a low level of ordinary people’s well-being, cutbacks in many municipal projects, disruption to normal life and the frustration of city residents.”

Klitschko explained: “Advisers recommend me not to deliver bad news, saying they are bad for my political image. They say, ‘Let other officials report the statistics.’ But I think otherwise. As mayor of Kyiv, who is responsible for the city’s well-being, I have to report the full picture of what is happening, our response to stop the outbreak and the full scope of the threat that Kyiv faces. This is why every day I hold an online news briefing. Today’s situation is not about one’s popularity or a polished image. This is no joke. This is a matter of people’s health and lives. Tough times demand tough decisions. My top priority is that Kyiv gets through the hardships with minimum damage. We will restore the economy, but no one can resurrect people.” Wise words indeed, expressed in a heartfelt and empathetic way.

“No one could have ever predicted the huge human and economic toll for all countries worldwide,” Klitschko said. “Even the most well-developed public health systems, such as the one in the United States, are unable to deal with a growing number of critical care patients. No one can predict how the pandemic will progress. But I think it is feasible to reduce the pandemic risk. And so much of that depends on our actions. Such simple things as hand washing, staying at home, and seeking medical help early can save lives.” 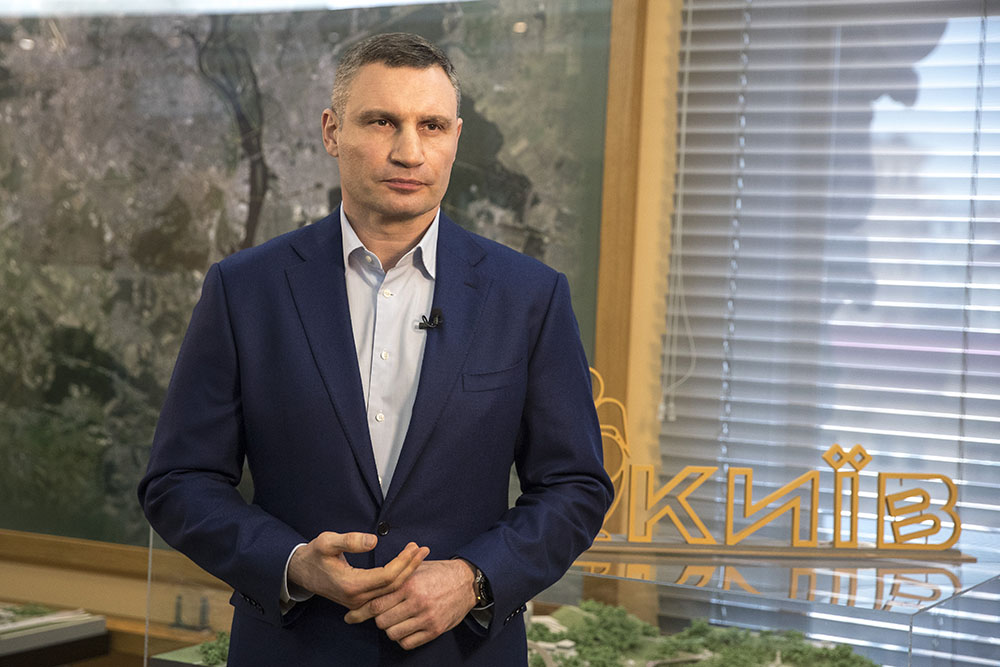 Klitschko’s advice to the world listening for what he has learned first-hand is thus: “Every day, I appeal to Kyivans and the Ukrainians. Everything I say to them can be said to people across the world. Take good care of yourself, respect the restriction rules. This is a matter of your health and life and also of the health and life of your loved ones. The main thing we all can and have to do now is to prevent the infection spike that will lead to a collapse of public healthcare. The solution is simple but yet difficult: To stay home means to stay safe.

“Speaking globally, I want to warn against the situation when countries are left to combat the coronavirus on their own. We must help and support each other to get through this crisis together.”

He added: “The virus is indifferent to your skin color, race or religion. This is a global threat against which we must stand together. Learning from best practices, mutual support and joint effort are vital today. In this new coronavirus reality, we must find new ways to support each other despite the closed borders and distancing.”

Is it irresponsible of some people in the world saying that this is a conspiracy? “It is. We see that almost all countries are аffесtеd by the раndеmіс. We see the huge death toll. Conspiracies undermine trust for the official health care and provoke people to downplay the seriousness of the infection, which is very dangerous. You know what ? All conspiracy talks vanish when a person has tested positive for the coronavirus. The desperate situation leaves neither time nor desire for conspiracy theories.”

Once a fighter, always a fighter, they say. And Mayor Klitschko sees this as his greatest fight to date. “I would never have thought I could work non-stop for so long. Now my work day is almost 24 hours a day, all week long, and I can’t see when I will return to normal life. Since I am responsible for everything that happens in Kyiv, during this pandemic the challenges are particularly plentiful. But I firmly believe we will overcome them.”