Karlos Balderas signs with new managers, vows to bounce back from first loss 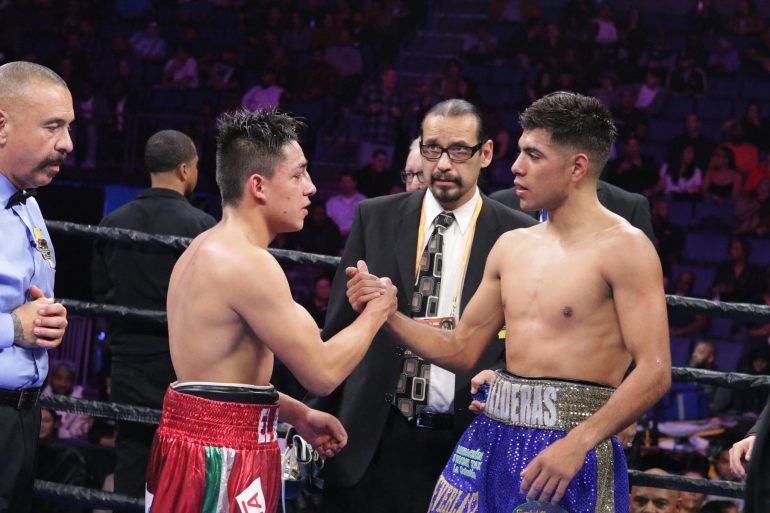 Churchill Management is made up of actor/ directors Mark Wahlberg and Peter Berg, along with boxing manager Sam Katkovski.

Balderas (9-1, 8 knockouts), who resides in Santa Maria, California, has not fought since December 21, when he was dropped twice before suffering the first loss of his pro career at the hands of Rene Tellez Giron in round 5 in Ontario, California.

The 23-year-old received bad news in early April when his uncle was hospitalized by the novel coronavirus. Despite being in a medically-induced coma, where he was also put on a ventilator in the intensive care unit of a local hospital, the family received word last week that his uncle was on the road to recovery.

“I’ve always dealt very well with adversity,” said Balderas, who represented the United States at the 2016 Olympic Games. “Every setback has always helped better me and propel me to the next level. In the long run, I’ll come out on top.

“I’m stepping it up inside and outside the ring and that’s why I’ve joined Churchill Management to help take me to the next level. They have a proven record of success with their fighters and I’m honored to be part of their team.”

“I’ve been interested in working with Karlos since the 2016 Olympics,” said Katkovski. “He has enormous talent and possesses a million-dollar smile. He’s a marketer’s dream. I look forward to working with Premier Boxing Champions and Ringstar Sports towards building Karlos into a World Champion.”

“Karlos Balderas’ vicious body attack and lightning speed combinations make him one of the most dangerous prospects in boxing,” said Berg. “I’m very excited to start working with him.”