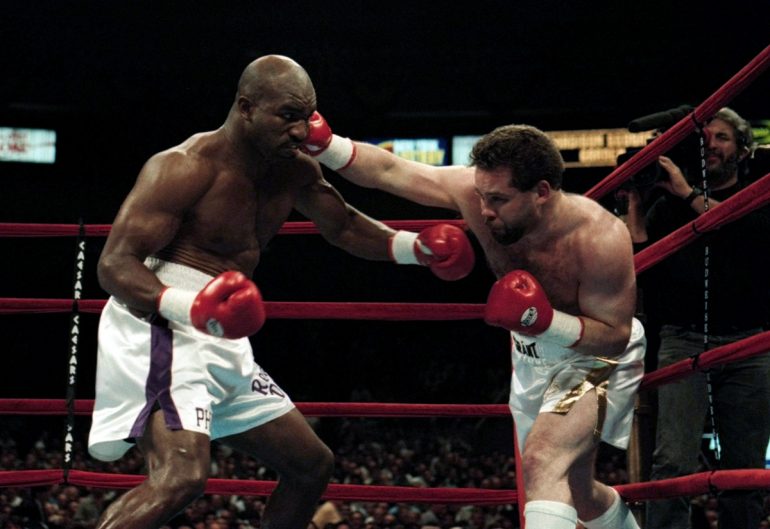 Before there was Arturo Gatti, there was Bobby Czyz, an action fighter with boxing skills who possessed matinee-idol looks, and the brain power to launch the Space Shuttle. 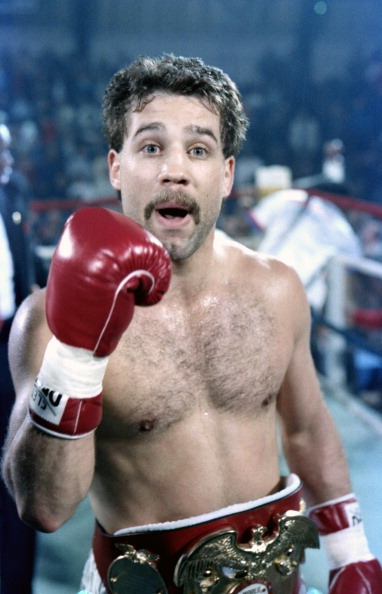 Bobby Czyz circa 1986, after stopping David Sears in one round. Photo / The Ring Magazine via Getty Images

Anyone tuning in or running to Atlantic City’s Conventional Center knew what they were going to see in Czyz (44-8, 28 knockouts). His pro debut came when he was 18 and he captured the first of his two major titles at 24, when he won the IBF light heavyweight belt. He went on to win the WBA cruiserweight title in 1992, and continued fighting to 1998. Younger fans may know Czyz as the color analyst for Showtime, calling the infamous “Bite fight,” between Mike Tyson and Evander Holyfield on June 28, 1997.

It was Czyz who uttered the famous phrase, “He got bit on the ear. I can’t believe what I’m seeing!”

Older fans know him as a no-nonsense, straight-shooter who gave up size and power to take on heavyweights, inclulding Evander Holyfield and Corrie Sanders.

“I’m pretty proud of my career, fighting 18 years, in six different weight division winning three world titles, so I don’t think I did too bad,” said Czyz, now 58, and a member of the Atlantic City Boxing Hall of Fame. “Slobodan Kacar was supposed to beat me, and he just beat Eddie Mustafa Muhammad, so the fight was set up, and I beat him. When I was 10, in September of 1972 and my father took me to the gym, and me and my two brothers didn’t have a choice. I always wanted to please my father, and he was a very vicious disciplinarian—and I do mean vicious. I always wanted to please my father.

“I was obsessed with getting boxing right. Joe Grier taught me how to fight; he taught me soul. He taught me how to separate my arms, my head and from my body from each other, how to slide and slip. If not for Joe Grier, I wouldn’t have won a world title. So, beating Kacar was a great moment for me.”

He was charming. He was handsome, but fought his demons. On June 12, 1983, Czyz, who was 21 at the time, found his father, Robert Czyz Sr., dead in the family room of their home after committing suicide. He had his troubles outside the ring, though seems in a good place today.

Czyz, who splits time between Florida and New Jersey, fills his time helping a friend deal with their disabled parent. Czyz suffered a life-changing car accident that affected his short-term memory, yet he took the time to break down the best fighters he faced by category for The Ring. 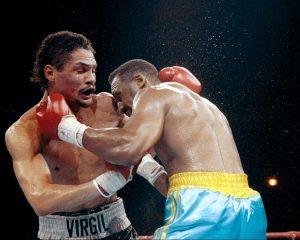 BEST DEFENSE
Virgil Hill: Prince Charles Williams was very difficult to hit, but Virgil Hill was impossible to hit. I got one shot in there. I used to say for years that Roy Jones was so quick defensively that no one ever hit him to see if he’s tough. As he started getting older and slowed down, he got knocked out two times in a row. Virgil Hill had great balance and great range, plus his reflexes were terrific. He was very hard to time, because he changed directions so often.

FASTEST HANDS
Hill: He was lightning on his feet.

FASTEST FEET
Hill: That was the thing with Virgil, tracking him down and getting him. You try and corner him and he was difficult to find.

BEST CHIN
Mike Fisher: My hands were hurt for weeks after hitting him. Mike was just a really tough fighter. You could hit him with a baseball bat and nothing would happen. I hit Mike with a four-punch combination. I broke his nose, split his mouth open. He was spitting blood all over the place. After I was done, Mike says, “I missed that one.” I turned around and I thought he was talking to someone behind me. The guy was crazy, but he was a good fighter.

Hill: Once again, I give the nod in this category to Virgil. At the pre-fight press conference, Eddie Futch, his trainer, says to Virgil, “If this kid fights as well as he speaks, we’re in for a really long night.” Virgil is a really intelligent guy, and he used it in the ring. It was smart of him to do so. It was the right thing to do.

Fisher: He was like a bull. You could literally beat on him for the rest of his life and he would just keep on coming. He was tough as nails. He was really strong. The problem he had against me was that I was quicker than him, and people didn’t realize that I could box. When I fought Robert Daniels, he knew he was stronger than me and he thought he could run right through me. My original game plan was set to use more aggressiveness, and I had to change my game plan. I stepped around him and Daniels was asked after the fight, he said, “I had no idea he could box like that.” Now as far as the hardest I’ve ever been hit my life, that goes to Ray Mercer. That came in sparring. That was with 18-ounce gloves. Ray hit me so hard I thought pieces were falling from the ceiling.

BEST PUNCHER
Willie Edwards: Willie was a good puncher. If you watch the tape of our fight, he technically did drop me in the first round. If you watch the tape and see the first round, he hit me with a right so hard that it propelled me to the ground. My chin didn’t even move. He just drove me to the floor. Mike Fisher was also a big puncher. Willie Edwards knocked me down in the first round, and I knocked him out in the second for three minutes. Willie was built well and threw all of his weight behind his punches. Willie was a great puncher, but he had no chin. I told everyone our fight was going to be a donnybrook.

BOXING SKILLS
Hill: Virgil was one of the smoothest, sharpest boxers in the world. Virgil was a lot like Roy Jones. He was someone very hard to catch up to, because you can’t hit what you can’t catch. Virgil was also very good offensively.

BEST OVERALL
Evander Holyfield and Corrie Sanders: Evander was the greatest fighter I ever faced. Vince Lombardi has the great quote, “Fatigue makes cowards of us all.” That applied to my fight with Evander. He didn’t train that hard for the fight, because he fought some of the biggest, toughest guys in the world. I was no threat to him. I knew he didn’t train very hard, so come around round four and round five, I’m still hanging around. I was still there, and now, he was getting tired. He couldn’t change the fact that he shot his load and the lactic acid build up was giving him trouble punching. I am not a better fighter than Evander Holyfield. Never was, never will be. I didn’t have his height, his weight, his reach, his assets, but he put something in my eyes. I couldn’t see a thing the next round. Bert Cooper told me the next day after my fight that the same thing happened to him with Holyfield. Technically, the best fighter I fought was Corrie Sanders. He was a big man, 6-foot-4, 240 pounds who had speed like a lightweight. It was unbelievable how fast he was. You couldn’t get away from, no matter where you walked, and he threw a lot of punches.