Eddie Hearn says he regrets not signing Tyson Fury in 2017 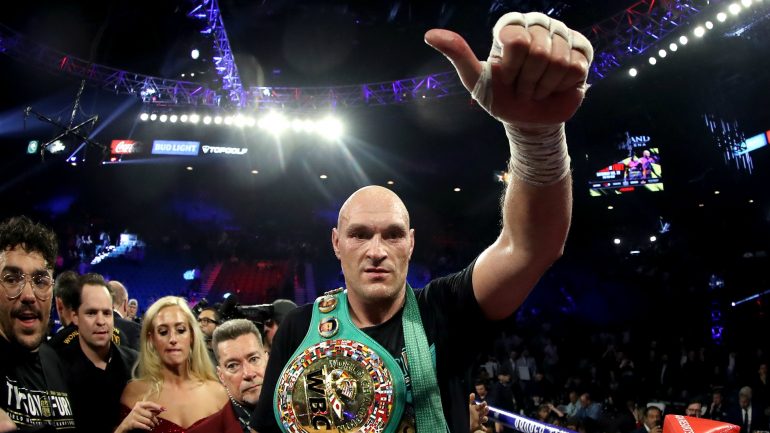 Eddie Hearn concedes he has regrets over not signing Tyson Fury three years ago, but he also says he did not think the “Gypsy King” would fight again.

Hearn said he had tentative discussions with Fury about joining his Matchroom stable when the pair were in Monaco in 2017, but a deal was not agreed.

Fury had battled problems with recreational drugs and depression in the two years after dethroning WBA, WBO and IBF heavyweight champion Wladimir Klitschko, while also seeing his weight balloon past 375 pounds.

In an interview with “Doing the Rounds,” Hearn was asked if there was a fighter he regretted not signing, to which the British promoter replied: “I guess you could say Tyson Fury.

“I had a chance to sign him. I was in Monaco, I think I could have signed him.

“I didn’t want to give him the fights that he wanted to take at the time, because I thought it was just too much money and the fights weren’t good enough – and I probably should have done it, to be honest with you.

“I looked at him and I thought, ‘You ain’t ever going to come back anyway, look at the size of you,’ but he surprised everybody and how wrong I was.

“Fury is definitely up there, and there’s a few others. A few American guys that I probably had the chance to sign as well.”