Marc Castro is ready to wake up the boxing world 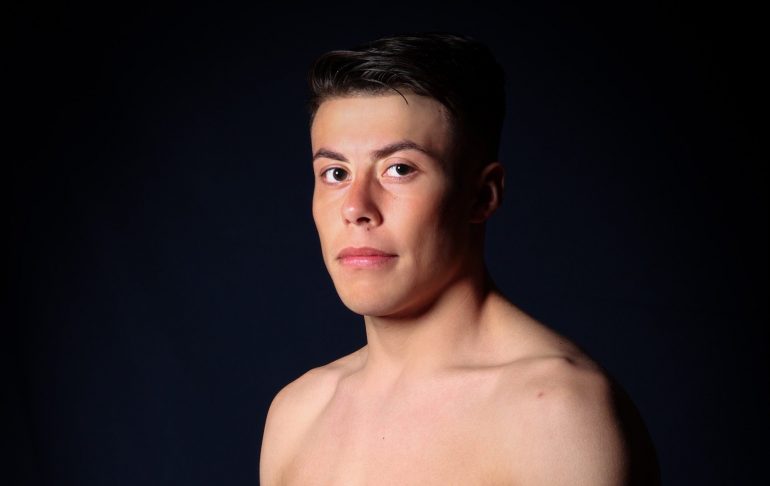 Marc Castro had no appreciation for the rivulets of sweat that would later define him. Not then at least. He put his head down, kept his mouth shut and never complained. Marc’s insides, however, were churning. He could not tell his father that his attention was elsewhere; that their late-afternoon boxing sessions at the park gym felt more like a chore than anything an eight-year-old could enjoy, like basketball or soccer.

Those were Marc’s true loves.

So, Marc devised ways out of boxing. Feigning sleep was his best excuse. He still trained. He began entering tournaments. He started winning. But he kept playing soccer and basketball. He wanted to be Cristiano Ronaldo or Kobe Bryant, not Floyd Mayweather.

Reality hit his high school freshman year. Standing a whopping 4-foot-10, and weighing a robust 85 pounds, Marc was cut from the freshman basketball team, deemed “too small.” Soon after, he grew sick of soccer, when nepotism on a club team he played for ruined his view of that sport.

His galvanizing moment came standing atop a podium on a snowy Saturday in St. Petersburg, Russia, in 2016. Then 17, Castro won the gold at 123 pounds in becoming the second boxer in U.S. history to win consecutive Youth and Junior World Champions, joining Shakur Stevenson.

“That made all of the hard work and all of the sweat pay off,” recalled Marc, who beat current U.S. amateur standout Keyshawn Davis three times. “I like winning. I’m a big Kobe fan and he would do anything to win. Winning in Russia was a life-changing moment. It’s when I started to really think I could start doing something with boxing.

“It’s funny, because I used to fake I was asleep to get out of boxing. Now I can’t wait to get to the gym.”

Castro, who will turn 21 on August 19, will unfortunately have to wait for his pro debut due to the Covid-19 pandemic. He was scheduled to debut on the Regis Prograis-Maurice Hooker undercard last weekend at the MGM National Harbor in Oxon Hill, Maryland, or the Canelo Alvarez-Billy Joe Saunders undercard in Las Vegas that was aimed for May 2.

Castro, who was the valedictorian of Sunnyside High School, will have to wait for that chance to arrive.

In the meantime, he’s taking college courses at Fresno State, where he’s a sophomore majoring in kinesiology and sports administration, and staying in shape.

Marc actually started in boxing when he was just a few months old. His father, Tony, would take him to a gym he owned in Fresno. Marc, who’s a twin, 10 minutes older than his sister, Esmeralda, would sit in his car seat propped up against a wall, while Tony worked with the fighters.

As Marc grew, Tony started him boxing when he was working at a local park.

“I saw some things in Marc when he was young that he didn’t see in himself,” Tony says today. “Marc always fought up in age, and he was usually the youngest and smallest kid in tournaments. Marc was always the underdog. No one ever expected him to win, but he kept winning.”

His success often spurred jealousy on the amateur circuit. It grew to a point where the excuses would surface. “Marc had an easier bracket,” they would say. “Marc got an easy judge,” it would be floated back to him.

Marc was far more accustomed to his father’s coaching than at U.S.A. Boxing, and Tony wanted more attention paid to Marc.

“I felt like they were ignoring him,” Tony said. “I stepped in. The coaches there were teaching him how to box. Growing up, I didn’t coach Marc to box. I coached Marc to fight. There is a difference. It’s why Marc fights the way he does. U.S.A Boxing let me teach Marc.”

It explains Marc’s pressure style. He’s able to throw punches from various, awkward angles. He doesn’t throw traditional combinations. He might start with a jab. He might start with a lead right hand, or an uppercut to the body. That leaves opponents guessing where and how to defend themselves. His constant pressure is also mentally grinding on foes. Castro prides himself on being a willful fighter—and his will will win.

Marc, who’s sprouted to 5-foot-8, will start as a featherweight, but his grand plan is to keep climbing to eventually fight at 154. He’s promoted by Eddie Hearn’s Matchroom Boxing USA and managed by 2019 BWAA Manager of the Year Keith Connolly.

All the pieces are in place.

Marc’s only obstacles appear to be time and the coronavirus that has put the world on lockdown.

“There’s no doubt Marc can be a world champion one day and be a crossover star,” said Connolly, who also has rising stars Nikita Ababiy, Reshat Mati and Edgar Berlanga. “Marc is really the total package. I like his relentless style. He has a great look to him, and right now, we have plenty of time.

“Eddie wants to push Marc and has given him the option of fighting as much as he wants.”

It doesn’t appear that Marc will sleep on that opportunity.