Diego De La Hoya: ‘I am going to put more effort into my game. I want to make everyone proud’ 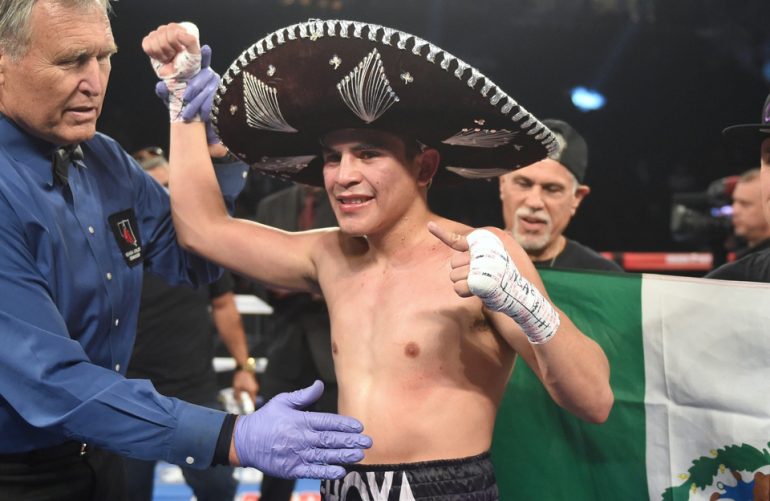 Consider it a blessing in disguise.

Diego De La Hoya suffered his first professional loss last July when he was knocked out by Ronny Rios in six rounds in California. The year 2019 was a rough year for the junior featherweight, who also fought to a two-round no contest on April 13 in Monterrey against Enrique Bernache.

De La Hoya told The Ring this week that the Rios setback was a huge wake-up call: “The loss affected me a lot, but I’m taking it well,” He also implied that he was not giving it his all in training and it had shown in recent outings. De La Hoya (22-1, 10 knockouts), of Mexico, the cousin of six-weight world champion, Oscar De La Hoya, was seemingly on the cusp of a title shot for a while. Then he started having problems making weight.

The 25-year-old came in overweight for his slated December 2017 bout against Jose Salgado. That fight, which was ultimately canceled, was contracted to take place at 124 pounds. De La Hoya tipped the scales at 128.5 pounds.

De La Hoya also had to be pulled from a November 2018 card after he fainted following a rough weight cut. But the past is the past and the fighter wants to honor the family name.

“Losing has allowed me to be more concentrated on boxing,” De La Hoya continued. “I promise, moving forward, that I am going to put more effort into my game. I want to make everyone proud.

“I’ve learned a lot from the Rios fight, and it is only going to enhance my experience in the sport. One loss is not the end of the world.”

The greatest fighters to ever step foot into the ring have had bad nights, rough training camps, and have even come out on the losing end of clashes they easily should have won.

Orlando Salido lost six of his first 15 professional fights, and six of those were by knockout. But like many fighters before him, Salido never gave up, put on some elbow grease, and grinded out a great career. Additionally, Bernard Hopkins, a former two-division world champion, lost his pro debut in 1988. In December, Hopkins, along with Shane Mosley and Juan Manuel Marquez, were named as inductees for the International Boxing Hall of Fame.

De La Hoya has the backing of a top promoter in Golden Boy, name recognition and an understanding of what he needs to do to get to the next level. Now comes the most strenuous part – discipline.