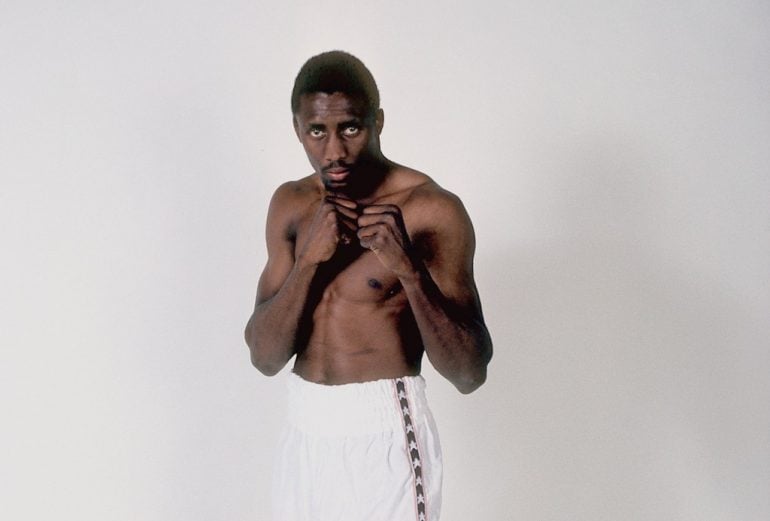 Photo from The Ring archive
22
Apr
by Anson Wainwright

Editor’s Note: This feature was originally published in the October 2018 issue of The Ring Magazine.

Thomas Hearns’ often-frightening blend of speed, power and punching technique helped make him must-see TV during the 1980s. However, it was his fierce rivalries with fellow stars Sugar Ray Leonard, Marvin Hagler and Roberto Duran that made him a legendary boxing figure.

Known as “The Hitman,” Hearns, who stood 6-foot-1, won six world titles in five weight classes, an unprecedented feat at the time. The most explosive member of the celebrated Four Kings was an elite-level boxer-puncher from welterweight to middleweight, and he possessed enough ring savvy to compete as a world-class light heavyweight.

Hearns was born in Memphis, Tennessee, in 1958. He grew up in a large family and moved to Detroit as a child.

Shortly after arriving there, a 9-year-old Hearns was introduced to boxing. He enjoyed a successful amateur career, compiling a record of 155-8 and winning the national Golden Gloves tournament in 1975, but failed to make the 1976 U.S. Olympic team because of a nose injury. He turned professional later that year.

Hearns was a pure boxer as an amateur, but thanks to a rapidly maturing body, a frame built for punching and proper pro technique taught by his coach, Emanuel Steward, he quickly earned a reputation for his power. Hearns was very active, fighting 28 times in less than two-and-a-half years and winning all but two by knockout.

“My best win was probably when I won my first world title against Pipino Cuevas,” Hearns told The Ring. “The thing was, Pipino was known to be a knockout man with the left hook. I knew if I stayed outside of his range and used my jab, I could do a lot of things. I was able to get to him and hurt him.”

In September 1981, Hearns and Leonard, the WBC titleholder, met in a hotly anticipated welterweight unification for full champion status and recognition as the best boxer on the planet. It was billed as Hearns’ power versus Leonard’s skills, but the Detroit attraction turned that notion on its head and proceeded to outbox the 1976 Olympic gold medalist and media darling. Entering Round 14, Hearns was ahead on the scorecards, but Leonard had come close to ending the fight in the prior session. Hearns was unable to recover and Leonard teed off until referee Davey Pearl stopped the fight. 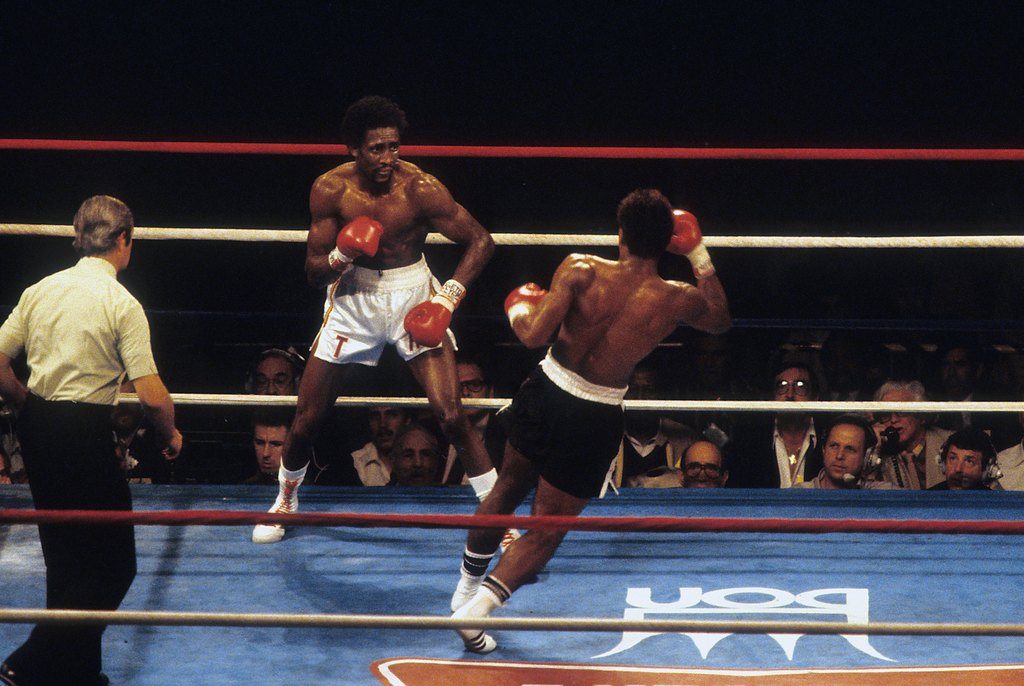 Hearns dusted himself off and stepped up a weight class. After a couple of wins, he challenged Wilfred Benitez, the ultra-talented three-division titleholder from Puerto Rico, for the WBC 154-pound title in the fall of 1982. Hearns won a tactical 15-round majority decision.

He made three defenses of his title, notably becoming the first man to knock out Duran, via devastating second-round stoppage in 1984.

“It was very special,” Hearns said of blasting the great “Hands of Stone.” “Nobody ever did that (to him). I threw a whole lot of great punches (in my career) – a lot of them had that impact; some had a little more impact.”

In April 1985, Hearns finally met Hagler in the ring. The fight fell through twice in 1982 due to hand injuries sustained by Hearns, but the showdown with the unified middleweight champion was a much bigger event on the heels of the Duran stoppage. Both men came charging out, but Hagler weathered the storm and won in the third round of a thrilling classic.

“That was one of the best fights in history, but it wasn’t my best fight,” Hearns said. “I’m a winner and I know how to win. I love to win and I wanted to win that fight. It bothers me; it still bothers me today. I still think about it and wish I could do it over again.

Hearns didn’t let the loss define him, though. He won a couple of fights before claiming the WBC light heavyweight title from Dennis Andries, and then won the vacant WBC middleweight title against Juan Roldan.

Again it was a tight contest. This time it was ruled a draw.

“Me and Ray are very good friends,” Hearns said of their relationship today. “We fought a long time ago. We respect each other.”

The 1980 and 1984 Ring Magazine Fighter of the Year lost his light heavyweight title in a rematch with Barkley in early 1992 and fought sparingly for the remainder of the decade and into the 2000s. He was inducted into the International Boxing Hall of Fame in 2012.

Hearns, now 59, is divorced, has six children and still lives in Detroit. He coaches boxing. He enjoys relaxing by playing basketball and shooting pool.

Hearns graciously spoke to The Ring about the best he fought in 10 key categories.

BEST JAB
Sugar Ray Leonard: He’s slick and very smooth with it. Ray had the ability (and) a quick left jab to keep a person at bay. He had a pretty quick jab. He kept me at bay for a while until I used my jab – and it was no contest. I had a better jab than most guys I fought.

BEST DEFENSE
Wilfred Benitez: He moves his head well and makes you miss a lot. He slides and hits you with jabs and hooks. Benitez was a good, solid fighter. He had great ability. He was a smart guy in the ring and he moved well.

FASTEST HANDS
Leonard: Ray had really fast hands. Not saying I didn’t have fast hands, but it all depended who got their jab off first and who got their punches off first, and that dictated who landed the best shots.

BEST CHIN
Marvelous Marvin Hagler: Hands down. He took a lot of shots and kept coming; that proves he had a good chin.

SMARTEST
Leonard: Again I’d go with Ray Leonard. Ray was smart the way he countered from mistakes, from his jab, his movement. He got in a lot by being slick.

BEST OVERALL
Benitez: I would say Wilfred Benitez was very good. He was slick and very crafty. I like Benitez’s craft. He moved well and fights all around the ring.