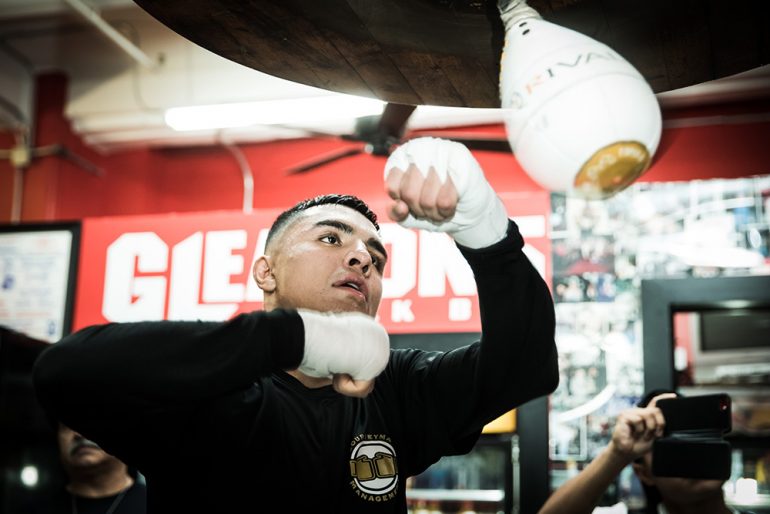 Adrian Granados wants a title around his waist and a slice of history to his name.

He is aware that time is running against him.

Granados has lost three of his last six fights, including two in a row, but the 30-year-old has a renewed sense of optimism thanks to positive feedback from the fans, which has invigorated his drive to accomplish his dream of being a champion.

“It’s all about the fans,” Granados said. “I have a lot of supporters hitting me up and telling me how much they love watching me fight and how exciting my style is.”

The coronavirus pandemic has given Granados a reason to smile. In the past, he has been handed the raw end of the stick in several close, competitive decisions, and no one can blame the Chicago resident for holding a grudge. But Granados is not looking for pity, just results.

“The fans keep me motivated, and I have love for the sport of boxing,” he added. “I can’t complain; I have been accepted in the public eye, and it’s time to move forward and focus on the future.”

Granados was also a close friend of the late Ed Brown, a fast-rising prospect who was gunned down in December 2016 in a drive-by shooting.

“It was heartbreaking,” said Granados. “He was someone that was very close to me that passed away due to gun violence.

“Ed was a good guy, and he had a great story. He came from a very rough upbringing and was making something for himself.”

Brown finished his career unbeaten in 20 bouts with 16 knockouts prior to his death.

When his career is finished, in honor of Brown, Granados would like to do more to address and quell the ongoing conflict of gun violence in Chicago.

“I would love to do more,” he quipped. “There’s a lot of violence on the streets, drug addicts, and just a lot of other problems.”

Granados (20-8-2, 14 knockouts), 30, who made a splash in November 2015 when he scored an upset eighth-round knockout win over former top prospect Amir Imam in Quebec, credits longtime trainer George Hernandez for guiding troubled youth in the right direction.

“George is a blessing to the Chicago boxing community,” he stated. “We need more people like George, who are willing to give back to their community, and I am definitely someone who would be more than willing to do just that.”