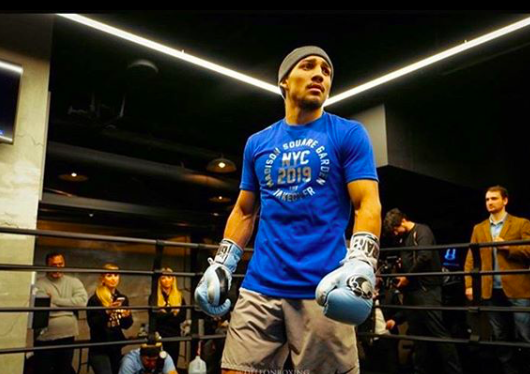 The United States is edging towards selective re-opening, and it’ll be a state by state deal. Places where the virus has ravaged the region, people are not mostly inclined to be thinking about backing off of social distancing, and stay at home efforts.

But in other regions, where fewer infections have occured, and fewer folks know someone who died, or a friend of a friend was hit hard by the respiratory marauder, people are more open to loosening regulations.

The powers that be are mostly listening to the donor class, the business titans, and those people are fixated on keeping their revenue streams running, less so on the health and wellness angle of the pandemic. Capitalism has room for heart and soul and empathy, but what portion of the pie is allotted to those intangibles?

The world keeps turning, and as long as it does, business, a version of it that serves the masters over the masses, needs to keep on keeping on. By the way, I’m not wearing my Bernie Sanders ’16 tee as I write this, I don’t dismiss capitalism as a whole. Indeed, I like systems that give people inducements to suceed, that reward innovation and hard work and dedication to craft. So, I get it, fighters are going to be chomping at their bits, to get back to grinding, and working towards immense and laudable goals.

Teofimo Lopez would have been counting down to an early career definer, on May 30, against Vasyl Lomachenko, in NYC. 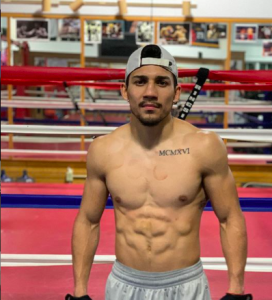 Teofimo Lopez moved to Arkansas, where people aren’t so clustered together, to shield himself from coronavirus. He explains why, in this article.

But The Big Apple became the coronavirus capital of the world, and the pandemic’s touch is putting the whole damn planet off axis. The Brooklyn native spoke on how “The Takeover” is progressing, to Ak and Barak on SiriusXM, and shared that he’s grateful that he’s already made good money, and saved it. Tomorrow isn’t a given, is his basic message, and no one knows what the new world reality might be. And this stood out for me–the hosts said that May 30th fight would likely get shifted to another date and place, where no audience was present.

“That wouldn’t happen,” Lopez boldly asserted. “I wouldn’t, I won’t accept the fight if that was the case.”

But what if no crowds are going to gather for a long spell?

“It ain’t the same without the fans, man. If you got LeBron out there saying that as well, it ain’t the same…That makes NY and MSG a place I love…because you ain’t gonna get that energy anywhere else…That makes it that much more fun, it’s a drug I’m addicted to, it’s pretty much considered a sparring match. Yeah, I’d turn it down. Everything I do for the fans,” Lopez declared. “I devote everything for the fans, so it’s gotta be done with the fans.” 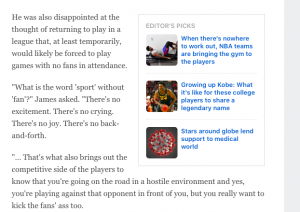 On March 26, Lebron told ESPN that nah, it just wouldn’t be the same doing it in a fan-free atmosphere. Teofimo concurs.

But, the hosts said, WWE has been doing it, with no crowd. And no sport needs that vibing with the crowd like wrestling does.

Won’t Lopez have to give in if the powers that be demand it? Let’s not get ahead of ourselves, the kid said, wisely. He said maybe the virus could die off quicker than most assume, for example.

And back to Loma–the 15-0 (12 KOs) Lopez said him and his dad are looking forward to looking into the eyes of Mr. Loma and his kid…that’s if Loma isn’t removed from the ring on a stretcher.

The hosts have, by the way, been standing out in media talking truth regarding the virus. Both men have tested positive for COVID-19, but haven’t steered away from being direct where needed. They rhetorically spoke to Dana White, and then Terence Crawford, and pulled no punches about them, and anyone who seems to be acting flippantly in terms of their POV of the virus. Both gents said they’d like to talk to a Crawford, and maybe they’d be able to clue him in, make him better understand that sharing theories that dismiss the severity of the virus is irresponsible.

“I think that people need to educate themselves on what’s going on, whether there’s a conspiracy or not, educate on the fact, and then move accordingly,” Barak said on Tuesday. And Ak then put in a plug for everyone in his community especially to pay attention to diet, and not take in the easy grab fast food and such.

Yes, the talkers touched on real life matters and then steered toward distraction, the fight game. Lopez, age 22, had called in, from Arkansas, where he’s shifted, to get away from a cluster zone.

The Top Rank lightweight for now said that in his neighborhood, in Jonesboro, there have been some people infected, but people are staying indoors a good deal. He said that he’s been carving down, to “a good, lean 220,” he joked.

He got a bit too comfortable, the weight crept up, but he hit the stop button, and put the fork down and upped his sweat game, he stated.

And yeah, there’s extra time on his hands, so he finds himself responding a bit more on social media, to the Devin Haneys and such.

“I’ve never commented on this kids, but got time now, because of this pandemic…So I said shut the eff up, because it’s annoying, stop talking about it, ain’t nothing happening right now…You all big and bad right now,” Lopez continued, “but nobody wanna hear that right now. Talk about other things, talk about, ‘Hey, I just threw twenty thousand on feeding other people that really need it.”’

He does want to fight a Haney, but it will happen at the right time, when both keep winning and the thing builds.

And, when things return to a version of normal, Lopez said he will be ultra careful. He’s not thinking because he’s young, he’s immune. And Ak and Barak told the kid they’ve been dealing with symptoms. He cracked that he’ll not come back on the show, and they went right back at him, joking that they’d show up at the Lopez crib.

And more serious talk, Lopez said that he’s almost died three times from asthma, the last time when he was 12. He’s had bronchitis over the years, and he’s not wanting to take chance with his lungs.

My three cents: Smart kid, and smart talk from the hosts, I will reiterate, they are doing some stellar work in a space that doesn’t always give the best account of itself. “You guys are some strong motherfuckers,” Lopez told them, signing off with a salute to the talkers.