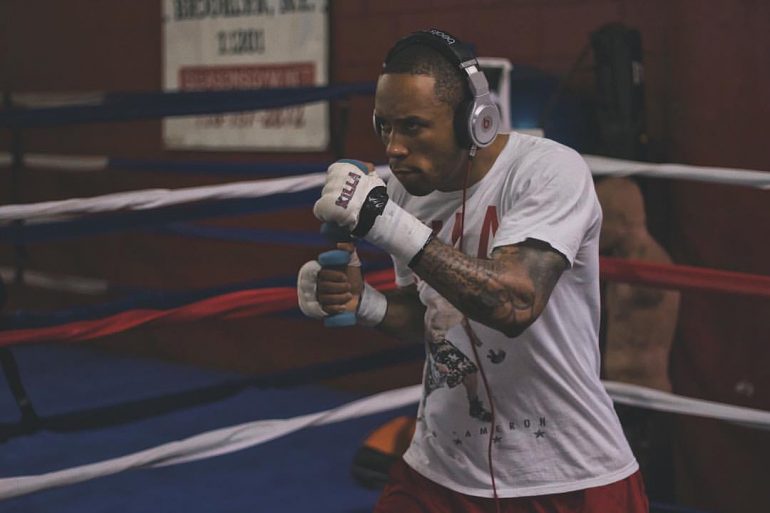 Shawn Cameron had a feeling he would come down with the coronavirus. The nature of his work, issuing summonses to fare evaders for the Metropolitan Transportation Authority in New York’s subway system, brings him into close proximity with thousands of commuters each day. The pandemic was quickly taking hold in the city, and as each day passed, he began noticing more commuters with masks over their faces.

So it was no surprise to him, on March 18, when the sneezing began, and then the coughing, followed by headaches. What really made him start to worry was the fever.

“I would wake up and it felt like I had a 12-round fight the night before, muscle aches, body aching, and I’m still coughing, I’m still sneezing, I had a headache. It just sucked.”

Cameron, who lives in the Co-op City section of the Bronx, was prepared to go up to Middletown, N.Y., over an hour’s drive away, to get a test, figuring he’d be able to get one sooner in the less densely-populated area upstate. Instead, he found a place on East 86th Street in Manhattan where he could get tested the following day, and recalls the long sterile swab that was stuck up his nasal package to obtain a sample for them to test. A few days later he got the word back: it was positive.

Cameron said he suffered the worst of it for about three days, with only vitamin C, tea and soup to help strengthen his immune system to fight off a disease for which no cure or vaccine currently exists. Cameron eventually began to see improvement, and said on Thursday, April 16, that he was about 90 percent better, with just some lingering coughing remaining.

Cameron is one of the lucky ones. The city announced last week that 59 MTA workers have died from COVID-19, with over two thousand others having contracted the disease in the U.S. city hardest by the pandemic. Cameron has been on sick leave since the onset of symptoms, and says that he has plenty of time accumulated from rarely being sick.

Shawn Cameron, a former pro boxer and Army vet, has had his hands full battling COVID-19 and resuming his studies at Lehman College. @Killa_154 tells me more about how he’s handled it all pic.twitter.com/zCV7RtPECu

For Cameron, the coronavirus is just another in a long list of battles. The Brooklyn native initially signed up to join the Army after 9/11, and served until 2006, heading out for two tours in Operation Iraqi Freedom. He boxed in informal smokers while based in South Korea, which fostered the southpaw’s interest in the sport. He began training at Gleason’s Gym in 2007 after learning of the legendary facility from a Google search, and won the 2009 New York Golden Gloves novice title at 152 pounds.

After turning pro in 2012, Cameron went on to win his first ten bouts, before suffering his first defeat, a unanimous decision loss to Chris Galeano for the New York state middleweight title, in 2015. It was after that when the business side of the sport began to sour on him. His phone began to ring off the hook, not for lucrative opportunities with 50-50 matchmaking, but from matchmakers asking if he could make weight by next week.

His final two fights – a decision loss to Delvin Rodriguez in 2016, and a stoppage loss to Madiyar Ashkeyev – he says were short-notice bouts.

“Once I turned pro, I started to notice, it’s not just me, it’s basically every pro fighter, the politics and the BS that goes on behind the scenes, that shit sucks. If you don’t love boxing, you’re not gonna put up with half of this shit,” said Cameron.

He misses the sport sometimes, he admits, when he goes down to Gleason’s Gym to see his old pals like his trainer Don Saxby, or pros like Mikkel LesPierre and Heather Hardy. He loved everything about the sport inside the ropes, and none of what takes place outside of them.

While Cameron is taking time off from work, he isn’t taking time off from his studies. He’s a first semester student at Lehman College, studying computer science. Even on the days he wasn’t feeling well, Cameron said he’d find a way to pay attention, before returning to bed to continue his convalescence.

“I don’t have nothing but time. I’m literally in jail,” Cameron said, figuratively speaking.

Cameron hopes that the degree will enable him to switch from the security side in the MTA to the information technology side, and is interested in working on the next evolution of the continent’s largest public transportation system.

“Those are the guys responsible for developing the program and just maintaining all the machinery, they develop all the software. I’ve just always been intrigued by that,” said Cameron, who says that his decade-plus at the MTA has earned him credits towards his military pension.

“If I sit here and sit in the same department for ever, I’m just putting a ceiling on myself.”

He says he hasn’t missed any classes since they began in January, because he’s studying over the Zoom video conferencing app, which he says isn’t ideal but will have to suffice due to social distancing requirements.

“I actually wanted to go to school in a classroom to interact with the professor, ask them questions. I think I learn better in that setting,” said Cameron.

Adapt he has, and after taking another coronavirus test, Cameron says he expects to be back on the job this week.

“I feel that I’ll be strong enough and ready enough,” said Cameron. “Hopefully my test comes back negative and I’ll be good to go.”