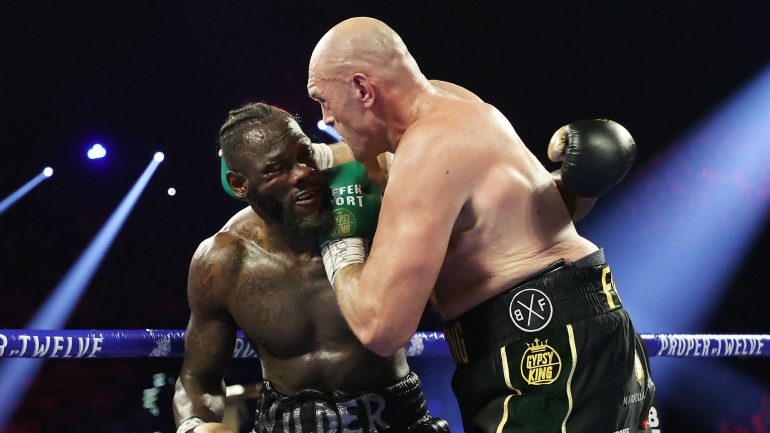 Joshua, who holds the WBA, IBF and WBO belts, felt his fellow Brit was able to take away the American’s only weapon.

“We’ve seen in some of his fights, it’s been difficult for him and then he lands his punch and he’s been victorious, but I always believe that when you go to war, you can’t have one weapon in your arsenal, which was his right hand,” Joshua told Sky Sports.

“Once that was taken away from him, which Tyson Fury did, I’m not going to go into tactics, but he was able to annihilate Deontay Wilder and expose him for some of his weaknesses.

“Tyson Fury did a great job tactically and I’m looking forward to their rematch.”

Joshua said he always felt Wilder would be beaten, with the defeat the first of his professional career.

“I believed Tyson Fury could potentially do what he done,” he said.

“I just felt like, Deontay Wilder is a formidable ex-champion and has a chance to come back, but I just knew that when he gets to the top level, it will be difficult, because it’s one thing getting there and it’s another thing staying there.”