Boxing events in China could resume as early as June 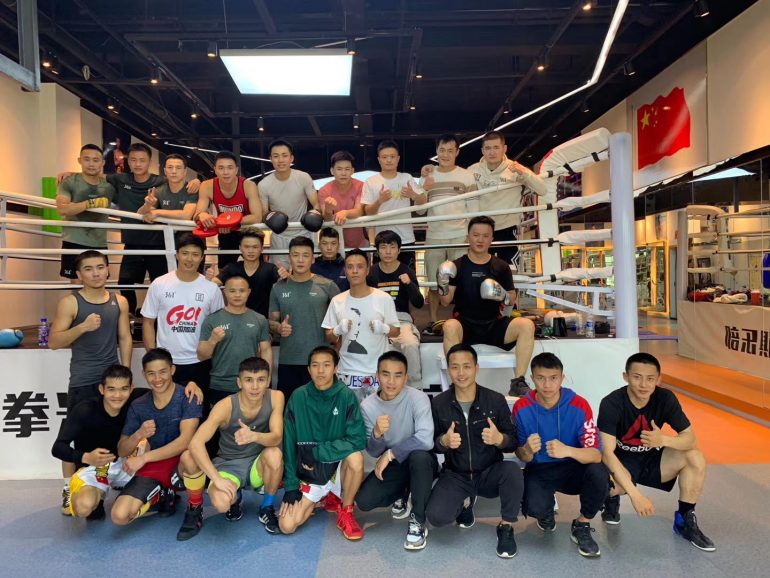 Promoters in China, where the COVID-19 outbreak first started in November, are exploring ways to return to holding boxing events in the country.

The novel coronavirus, which has halted world boxing since mid-March, had disrupted China’s boxing events as early as January, when the Asia-Oceania Olympic qualifiers set for the outbreak’s initial epicenter of Wuhan were postponed and moved to Jordan.

Shortly after, the card headlined by unified junior welterweight titleholder Jose Ramirez against Viktor Postol, which was set for February 1 in Haikou, was canceled. It was to be Top Rank’s first event in the country since 2015, and would have featured Beijing-based lightweight Yongqiang Yang in his first significant test against former WBO 130-pound titleholder Masayuki Ito.

With months-long lockdown measures being eased around China, the sports world could look to one of the countries hardest hit by the coronavirus for a blueprint – and possible pitfalls – for a return to live sports.

Liu Gang, one of the country’s most established promoters, is hoping to return to promoting shows by June, and is looking at a number of possibilities for how to handle live audiences.

“It is possible that only necessary personnel including the fighters, referees, trainers and media will be admitted to the arena, with the event broadcasted for fans to view,” said Gang, who was among the first Chinese boxers to compete at the Olympics in 1992, and led Xiong Chao Zhong to the country’s first ever pro championship, the WBC strawweight title, in 2012.

“We are also exploring having a small, controlled number of fans to attend the fights live. Everyone must have their temperature checked before entering the arena.”

Gang’s vision is to organize up to two shows per month in the Beijing area, and possibly at his M23 Boxing Gym near the capital’s financial district. One of the fighters he’s considering putting on cards is Xu Can (18-2, 3 knockouts), the 26-year-old punching machine who won the WBA “regular” featherweight title in 2019. The Fuzhou native is promoted by Liu Gang’s Max Power Promotions and Golden Boy Promotions, and has fought three of his last four bouts in the United States, including a unanimous decision over Manny Robles III last November in California.

“Currently our boxers are staying safe by only leaving their homes to travel to and from the boxing gym for their daily training,” said Gang, who adds that the fighters have undergone CT-scans plus blood and nucleic acid tests before resuming their training.

The last show in the country took place on January 18 in the central China city of Meishan. Getting foreign fighters into the country will be close to impossible after China suspended most incoming flights and barred non-citizens from entry, meaning that cards will likely have to be comprised exclusively of local talent.

Samson Iu, the executive director of the Professional Boxing Commission, one of several commissions operating in China, envisions testing for participants becoming the norm, similar to how businesses in Wuhan are mass testing employees for coronavirus and its antibodies before they return to work.

“China might apply this testing for all sports in China going forward until the [global situation] is stabilized,” said Iu via email. “For me it is a necessary step. It will be a normal test procedure like what we are doing now for HIV testing.”

Iu says he has already received several inquiries for new shows, including requests for approval of dates and locations, as well as matchmaking. “However the final authority will be China government, only they have the authority to give final approval for a boxing show,” said Iu.

Even if the shows are closed to the public, Iu says the sport will be fine, given that Chinese fans have already become accustomed to watching fights via livestream. Shows are usually held in various parts of the country, drawn to wherever the sponsors are located, and are not as dependent on gate receipts for revenue.

“At the beginning what I expect [is that] promoters will start with small shows in smaller venues where the Chinese government will allow only online broadcast so that promoters could see how the market reacts before arranging for a bigger or even world class show,” said Iu.