From the Archive: Thomas Hearns only needs four weeks to get ready for Marvin Hagler 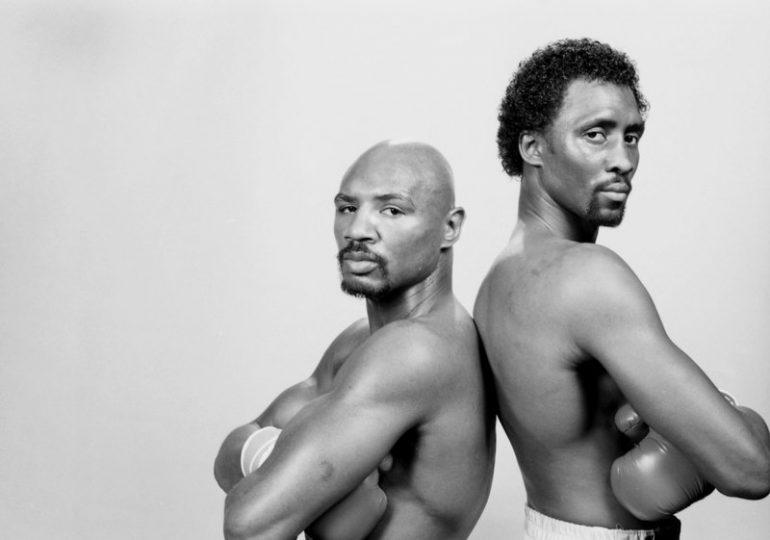 Photo from The Ring archive
15
Apr
by The Ring

FOR WBC SUPER WELTERWEIGHT champion Thomas (Hitman) Hearns, serious training for his showdown with Marvelous Marvin Hagler didn’t begin until mid-February, at the close of a 10-day multi-city swing across the country. Both Hearns and Hagler hit the road to hype their upcoming battle before settling into serious training. Prior to the publicity blitz, Hearns did little but take it easy and make a few television commercials.

The sleek and muscular Hearns stays naturally fit and only needs four to six weeks training to prepare for a major fight. His walking around weight is normally between 168 and 170 pounds, and he can easily trim down to the 160-pound limit. “One hundred and sixty pounds would be perfect,” says Prentiss Byrd, Kronk’s number two man and Emanuel Steward’s right arm. “But more than likely, Thomas will weigh around 157½ to 158½ at fight time.”

At the start of training, Hearns only sparred three or four rounds a day, but as the fight drew near, he sometimes boxed a full 12 rounds in order to build up his endurance. Unlike some fighters, Hearns runs for time instead of distance. A brisk 45 minutes at a quick pace keeps him swift on his feet.

Getting used to the southpaw stance is something Hearns had to work for in preparation for Hagler. He has faced only one lefthander in his career, Saensak Muangsurin. That time, his left and solid rights handled the situation, as Thomas stopped Muangsurin inside of three rounds.

By the time Hearns is ready to get the show on the road, his left jab will be cracking the heavy bag, but he feels that it will be his thunderous right that will put the “Marvelous One” away. Normally, with the height and reach advantage Hearns enjoys, you would figure he would plan to box Hagler on the outside. But Hearns feels that if a shorter fighter like Roberto Duran could get inside on Hagler, a taller man like himself would have an even easier time reaching Hagler with his punches. The “Hitman” is predicting a third-round knockout, and that sure doesn’t sound like a guy who plans to stick and move. 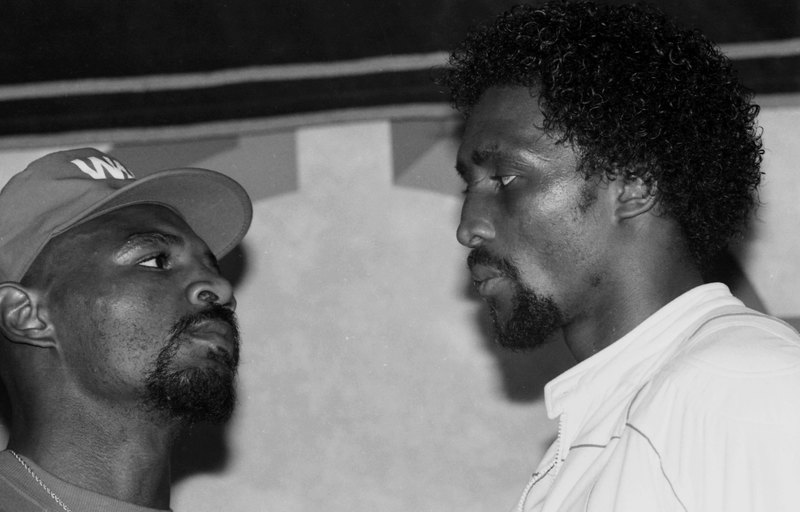 One thing the Kronk camp stressed is that they didn’t want Thomas to start training too early. He trained six weeks for his losing bout to Sugar Ray Leonard, and many insiders felt that he was overtrained. For both of his matches with Wilfred Benitez and Duran, Hearns only trained for four weeks, but the results were excellent.

Hearns certainly had plenty of top-notch sparring in preparation for Hagler. Stories of the Kronk gym wars are well known, and when preparing for a big fight, there is nothing quite like working with his Kronk teammates to help whip the “Hitman” into shape. Among the men available as sparmates were WBC welterweight champion Milton McCrory, NABF junior middleweight boss David Braxton, and USBA junior middleweight ruler Duane Thomas. All in all, a rather imposing lineup.

Hearns opened his training session in Miami and then moved to Las Vegas a couple of weeks before the fight. He continued to spar up until the week of the fight, gradually tapering down as fight time approached.

During training, Hearns appeared very confident. It was as if he had already sensed victory. A win would put him just one step away from his goal of being the first fighter to ever win championships in four different weight classes.

“The difference between Hagler and me is that Hagler has been doing a lot of dreaming about being the greatest,” said Hearns. “I strive to be the greatest.”

This feature and many more, including Training Camp Notes for Marvelous Marvin Hagler ahead of “The War”, are reprinted in our newly released Special Edition, THE FOUR KINGS – Available NOW! (See Below)