Sulem Urbina now wonders, that respiratory illness, was it….? 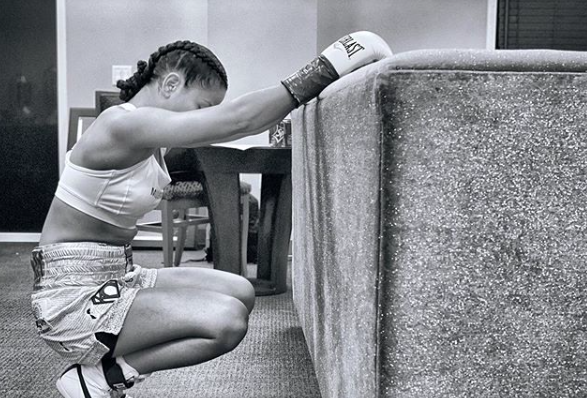 My wife’s friend came down from Yonkers March 1, and brought her adorable baby with her, to hang and chill at our apartment in Brooklyn.

I remember the visit, hearing about it, but I didn’t see “M” because I was out and about. The meetup went well, from what I gathered. And I wouldn’t have heard about it again, I don’t think, if not for coronavirus.

My wife told me she talked to “M” a couple weeks after her visit, after schools were shut down in NYC. “I think you had coronavirus,” my wife told her pal.

The reason she thought that, she told me, was because “M” had told her she just got over a weird bug. Her energy level was on O, she had no zip and the weirdest thing, she lost her sense of smell for a bit.

Now, we don’t know. More and more stories like that one are ricocheting around..and because tests have been hard to come by, with the famous, wealthy or near dying most easily able to snag one, stories they will stay.

Allegedly, tests to check for the presents of antibodies, protein molecules formed by one’s immune system in response to the presence of a foreign substance, aka antigen, will be made more readily available, so that will clear up many mysteries of the mind.

I Tweet a lot about the virus, the response to the virus by our nation’s “leadership” set and so I hear from followers often. I love that, hearing from “regular” people, their stories, their perceptions, that is true “news” gathering, so often better than talking to “experts.”

A couple days ago, I got a message from the Arizona-based fighter Sulem Urbina. About this coronavirus, she said. 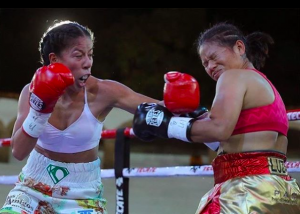 Urbina scores with the left hook against Luz Elena Martinez, on Nov. 16, 2019, and then she had her hand raised. She already overcome one foe, in camp, a truly vicious illness that hit her lungs something fierce.

The 12-0 boxer, born in Mexico, had a bout which unfolded on November 16, 2019. The event took place in Mexico, and was topped by a Pablo Cano-Roberto Ortiz super lightweight scrap. This was a tough battle for Urbina, because she battled a bug during camp. And, in retrospect, she wonders very hard if in fact she wasn’t suffering from coronavirus.

Now, so far, it’s been reported that the first COVID-19 case was seen in America in January. But, hear out Urbina.

“I looked at my calendar, it started back October 25th, I got an annoying cough that wouldn’t let me sleep, then I started with a fever,” Urbina told me. “I assumed it was just a flu. I never, ever really get sick. Then the fever stopped after a few days. But the cough got worse and I started feeling like I just couldn’t breathe.” Fatigue dogged her as well. “My lungs felt like they were compressed and I couldn’t fill them with air. I couldn’t breathe at all. I went to the doctor and they didn’t give me anything but a cough suppressant. On November 11th, I started breathing a little better. Through this whole time I was training because I was fighting the 16th.”

Most of you know by know, that one can become infected with coronavirus, and that the severity of symptoms can vary wildly.

“Every time I took a breath, I felt like there was something there in my lungs where I couldn’t breathe,” Urbina continued. “I fought the 16th but my air was no way where it should’ve been. I didn’t start breathing better till about November 22nd.” 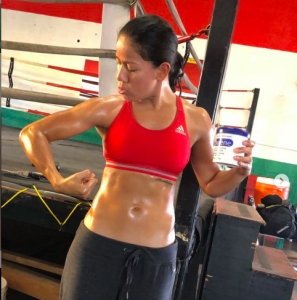 This pic was taken during camp, the roughest of her life. Urbina battled a wicked flu..and the symptoms sound exactly like coronavirus.

The South Morning China Post reported that a 55-year-old person from Hubei province in China may have been the first person to have contracted COVID-19 and that case dates back to Nov. 17, 2019. But no one has advertised they’ve likely found that first patient, definitively that “patient zero.” In America, on January 19, a 35-year-old man went to an urgent care clinic in Snohomish County, Washington, near Seattle, complaining of a cough and fever. According to a New England Journal of Medicine article, the man said he had returned to Washington State on January 15 after traveling to visit family in Wuhan, China. It is still believed widely that the coronavirus outbreak began last fall in a seafood market in Wuhan. So, current information and understanding of the virus tells us that COVID-19 wouldn’t have been in Arizona in October of last year. But I don’t dismiss Urbina’s story out of hand.

“I believe I got it from a girl I sparred with and I gave it to like four other people in my gym,” she said. “We all got sick like that and we never get sick. I spoke to a friend of mine that is a nurse, she told me it made sense because in November they had a lot of cases of respiratory issues that they didn’t know what it was.”

According to Urbina, that nurse told her it was a surprising number of cases, and that there’s no proof it was coronavirus, but it makes her wonder. All through November, the nurse said, she was seeing lots of respiratory cases, more than is typical.

Urbina is in a place familiar to many folks these days. That bout of the “flu” in early March, was that…?

Now, I know my place, my lane, I wouldn’t go out on a limb and say anything, really, beyond offering that I do wonder how much we’ll see a shift in the origin story of this nasty viral strain. But the first case in NY was announced on March 1, a woman had come to NY from Iran, on Feb. 25, not feeling any symptoms, but then developed what she called “a flu on steroids.” My wife’s friend was sick, and had lost her sense of smell by Feb. 27 or so. Was she actually the first case of coronavirus in NY? How likely is that?

And now more people are getting a runny nose, from an allergy to pollen…Or is it a coronavirus symptom?

We wonder…we wait…we dissect, we Google. What was casually dismissed before–a sniffle!–can now prompt a slide into panic.

But back to Urbina–she showed herself to be of the most stout character as she trained right through a vicious respiratory illness that hit her lungs unlike anything she’d ever experienced, but which couldn’t have been coronavirus.