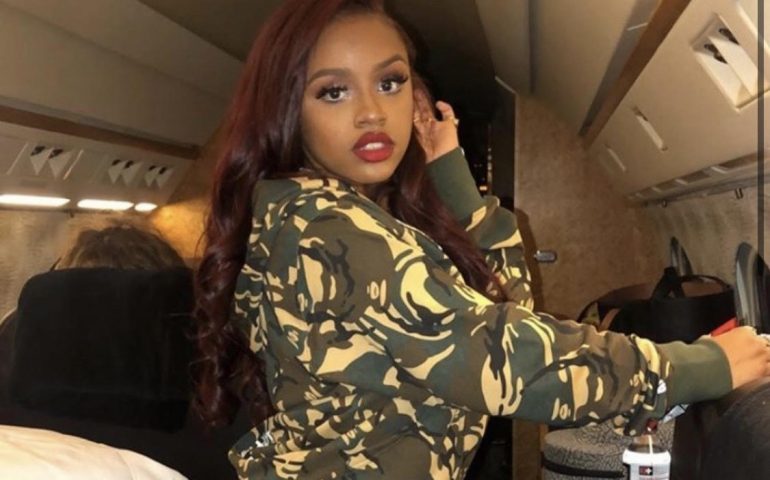 Iyanna “Yaya” Mayweather, the daughter of boxer Floyd Mayweather, was arrested early Saturday on suspicion of aggravated assault with a deadly weapon.

Mayweather, 19, was taken to a jail in Harris County, Texas, around 1:30 a.m. after a 25-year-old woman was stabbed and hospitalized.

The altercation stemmed from an incident between Mayweather, rapper NBA Youngboy and Jacobs Friday evening, which prompted police to show up to the rapper’s home and arrest Mayweather, according to TMZ, which first reported the arrest.

Police say Jacobs and NBA Youngboy (born Kentrell DeSean Gaulden) were at his home when Iyanna arrived and ordered to Jacobs to leave the home. When Jacobs refused, the argument moved to the kitchen, where Mayweather reportedly grabbed two knives and charged at Jacobs, stabbing her twice.

NBA Youngboy, who has a child with the victim, was briefly handcuffed before being released.

Mayweather was released from jail on $30,000 bond. Her next court date is set for Monday.