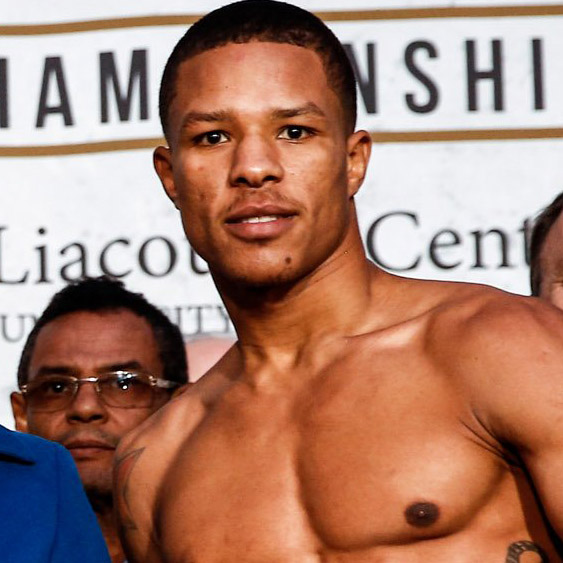 Earlier this week, reigning WBO super middleweight titleholder Billy Joe Saunders exploded on the boxing world with a repugnant video on social media showing how men should punch women if they lose their cool during the COVID-19 pandemic lockdown. Saunders, who is rated No. 5 by The Ring at 168 pounds, later apologized and tried passing off his faux pas as “a joke.”

The British Boxing Board of Control didn’t think it was so funny, issuing a statement that said: “The British Boxing Board of Control, having considered comments made by Billy Joe Saunders on social media, have suspended his boxer’s license pending a hearing under the Board’s misconduct regulation, at a time and venue to be confirmed as soon as possible.”

The boxing world didn’t think it was so funny, either. Numerous people in boxing condemned Saunders for his stupidity.

The “joke,” however, hit a little close to home for Jeison Rosario. The reigning WBA, IBF, and IBO light middleweight titlist used to see his mother beaten every day.

On January 18, the 24-year-old Rosario (20-1-1, 14 knockouts) rocked the boxing world himself, when he pulled off a major upset over Julian “J-Rock” Williams in Philadelphia, Williams’ hometown, to annex the WBA, IBF and IBO belts. Rosario, a 30-to-1 underdog, dominated Williams (27-2-1, 16 KOs) almost from the opening bell, before referee Benjy Esteves intervened by stopping it at 1:37 of the fifth round.

So when Saunders came out with his vile video, Rosario’s stomach turned.

“Banana” grew up in the Dominican Republic with his mother, Isabell Bastardo, and his two sisters. The man who lived with Isabell and the children used to beat Rosario’s mother on a daily basis, until Jeison grew old enough to end it.

Saunders deleted his Twitter account and said he would donate $30,000 to domestic violence charities. “I didn’t mean for anyone to get upset about it,” he reportedly said. “There are people dying all around the world with coronavirus and I was just trying to take the heat off that a little bit. My sense of humor is not everyone’s cup of tea.”

Rosario is in training camp aiming at a 154-pound unification fight with WBC junior middleweight titlist Jermell Charlo (33-1, 17 KOs) sometime this summer, possibly by mid-July. Both are PBC fighters and it’s a fight that makes sense for both parties.

“Jeison, I feel, can beat anyone at 154 pounds in the world,” Perez said. “We’re in a 16-week training camp and we want to prove Jeison is a world champion and everyone saw what Jeison can do when he is properly prepared. We hope we can make it happen, but in the meantime, we want to be in the best shape we can to fight against the best—and the best 154-pounder is Jermell Charlo.”