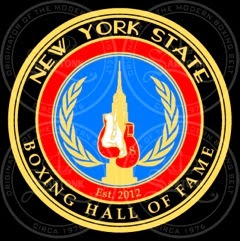 The New York State Boxing Hall of Fame (NYSBHOF) and Ring 8 have established a fun to assist boxers and boxing personnel whose incomes have been impacted by the ongoing coronavirus pandemic.

The announcement comes as the boxing world has been brought to a stand still, with fight cards the world over canceled, and gyms ordered closed by many states in the country.

Applications are open to any boxers, trainers, cut-men or others who are independent contractors, live in New York or New Jersey, and are licensed by the New York State Athletic Commission, New Jersey State Athletic Commission or USA Boxing. Applications can be obtained by emailing [email protected], and submitted to the NYSBHOF president Bob Duffy by email at [email protected], or by phone at 516-313-2304.

“Most boxing trainers, cut-men and other boxing personnel are independent contractors, so they do not have any income right now during this pandemic,” said Duffy. “They have families to support, rent to pay, food to put on the table, and other critical expenses. We want to help them by establishing this fund.

“We’re not in the position to give each applicant a large stipend, but we are able to provide a small payment to temporarily help them a little bit. We’re committed to doing this for the month of April, at the very least, and then we’ll will revisit extending payments until boxing returns, as long as there is money available in this fund.”

“Ring 8 is furthering our goals to assist boxers and boxing people in New York during this crisis,” Ring 8 president Charlie Norkus, Jr. added

The New York State Boxing Hall of Fame was scheduled to hold its annual induction ceremonies on April 19 in Queens, N.Y., with Alfredo Escalera, Lou Savarese and Merqui Sosa among the inductees. The event has now been postponed to September 20.