Bruce Carrington not tempted to turn pro despite Olympic postponement 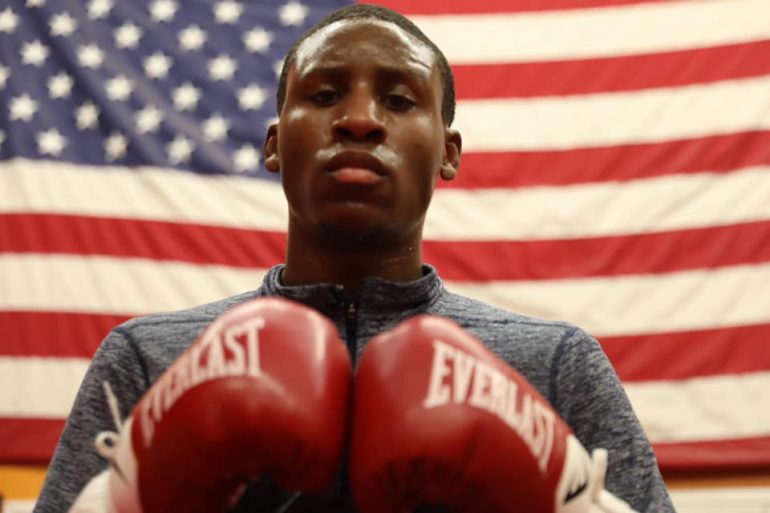 Since Bruce Carrington was in grade school, he’s been speaking his Olympic dream into existence. In his documentary titled “Brownsville Born,” the fighter, no older than ten years of age, stares into the camera, with a faux Tyson face tattoo on the left side of his face, and promises to knock all his foes out on the road to Olympic glory.

Now age 22, Carrington was well on his way to making it a reality, sweeping through the 125-pound U.S. Olympic trials en route to making the Team USA roster heading to the Olympic qualifiers. But instead of heading to Buenos Aires for the Americas qualifier, Carrington left the Olympic Training Center in Colorado Springs and went home to Brooklyn, after the tournament was postponed, and the Tokyo Olympics moved to 2021 due to the ongoing COVID-19 pandemic.

Asia, Africa and Europe all were able to complete their continental qualifiers, and will retain their Olympic qualification. For those competing in the Americas tournament, they have to wait for whenever it’d be rescheduled.

“That was another mental hurdle that I had to get past but I’m still going to be mentally strong,” said Carrington, known throughout the boxing community as “Shu Shu”. “Honestly it just gives me an extra year to sharpen up my skills and master my craft and make sure I come even harder in 2021.”

Having waited four years, after falling just short of making the team in 2016, waiting another year shouldn’t be too tough.

If Carrington appears scrappy and determined, it’s because he’s been conditioned to be since he was a young kid growing up in one of the toughest neighborhoods of New York City. He describes himself as a “short scrawny kid” who would have to stand up to bullies much larger than himself. “I used to beat up the bullies that tried to beat me up,” said Carrington. His father noticed he had a talent with his hands and brought him to a boxing gym to cultivate it. That ability translated to the ring, and he says he beat up the other kid in his first sparring session so bad that he never returned to the gym.

“Right then that’s when I knew I was good at this, I’m gonna stick with this sport,” said Carrington.

To make Team USA, Carrington would have to go through Duke Ragan, one of the top bantamweights in the world, and the favorite to make the team. At the end of their opening round matchup in Lake Charles, Louisiana, Carrington had his hand raised for a split decision win.

“Duke Ragan is a really, really good fighter,” said Carrington. “I had to make sure that I was just on my Ps and Qs every second of the fight. People kinda forget or overlook that I’ve been in the game for 15 years as well, I have a lot of experience.

While the gyms are ordered shut throughout much of the country, Carrington is staying in shape by working out at home, waiting for the call to return to Colorado Springs to rejoin the national team. He’s taking precautions, but says the new coronavirus doesn’t worry him too much.

“I feel like you just have to have a strong immune system and I believe I do because I’m vegan, I make sure I put all the right nutrients into my body, and make sure I don’t get sick,” said Carrington.

“Another thing that helps out, everybody who is on the US team, we travel a lot, all over the world, so we get into different environments so our body gets used to adapting to certain situations. I’m not nervous about the pandemic that’s going on, I’m still careful though, I’m still sanitizing and using my gloves and making sure I stay safe.”

His amateur pedigree, and strong showing at the trials is likely to have raised his stock for a future pro career, but Carrington says he isn’t tempted to skip the year-long wait.

“I feel like my negotiation levels will be better than if I was to turn pro early, because I’ll have the Olympic background, all the national championships, and international background,” said Carrington.

“Everybody can’t become an Olympian, the Olympics come every four years, there’s tournaments and stuff like that, even world championships when you become pro, you can get multiple world champions in one year. The Olympics come every four years, so for me to dedicate my life, dedicate my time into doing all of this, I must really want it. I’m not gonna let anybody come in my way and try to get that gold medal away from me.”

And just like he did as a grade schooler with a sharpie tattoo on his face, Carrington is determined to speak his pro success into existence as well.

“First thing, I want to start off in the 126 weight division, and get fights in there, unify the division and become a multi-division world champion and hopefully become known as one of the greats,” said Carrington.