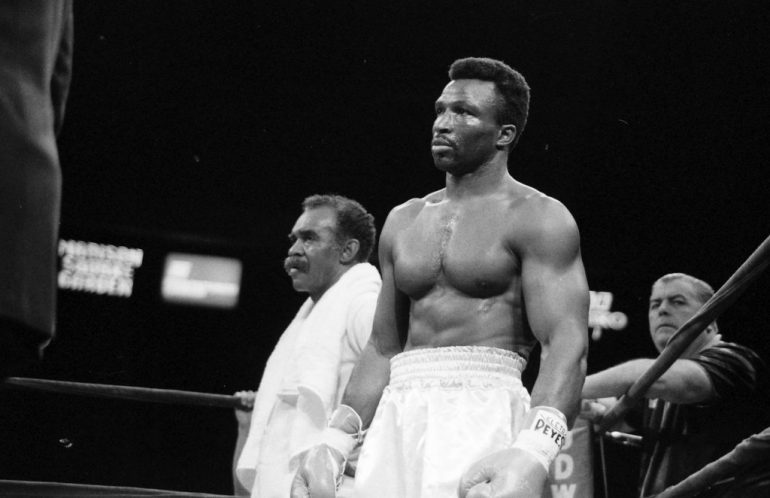 Mike Weaver rose from journeyman status to become the heavyweight champion of the world in one of the most unlikely title runs in the division’s history.

Weaver was born in Gatesville, Texas, on June 14, 1951. He was from a large family, much of whom he didn’t know about until years later.

“I left Gatesville when I was three or four years old,” Weaver told The Ring. “[We] moved to California. Things weren’t tough; my father was a mechanic, worked on big trucks.

“My mother and father had 10 kids together. My mother had another son from a previous marriage. At my father’s funeral, his brother told me [Weaver’s father] had other kids. Hhe told me my father had 27 kids.”

After moving from Compton to Pomona in 1965, his triplet brothers Floyd, Lloyd and Troy were born. They followed in their big brother’s footsteps and became boxers.

Weaver excelled in all sports and was offered a college football scholarship after graduating high school but decided to enlist in the Marine Corps at 17. He served from 1968 to 1971 and went to Vietnam.

During his service, he got into an altercation with a boxer. Weaver dropped the man, who happened to be the base heavyweight. He was then encouraged to take up boxing.

He had a modest 23-3 amateur career but managed to win All Marine and All Service titles and boxed at the AAU and Golden Gloves tournaments.

Weaver turned professional in September 1972, losing in three rounds to Howard Smith. He went 1-3 in his first four outings and 6-6 fin his first 12 bouts.

“It wasn’t [a great start]. I didn’t take the early part of my career seriously,” he admitted. “I was running the streets, partying. I was more interested in chasing girls than I was training.

“Until one day I was training with Ken Norton and he told me, ‘Michael, if you come to the gym every day and take it seriously instead of coming once in a while, you can make some noise.’ I never forget that.”

Weaver, who was also as a sparring partner for Ron Lyle, George Foreman and Muhammad Ali, lost his job at a paint factory and doubled down on his efforts.

Although he was an unassuming 19-8, he fought Larry Holmes for the WBC belt in June 1979. Holmes was given a much harder fight than expected but ultimately stopped Weaver (L TKO 12). 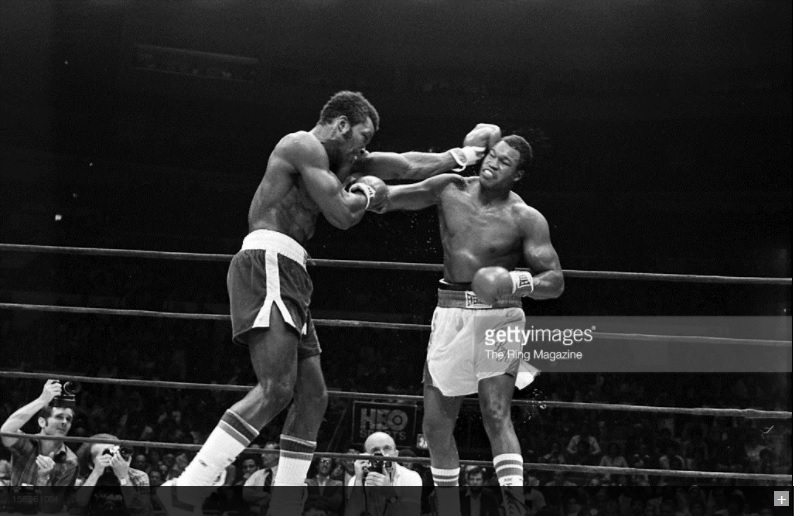 Two victories earned Weaver a second shot at the title. This time he met then-undefeated John Tate in March 1980. It was an opportunity Weaver wasn’t about to pass up and though he left it late, he stunned a sizeable throng of Tate’s fans to win the WBA title in a come-from-behind knockout in the 15th round.

In his first defense, Weaver traveled to South Africa where he overcame a difficult start to stop Gerrie Coetzee (KO 13). There were talks of a fight with rising star Gerry Cooney next. However Weaver was mandated to faced the unbeaten James Tillis. The defending champion did just enough to win a hard-fought decision (UD 15).

Weaver lost his title to Michael Dokes (L TKO 1) in controversial fashion when referee Joey Curtis seemingly jumped in too quickly halt the fight. They met in a rematch five months later and while many of the 20,000 at ringside in Las Vegas thought Weaver had done enough to regain his title, the judges disagreed and Dokes kept the title on a draw.

“Hercules” won three fights and faced WBC beltholder Pinklon Thomas in June 1985. Weaver recovered from a first round knockdown – the fight was even on two scorecards after seven rounds – until Thomas stopped Weaver (L TKO 8).

A faded 40-year-old version of his former self was iced by future undisputed heavyweight champion Lennox Lewis (L KO 6) in July 1991. Weaver fought sparringly until retiring at age 49 after losing a rematch to Holmes in a battle of veterans in November 2000.

“I didn’t do anything,” Weaver (41-18-1, 28 knockouts) said of his life since retiring from boxing. “[I] got bored and opened a gym training kids, did that for a while and got tired and went home, did nothing, just relaxing.”

BEST JAB
Larry Holmes: Larry ​Holmes and Razor Ruddock had the best jab. I think Larry Holmes was the best out of the two. It was accurate and straight. It wasn’t a hard jab; it was a good jab. Pinklon Thomas’ jab was harder than Larry Holmes but as far as being better and looking better, I say Holmes – it was faster.

BEST DEFENSE
​Razor Ruddock: I couldn’t land a good shot on him because he kept moving.

BEST HANDSPEED
​Michael Dokes: He had fast hands. Real fast and snappy, not that he was a powerful puncher but he had good handspeed. He had a fast jab, hook, everything. 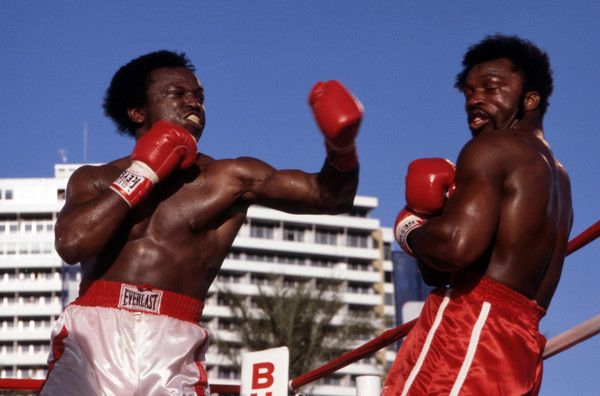 SMARTEST
Holmes: Larry Holmes knew what to do; he was a thinking fighter. He wasn’t going to just run in there. Everything worked off his jab.

STRONGEST
James “Bonecrusher” Smith: Lennox Lewis was strong. Bernardo Mercado, he was strong. Bonecrusher Smith was very strong too. Out of them three, I’ll take Bonecrusher; he was bigger than me and physically strong. 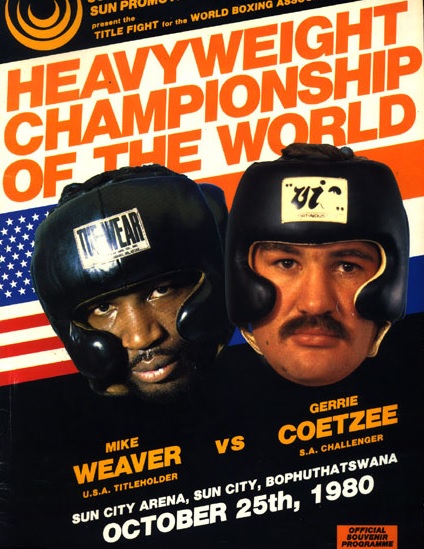 BEST CHIN
​Gerrie Coetzee: Gerrie Coetzee had the best chin. He had never been knocked down in over 200 amateur fights and when I fought him, [he already had] 24 professional fights and they say [he was] never hurt. I knocked him down.

BEST BOXING SKILLS
Holmes: That’s Larry Holmes and Dokes. Just one: Larry Holmes. He could do it all.

BEST OVERALL
Holmes: I told Larry I ranked him in the top 10 best heavyweights of all time. He was determined. I can’t think of anyone else that was better than him.