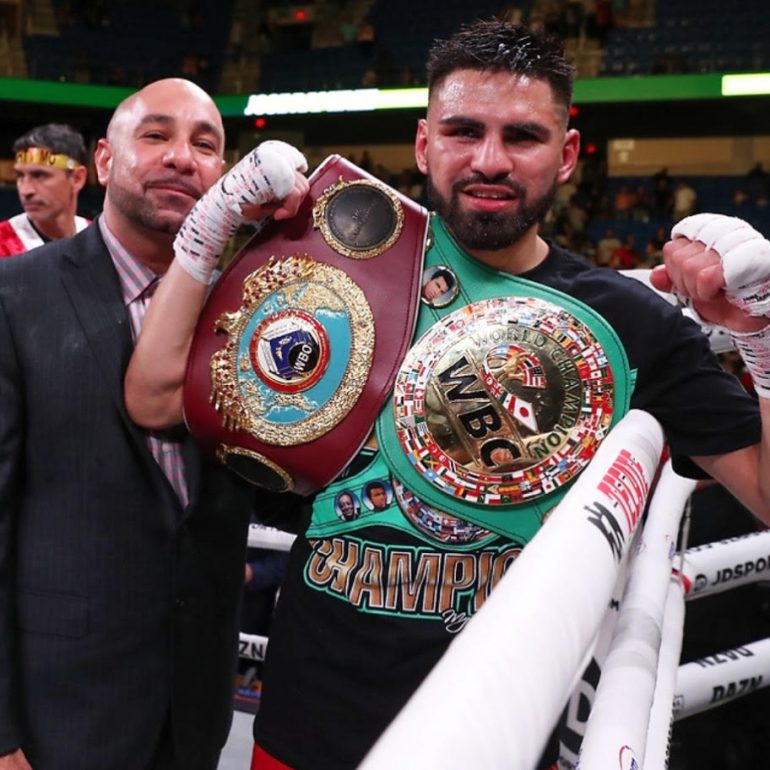 The world title fight between WBC/ WBO junior welterweight titleholder Jose Ramirez and Viktor Postol on May 9 has been postponed due to the COVID-19 pandemic, Top Rank announced Tuesday afternoon.

The fight was scheduled to take place at the Save Mart Center in Fresno, Calif., not far from Ramirez’s hometown of Avenal, and was to air live on ESPN.

This marks the second time the world title fight has been postponed due to the worldwide pandemic. Ramirez was scheduled to defend his world title belts on February 2 in Hainan, China (February 1 in the United States), but was moved stateside as the virus escalated in China.

“I feel terribly for Jose and Viktor, who have entered two training camps, only to see the fight postponed both times,” said Top Rank chairman Bob Arum. “They are consummate professionals, and they will give the great Fresno fans a memorable fight whenever it occurs. We owe it to Jose and Viktor to make this fight happen as soon as it’s safe to do so.”

Ramirez, who is trained by Robert Garcia and is ranked No. 1 at 140 pounds by The Ring, agrees.

“I’m focused and will stay training and ready,” said Ramirez. “Our nation’s safety must come first. We will all get through this.”

Top Rank also announced Tuesday the fight will still take place at the Save Mart Center in Fresno, where Ramirez is a significant draw.