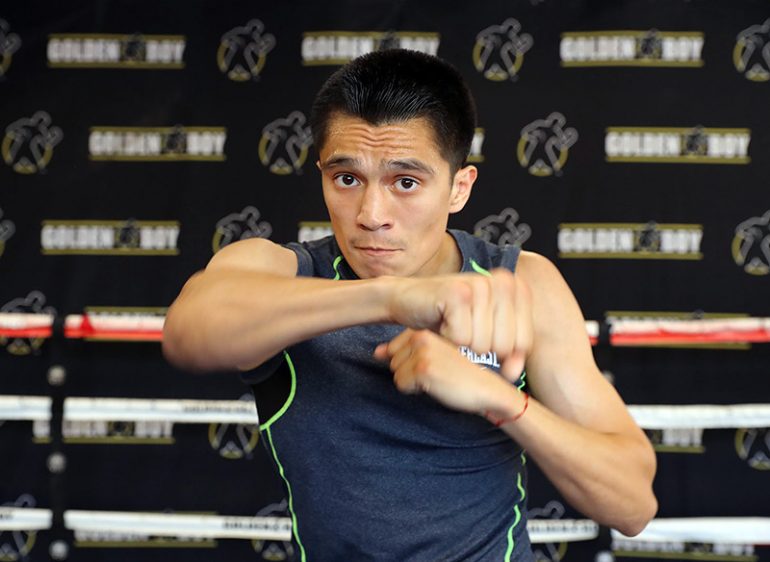 However, his fight was postponed due to the COVID-19 pandemic. And like much of the country, Gonzalez has found himself quarantined due to the virus, which as of Thursday, has sickened approximately 70,000 people in the U.S., and killed over 1,000.

It has not been a smooth transition.

“In the beginning, I was stressed out,” Gonzalez admitted. “Being restricted in general and not being able to go to the gym is very tough.”

Gonzalez found some alternatives, but even those were eventually barred.

Eric Garcetti, the mayor of Los Angeles, ordered residents to stay in their homes and non-essential retail businesses to close in the wake of the coronavirus pandemic. This ruling also included public trails, which Gonzalez used to run.

Despite the new regulations, he is staying positive.

“I’m holding up where I am,” Gonzalez continued. “I’m finding a way to get my work in, getting a sweat going, staying active, and staying ready.”

Gonzalez (23-1, 14 knockouts), 26, is coming off his first loss as a professional when he was clearly outpointed by 2016 Olympic bronze medalist Shakur Stevenson last October in Reno, Nevada.

There was some friction between the two pugilists coming into the bout as Stevenson is dating Gonzalez’s younger sister, Jajaira, a former three-time amateur world champion and Youth Olympic gold medalist.

Gonzalez, who is promoted by Golden Boy and managed by Frank Espinoza, told The Ring that he has moved on.

“We had tension because of the stuff he was putting out there before we even had a fight,” he explained. “All that tension didn’t come from my side. He’s doing him, and I’m doing me, that’s all there is to it.”

Gonzalez is looking forward to fighting anyone once boxing resumes.

“I’ll fight whoever they put in front of me; I’m a fighter,” he said. “Obviously, I want any of the world champions or any fighter that can put me in that position to fight for another world title.”

Prior to the Stevenson fight, Gonzalez, who has an amateur win over former 130-pound titleholder Gervonta Davis, had knocked out eight of his last nine opponents.