Claressa Shields vs. Marie-Eve Dicaire is the latest fight to be postponed 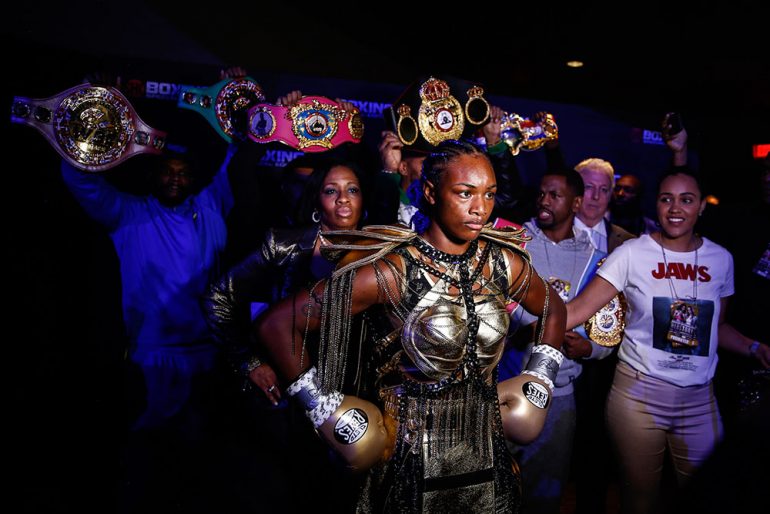 Claressa Shields’ bid to become the first boxer in the four-belt era to be crowned an undisputed champion in two weight divisions will have to wait.

Shields (10-0, 2 knockouts), 25, who owns two of the four junior middleweight titles, was set to face fellow undefeated junior middleweight titleholder Marie-Eve Dicaire on May 9 at Dort Federal Credit Union Event in her hometown of Flint, Michigan, in a Showtime-televised main event. However, due to the coronavirus pandemic, the fight has been postponed, Salita Promotions announced late Wednesday evening.

“Unfortunately, the real fight is outside the ring right now,” said promoter Dmitriy Salita in a statement. “Once our invisible opponent is beaten, we can get back to watching two undefeated champions and the two best super welterweights in the world vie for the undisputed world title as Claressa Shields continues to build her incredible legacy in female boxing.”

Unlike most top boxers this year, Shields has fought. She dropped and outpointed former 147-pound beltholder Ivana Habazin in a lopsided fight in January in Atlantic City to win two vacant belts at welterweight.

Those who have purchased tickets for the May 9 event an either receive a refund or use their tickets to attend the card once it is rescheduled.

Shields, who is a dual Olympic gold medalist, became the undisputed middleweight champion last April when she dominated Germany’s Christina Hammer in a unanimous decision at Boardwalk Hall in Atlantic City. She also previously unified two belts at 168 pounds.