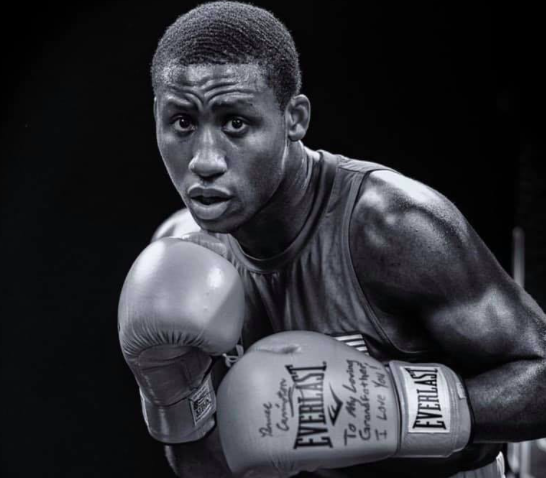 The Games are off, for now. The fighters will wait, on news, and will be told to stay physically and mentally ready. Some might be tempted to go pro, because of this delay.
23
Mar
by Michael Woods

The coronavirus scores another TKO.

The 2020 Tokyo Olympic Games are going to be postponed, likely to 2021, according to the IOC (International Olympic Committe).

The sneaky and easily transmittable virus COVID-19 has been making the rounds of the planet for several months, and with this news, the organizers made clear, they cannot insure that by late July, we will all have received the “all clear” notice.

The Tokyo Games are not going to start on July 24, but won’t be canceled outright, the IOC has shared.

This will be the first time the Olympics have been suspended, though they have been canceled previously during periods of war; the 1916 Summer Games were canceled because of World War I, and the Summer and Winter Games in 1940 and 1944 were scrapped because of WWII. 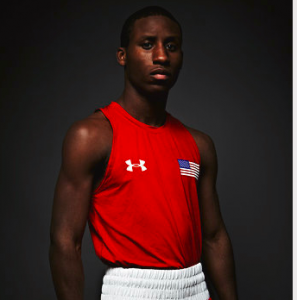 This means no gymnastics, which enthrall much of the U.S. every go-round… and no boxing, which means young gun athletes like Bruce “Shu Shu” Carrington (left) will have to hit the reset button, and decide how to proceed.

The 22-year-old bantamweight (max 123 pounds), now living on Long Island with his family after growing up in Brownsville (Brooklyn), had been looking forward to hitting the American qualifying tournament in Argentina (March 26-April 3), to snag a spot on the squad.

But that event was scrapped, so he was waiting to figure out what an amended selection process would look like. Now, it’s immaterial. 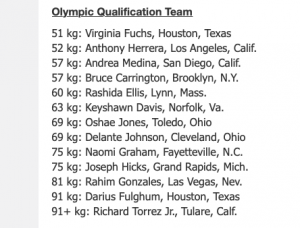 I asked how he and his family were holding up, as COVID-19 ricochets around NY. “We’re good, I’m just discouraged. It sucks, trained all this time for this.”

No qualifying event, no world qualifying tourney, which was supposed to run May 13-20 in Paris..and now no Tokyo Games. Japan as a nation has spent maybe close to $30 billion on infrastructure and the like, so this will be hard for the planners there to swallow. Events were to kick off July 24 and run til August 9. Some folks were pumped to see new events, like 3×3 basketball. And how the US squad would fare…

The pandemic is a world-over issue, and nations don’t have the bandwidth to focus on Olympics prep. Almost 373,000 people around the world have been diagnosed with coronavirus, while in the U.S., there are more than 41,500 diagnosed cases. Many folks are believing the number could be much higher, because of the paucity of testing kits, which confirm status.

As of Monday, 499 or so have died in the U.S and more than 16,400 plus people have died across the world. China has seen the most cases, followed by Italy, and then USA.

Japan is No. 26, as of Monday, in number of cases seen. Around 1,100 cases, and 49 deaths, have been reported in Japan. (Numbers are adjusted often, so, depending on where a nation’s fight against the virus stands, you have to frequently hit the refresh button, to get fresh intel on the scope of the scourge.)

In America, in New York, battle lines are drawn. Carrington’s home coach, Aureliano Sosa of Sunset Park, Brooklyn talked to the kid, and informed The Ring that, “He was very sad. I told him ‘Keep your head up, we are proud of your commitment, and you are an Olympian in our eyes!”

That had to be meaningful to the fighter, who knows that Sosa’s wife is an RN at a local hospital, and is using all her strength and stamina to serve patients who are scuffling with this respiratory illness. “She’s not afraid, she goes to work every day and tries to help as many people as she can,” the trainer, who handles Chris Colbert, said, “she really is ‘Sosa Crew For Life!”’

The slogan of the 2020 Summer Olympics torch relay was to be “Hope Lights Our Way.” Carrington seems aligned with that message. He talked to some of the other athletes, and they cheered each other up.

“We feel like this can just give us more time to work on our craft, and become more of a complete fighter. I was told this morning (Monday morning),” he shared. “They told us to stay home and stay encouraged. And yes, stay in shape!”