Boxing gyms have been hit hard by COVID-19 shutdowns 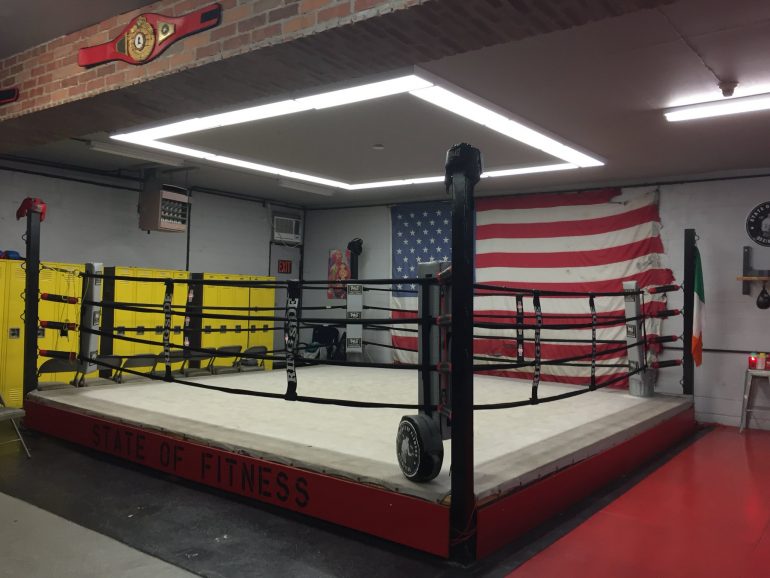 The grainy boxing replays on TV serve as a reminder of the void fans have felt this past week. Virtually all boxing events have been canceled or postponed as avoiding gatherings and “social distancing” have become the new normal as governments seek to slow the spread of the COVID-19 pandemic.

Championship fight cards aren’t the only aspect of the sweet science feeling pressure from coronavirus shutdowns. Gyms are among the businesses ordered closed in many parts of the country as cases have surpassed 40,000 in the United States, with over 500 deaths reported.

The pinch is particularly hard on boxing gyms, which already occupy a delicate space between trying to make a profit amid rising commercial rents, and being accessible enough for young aspirants who would be best positioned to become fighters themselves.

That’s the situation Eric Kelly, owner of the SouthBox Gym in the South Bronx, has found himself in, a week after New York ordered the gyms to close. His gym charges just $60 per month – in a city where $200 per month memberships aren’t unheard of – and says making a profit under the best of circumstances is already hard.

“Huge hit, I obviously had to close the gym down and people depend on this gym. Not just athletes but employees. We got employees at this gym and they’ve gotta make their living,” said Kelly, a multiple-time amateur champion who considers the gym a safe haven for at-risk youth, like the Bed-Stuy Boxing Center in Brooklyn was for him as a kid, and says he doesn’t charge kids to work out.

The gym was scheduled to move to a larger location two blocks away in May, but now that appears uncertain after New York state was put on “pause” with no end in sight.

“The crazy thing about the situation is the uncertainty. There’s no date. Just the other day we said we’re gonna shut down for a week. A week is damn near rough but it doesn’t look like things are lightening up, it looks like things are getting worse with this coronavirus,” said Kelly. 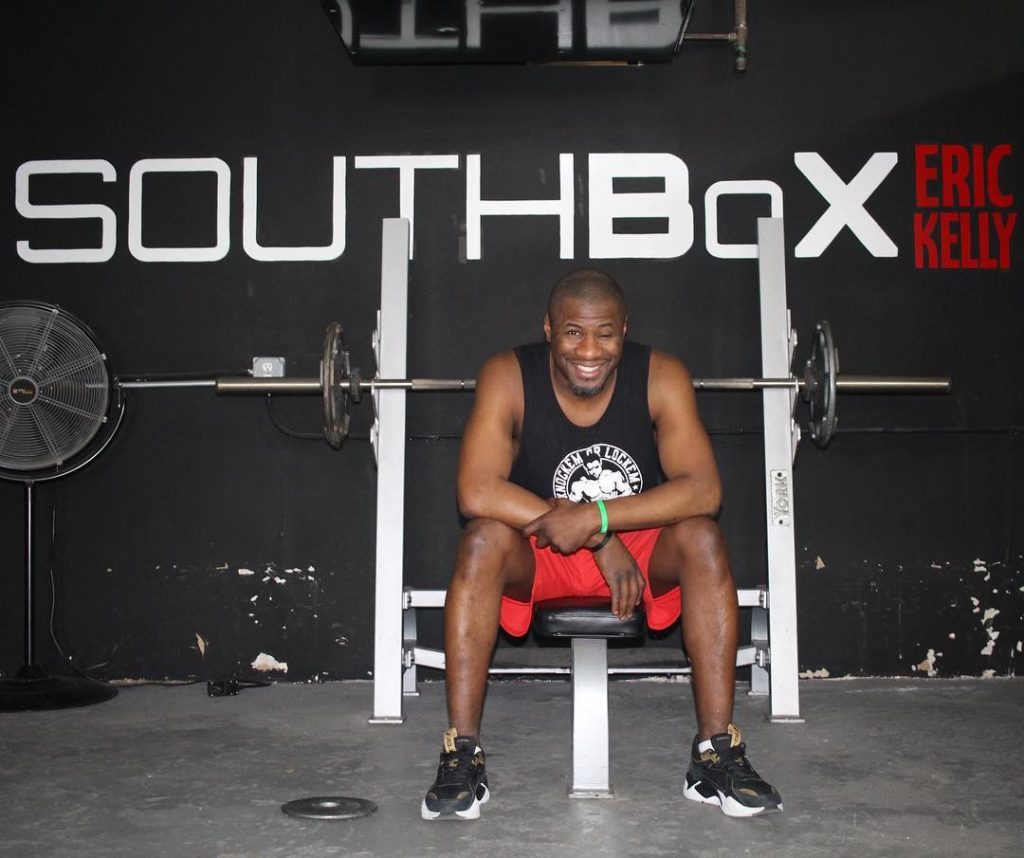 Across the city, in Brooklyn, Heather Hardy has been reeling since the world famous Gleason’s Gym, where she trains clients in between her own fight schedules, shut its doors. “When they closed the gym, I’ve been unemployed since Monday,” said Hardy, a former WBC featherweight titleholder. “It’s kind of scary. If you would have told me a week ago, ‘Hey guess what, next weekend you’re gonna be home-schooling your kids and you’re unemployed,’ I would have laughed at you.”

Gleason’s Gym had sought to reassure visitors, issuing a statement on March 13 that said the gym “has never been this clean,” and would be sanitizing door knobs and gym equipment more frequently. Just three days later, the gym switched to remote sessions through Skype and FaceTime, which Hardy says takes some getting used to.

“It’s time consuming, it’s not ideal. Everyone has different equipment at home. It’s not something I’ll continue for too long but it’s getting me by,” said Hardy. “I think that we all have to remember that everyone is kind of in the same boat of not knowing what’s gonna happen and to me that’s the most comforting thing.”

Across the river in New Jersey, State of Fitness Boxing Club has been closed since last Monday. Desmond Boyle, a North Hudson Regional firefighter, opened the gym in 2016 as a tribute to his father, Desmond Sr. He describes it as a place “where the cool kids who are not so cool feel cool,” and counts UFC fighter Mickey Gall and pro wrestling star Enzo Amore as regulars. The gym had been riding high after three of their boxers advanced in the New Jersey Golden Gloves. That tournament, along with every other one in the country, has been postponed, with USA Boxing recommending all boxing gyms closed through March 31.

Despite putting membership dues on hold, Boyle says nearly half of his members have canceled their memberships. He says he’s hoping to work out an agreement with the building’s owner on rent during this crisis, and that small business assistance from the federal government can hold the gym over until operations resume.

“I’m thinking I could lose the business,” said Boyle, before invoking the fighter in the gym’s logo, the only heavyweight champion from that North Jersey town. “But I’m also thinking to myself, I ain’t letting the fucking flu on steroids knock us out. I’m totally keeping the mindset of never giving up and never quitting. The spirit of James J. Braddock, brother.”

For Montell Griffin, owner of the Windy City Boxing Club in Chicago, the situation turned stark on Saturday when he received an email from the state of Illinois ordering all gyms to close.

“This is becoming a headache now,” said Griffin, a 1992 U.S. Olympian and former WBC light heavyweight titleholder. “We laughed and joked and waited around, but now it’s starting to get serious.”

The gym, which his father Clarence Griffin owned and operated from 1973 until his death in 1983, had been reopened by Griffin two years ago, and is the home to pros like Shawndell Winters and Vaughn Alexander. But Griffin says that attendance in his kids and adults classes had been down since news spread that the virus was already present in the country.

“Everything was going great until this happened,” said Griffin.

The same is the case for Marvin Somodio, who opened the Combinations Boxing Academy in Los Angeles last year, and already grown membership to nearly 200. Somodio, a former amateur standout in the Philippines, had made his name as the protege’ of Freddie Roach at the Wild Card Boxing Club before opening his own business. 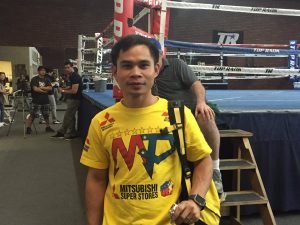 Marvin Somodio says he misses the boxing action as well as the revenue. Photo by Ryan Songalia

“It’s been a very big impact because we don’t have fights, we don’t have facilities to train our people, and fighters too,” said Somodio. “Everyone is on pause, waiting for the next move.”

The pandemic has also interrupted the schedules of his pro fighters. Somodio had landed in Washington D.C. on March 12 with his fighter, welterweight prospect Eimantas Stanionis (10-0, 7 knockouts), for his fight against Justin DeLoach on March 14. Thirty minutes after touchdown, he got the call that the whole card had been postponed.

“For him it’s very disappointing because he flew from Lithuania to have his training camp in LA and two days before the fight it got canceled, so he’s not gonna make money. We’re all not gonna make money,” said Somodio. But more than just the paycheck, Somodio says he longs for the thrill he gets from the fight scene, too.

“Yeah I miss it, after I missed the one fight, I missed it so much,” said Somodio, who trains Mercito Gesta, Maricela Cornejo and Christian Robles. “You always want to be in that situation, in the ring, the excitement.”

Not all progress is at a standstill, though. Eric Kelly says some construction had been ongoing for the new location. He says the obstacles he and other gym owners are dealing with aren’t dissimilar to those they’ve already experienced.

“You might get knocked down in the sixth round, you might lose the seventh and eighth, but guess what? The fight ain’t over, you’ve got 12 rounds to fight,” said Kelly. “You can’t break down, you gotta break through.”