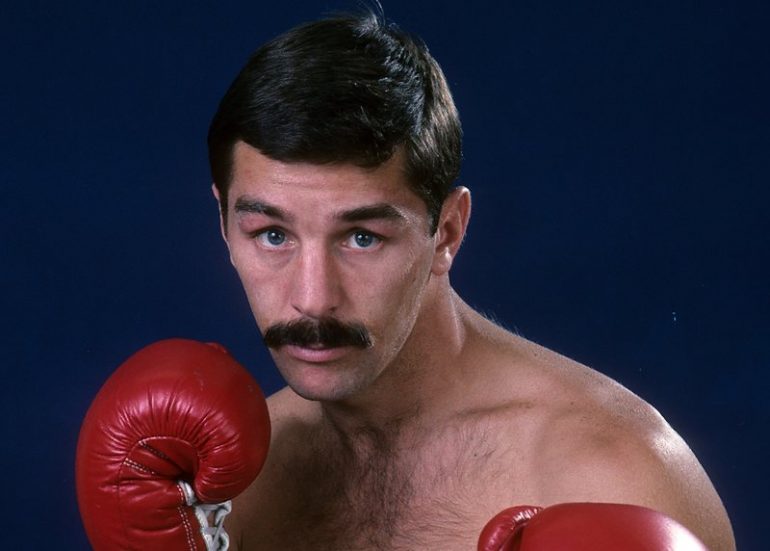 In his prime Brian Mitchell was an all-encompassing fighter comfortable in all facets of the sweet science. He had to consistently battle behind enemy lines and even stave off threats from the mafia during the height apartheid when he was a boxing pariah.

Mitchell was born in Kensington, a suburb of Johannesburg, South Africa. He first came across boxing at 9-years-old and won a junior national title, winning 100 of 110 amateur fights. He served two years national service in his late teens before embarking on his professional career in 1981.

He was a career junior lightweight, winning his first six fights before losing for what would be the only time in his career against Jacob Morake. He put the loss behind him and beat the same opponent three times, the last fight had was life changing.

“I knocked him down in the 12th round and he unfortunately passed away [in the] early hours of the morning, it was a tragic event,” Mitchell told The Ring. “In boxing you’re there to knock the guy out, you’re not there to tragically hurt anybody, it’s still a sport.

“It was a tough time in my life, I was thinking about retiring, I took it very hard, it was dark times in my life, I just felt like I didn’t want to do it anymore because of what happened.

“Morake’s mother came to see me, it was amazing, she said to me, ‘It wasn’t my fault, my son, died doing what he loved.’ Which was quite powerful words from the man’s mother who had just lost her son by my hands. That’s when I felt that relief that I should fight again. It was about two weeks after the event, the funeral came and passed, she suggested I don’t come to the funeral, the way South Africa was at the time. I sent a big wreath of flowers to the funeral and condolence messages for Morake, his mother and family.

“I’m still friends with her today, she’s 94 years old, I visited her about six months ago and took her some money and groceries. She still lives in the same house where Jacob Morake grew up. It’s sad visiting her but it’s also great to know we’ve built up the friendship for so many years.”

Mitchell was able to compartmentalize the situation and move on with his life and career. He won two more fights and won the WBA junior lightweight title against Alfredo Layne in South Africa in 1985.

Mitchell had to fight on the road due to apartheid and went on to become one of the great road warriors of boxing. He did so with great success, retaining his title on 12 occasions, fighting in Puerto Rico, Panama, France, Italy, Spain, England and America.

In 1991, Mitchell separated himself from the other champions when he twice fought Tony Lopez, winning the rematch after controversially drawing their first fight.

The proud South African had little else to prove and retired with a record of (45-1-3, 21 knockouts). He was inducted into the International boxing Hall of Fame in 2009.

Mitchell, now 58, lives in Johannesburg, South Africa, he is married and has four children. He’s very much a part of the boxing scene in his homeland and enjoys a prominent role as an analyst and commentator for TV channel SuperSport. He also serves as a publicist for Golden Gloves SA.

“I was disappointed that I didn’t get to fight the Wilfredo Gomez [Layne had won the title against Gomez in the May]. I was ready to win a world title. The International media and South African media weren’t sure if I was gonna win, they doubted it, I never doubted myself, ever. I knew when I got into the ring that night I was gonna be world champion. I knocked out Alfredo Layne in the 10th round, I knocked him down three times, they stopped the fight. The first thing I did when I got microphone, I dedicated the win to Jacob Morake. It was unbelievable, I put my whole life into boxing, you put your life on the line when you get in a boxing ring, it’s a tough sport, it’s a brutal sport but it’s very rewarding when you win a world title. We were at the height of apartheid, we weren’t competing in any sport and I was the only world champion.”

“A few weeks after winning the world title the WBA said they were going to strip me of the world title because they couldn’t sanction world title fights in this country. I got hold of the WBA and I said, ‘What are we going to do? What are my options?’ They said, ‘You can stay the world champion because won the world title fair and square, we can’t sanction world titles in your country.’ I accepted the great news. I could stay world champion but I had to tour the world. I became known as ‘The Road Warrior.’ I’d never left South Africa to fight anywhere, the furthest I’d gone was Mauritius on holiday. Back then we had to fly to London, then to America and then to Puerto Rico. It took over a day to get there. I arrived about 10 days before. I was treated badly in every country because of apartheid because I was a white South African, they looked at it as I was a racist, which I never was. The anti-apartheid demonstrators came out to demonstrate at the weigh in. The referees, judges, crowd, nothing was in my favor, except I got up there and won every fight. That was a 15-round fight, I’d never been knocked down in my life and it was kind of a rude awakening for me, he hit me straight through my gloves. He hit as hard as Mike Tyson in our division, he was a powerful puncher and then I realized you can get knocked down even if you’re the world champion. I got up in round four and beat him over 15-rounds but they robbed me, calling it a draw.”

“I was probably treated the worst in England. Today I love England but at the time in 1988 the English people treated me really shabbily because of anti-apartheid. They came to the fight and threw empty beer cups, papers and calling me a racist. It was part of my motivation, I did my talking in the ring. I was going to show everyone, including the demonstrators, that I was the boss of that division. When I got in the ring, I knew nobody could help my opponent, it’s me and him in the square jungle and there I was mentally strong. It was a tough fight because Jim McDonnell was a scientific boxer, I didn’t really like fighting boxers, I preferred come forward fighters, that’s why I’d have loved to have fought Azumah Nelson. Jim was on his toes the whole time, moving and boxing and he was pretty good and he was in very good shape but I beat him by three or four points. I went to fight Jim McDonnell and boxing is about the opposites, fortunately I could fight and I could box.”

“Italy became almost like a second home for me because I fought there a few times. The Italians warmed to me. Jackie Beard was a tough guy, he was a former wrestling champion in the United States. He was a good fighter, he was aggressive, very busy and headbutted a lot. I had a problem with cuts. It was quite an eventful fight. I couldn’t even see out of my eyes, there was blood in both my eyes. I was fighting out of reaction. Fortunately the referee saw how bad the cuts were and stopped it. They went to the scorecards after eight completed rounds and I was cut badly over both eyes and I was ahead on points so I won a technical decision. I had to go straight to the hospital after the fight for stitches, I had about seven stitches in my left eye and about 10 stitches in my right eye. I was a busy world champion. I had 14 world title fights in the space of five years.”

“Because of apartheid Don King wanted nothing to do with South Africa and Don King promoted Azumah Nelson so there was never the opportunity for me to win the WBC title. I wanted to win all the titles in my division. I would have liked to have fought Barry McGuigan as well but it never materialized, also because of apartheid. Everyone had an issue with me because I was a white South African, but I wasn’t to blame for apartheid. The fight with Jeff Fenech never materialized and when we got the Tony Lopez fight, I jumped at it. I was thinking of retiring, I had beaten undefeated Frankie Mitchell from Philadelphia, I had made 11 title defenses. I thought I’d done enough and Rodney Berman called me and said, ‘We’ve got Tony Lopez.’ I had to go to his backyard, he was my biggest fight to date. They treated me well when I first arrived but when we got the draw and I complained about the bad decision, when I went back six months later they never treated me well, I was now the enemy. If you get a draw in Sacramento, you have obviously won the fight. I probably fought the wrong fight with him going in the trenches with him like Leonard did Duran the first fight but I outboxed him on the outside and I believe that should have been enough for me.”

“I had just turned 30 and I wanted the big one otherwise I was gonna retire, it was Lopez or nothing. I was offered a lot of money to fight Lopez on HBO, they wanted the rematch. On the record it says I was stripped of the title but it’s wrong, I gave up my title because I wanted to challenge him for the IBF title and my thinking was if I lost I’d still be a 12 time WBA champion, ’cause I was worried I might get robbed again like the draw but I went out there and I beat him. The second fight I outboxed him, I used lots of angles, did a kind of Sugar Ray Leonard on Roberto Duran the second fight. Lopez is a come forward Mexican fighter, only knows one way to fight, he isn’t a good boxer, he can fight. I went in the trenches with him body punching and I got on the outside and outboxed him. I managed to beat him quite easily the second time. There was nothing left for me other than money and I was the kind of guy that money wasn’t my God. I had made good money, I had 14 world title fights, I’d bought lots of property and was quite good investing my money. I wanted to walk away from boxing with my faculties.”