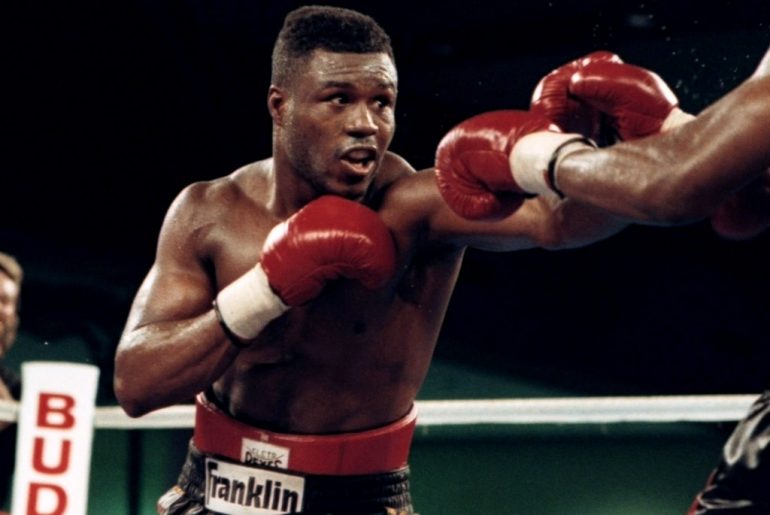 Photo from The Ring archive
17
Mar
by Anson Wainwright

Editor’s Note: This feature originally appeared in the March 2017 issue of The Ring Magazine.

Meldrick Taylor might be best remembered for one historic round against Julio Cesar Chavez, but he was much more than that.

“The Kid” was something of a child prodigy, winning a gold medal as a 17-year-old at the 1984 Los Angeles Olympics. He reportedly finished his amateur career with a record of 99-4. And his otherworldly speed and combination punching made him a dazzling professional, at least throughout the 1980s, under the tutelage of George Benton and Lou Duva. He won major titles in two divisions.

“I reached the pinnacle of amateur boxing, winning a gold medal. That is the ultimate thing to do,” Taylor told The Ring.

The Philadelphian won all but one of his first 20 bouts – the only blemish being a draw against 1976 Olympic champion Howard Davis Jr. – before he met the talented Buddy McGirt. Taylor gave a boxing clinic before adding an exclamation point: a final-round stoppage to win the IBF junior welterweight crown.

Taylor considers the McGirt victory to be the best of his career.

“I trained very hard for that fight and everything I worked on came together – the combinations, jab, foot movement – for me to win my first belt,” he said. “I put up a performance because everyone thought he was gonna knock me out.” 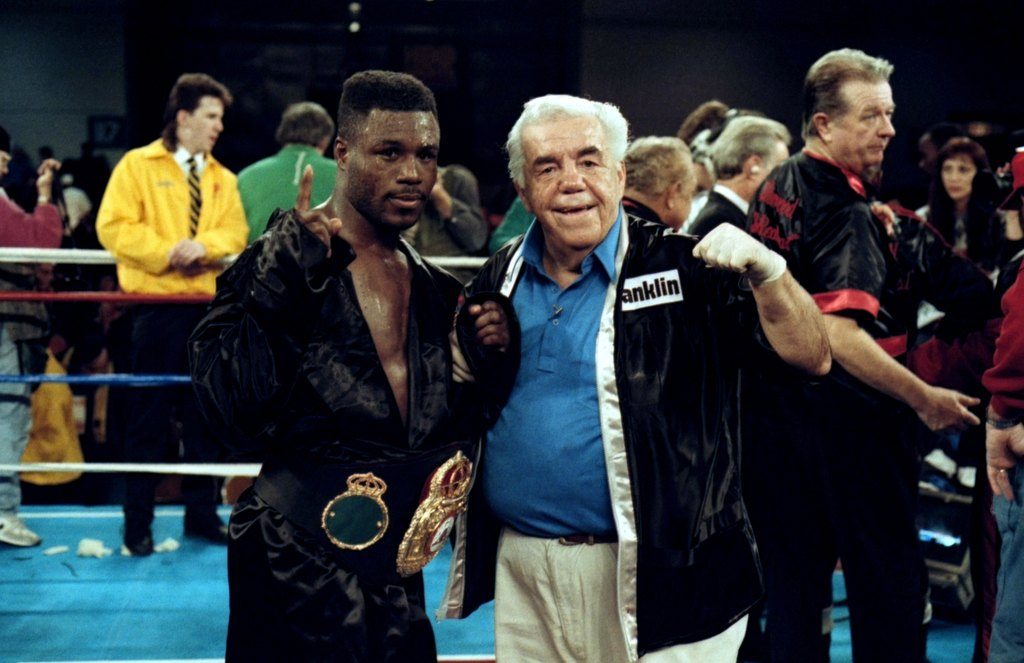 Taylor displayed his considerable skills and seemed to be on his way to a career-defining victory, although a determined Chavez inflicted more and more punishment as the fight went on.

Taylor had wide leads on two of the three scorecards going into the final round, meaning all he had to do was get to the final bell to have his hand raised. He didn’t. With the final seconds ticking down, Chavez dropped Taylor. He got to his feet but referee Richard Steele, unconvinced that Taylor could continue, stopped the fight.

Two seconds were remaining. It’s still something that frustrates Taylor, more than a quarter century later.

“My cornermen (were) telling me I need the last round,” Taylor said. “They should have told me to box and stay away. So I thought I needed the last round to win the fight. That’s why I fought. It was a bad decision. And if it hadn’t been for the referee … there was only two seconds left.”

Taylor was never really the same after his first fight with Chavez, which was The Ring Magazine’s Fight of the Year in 1990. Taylor sustained a broken orbital bone and had kidney damage, although he has his doubts that those injuries came from Chavez’s fists alone.

“My face swelled up fast; I never swelled up before,” he said. “How come it did in that fight? He didn’t catch me a lot in the early rounds. I don’t bruise easy. I think they padded his gloves. I truly believe that.”

Taylor recounts his version of what happened that night in an autobiography entitled “Two Seconds from Glory.”

Kathy Duva of Main Events, which promoted Taylor for his most of career, said the first thing she thinks of when Taylor’s name is mentioned is the loss to Chavez in their first fight.

“I tell people all the time it’s the most heartbreaking loss in the history of sports, and I dare anyone to come up with a more heartbreaking one,” she said. “He was ahead after 11 rounds, and he was standing on his feet, and there were two seconds left in the fight, and for no reason the referee stopped it.

“Taking that win away from him that he earned broke his heart. I don’t think he was ever the same again. It was so unfair to have that taken from him.” 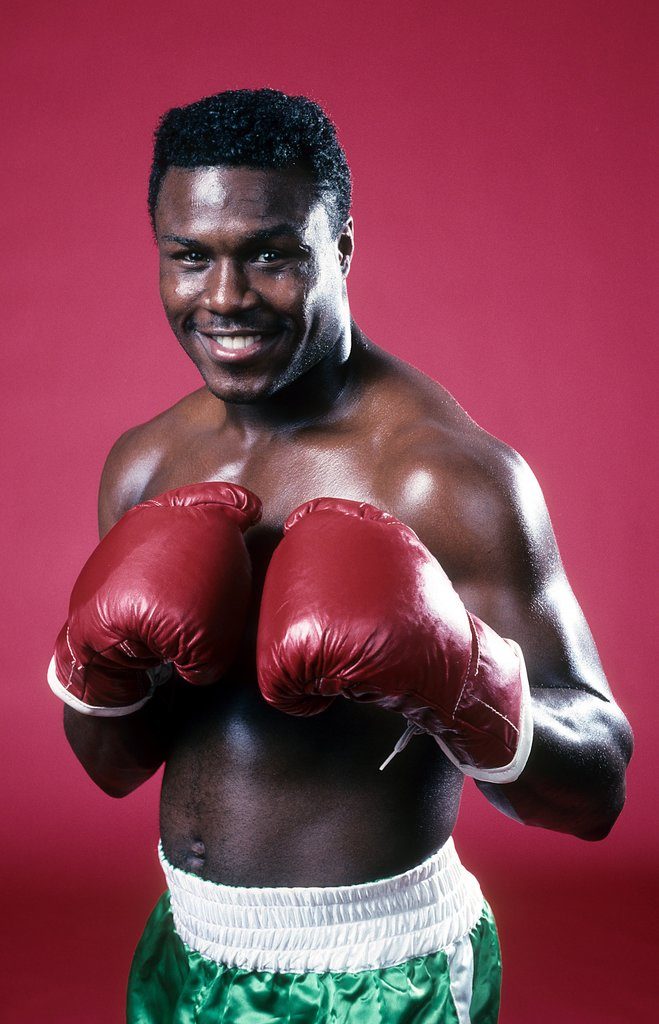 Taylor would step up to welterweight and win the WBA strap two fights later against then-undefeated Aaron Davis but, as Duva suggested, something was permanently gone after the Chavez setback.

Taylor took a risk by taking on junior middleweight star Terry Norris and was stopped in four rounds. He then dropped back down to 147, at which he lost his title to Crisanto Espana on the Lennox Lewis-Razor Ruddock card in 1992.

He fought Chavez again in 1994 but, a different fighter by this time, he was stopped in eight rounds. He finally hung up his gloves up in 2002, finishing his career with a record of 38-8-1 (20 knockouts).

Looking back, Taylor wishes he had started out at a lower weight.

“I wish I could have fought two more divisions before,” he said. “I wish I had fought at featherweight and lightweight and won a belt. I moved up too fast. I’d have liked to be a four-weight world champion.”

Today, Taylor, who turned 50 on October 19, still lives and works as a minister in his hometown of Philadelphia. He isn’t married but has four children.

Taylor kindly agreed to discuss the best fighters he fought in his career in 10 categories.

BEST JAB
Aaron Davis: Because he had a height and reach advantage. It was more of a weapon for him.

BEST DEFENSE
Terry Norris: Because of his foot movement, he was more up on his toes. He had good movement.

BEST PUNCHER
Chavez: I guess the way he puts his punches together. He got his body behind the punches.

FASTEST HANDS
Norris: Again, he boxed on his toes and was similar to my style. Nobody was as fast as me.

FASTEST FEET
Norris: He fought on his toes, he was in and out – he’s in, he’s out.

SMARTEST
Chavez: I’d say because he conserved himself; he didn’t rush his punches, he took his time. He was behind but he kept his composure.

STRONGEST
Norris: Chavez didn’t push me back too much. I would say Norris because of his punching power and because I was a natural junior welterweight and he was a junior middleweight.

BEST SKILLS
Chavez: I would say Chavez. His punching power, his durability, his accuracy.

BEST OVERALL
Chavez: I think Chavez. He was a (three-division) world champion before I fought him. He (was) undefeated; he beat everyone. I had to think more, I had to be in better shape and be sharper.

Look out for Best I Faced: Julio Cesar Chavez, which will be posted later today.