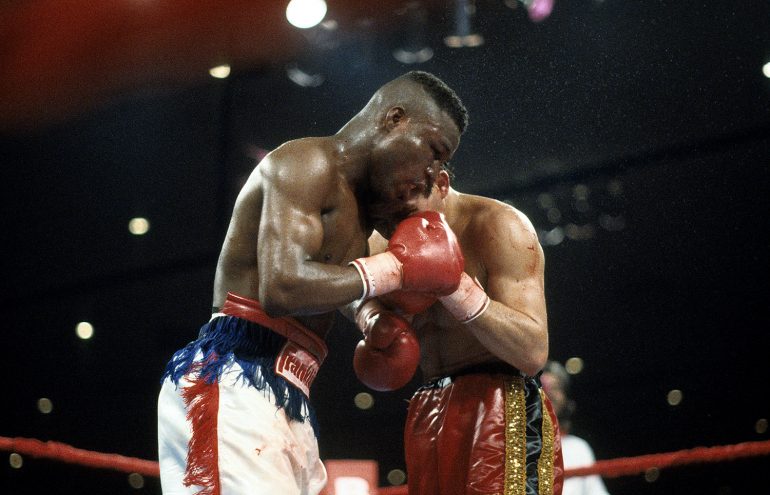 If you were a hardcore boxing during the late 1980s you couldn’t wait for the inevitable 140-pound showdown between Mexican star Julio Cesar Chavez and 1984 Olympic gold medalist Meldrick Taylor, and when the two unbeaten titleholders finally clashed at The Hilton Hotel & Casino in Las Vegas on March 17, 1990, the frenzied fans in attendance and those watching the live HBO broadcast were treated to an unforgettable instant classic.

Chavez’s loyal supporters were taken on a emotional roller coaster ride as their hero was clearly outworked and seemingly behind on the scorecards going into the dramatic and controversial 12th round of the hard-fought unification bout. Clipping the courageous but exhausted American uber-talent mere seconds before the final bell almost caused heart attacks among the most faithful Chavez fans.  Taylor’s fans were crushed when referee Richard Steele waved the bout off after taking a stern look into the the Philly Kid’s swollen, bewildered eyes. Taylor would never be the same and his fans would never forgive Steele. (Ring covers and Chavez-Taylor photos are all from the Ring Magazine-Getty Images collection.) 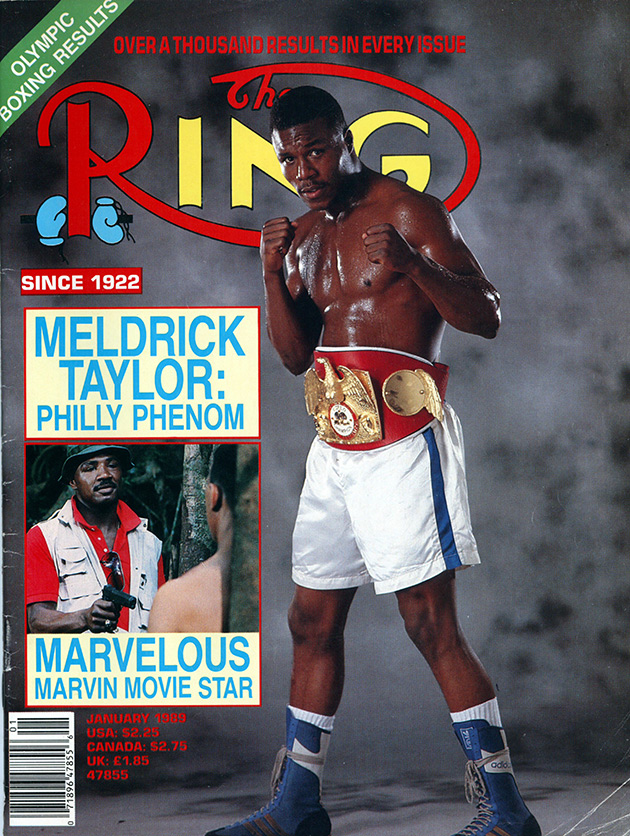 Chavez had twice as many KOs has Taylor had pro fights, but the former teenage amateur sensation (who was touted for his blazing hand speed and multi-punch combinations) had matured into a phenomenal professional talent under the guidance of George Benton and Lou Duva. Taylor’s brilliant IBF title-winning performance against respected veteran Buddy McGirt caused many to view him as a future star capable of defeating the Mexican legend. 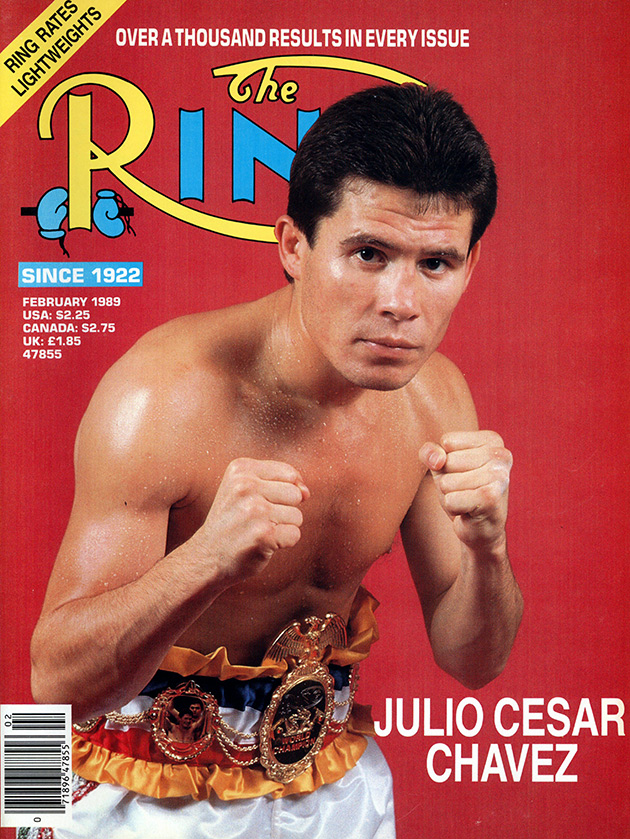 By the start of 1989, Chavez wasn’t just a star in Mexico, the hard-punching pressure-fighting technician was considered one of the best fighters on the planet by hardcore fans that witnessed him best the cream of the 130- and 135-pound divisions, including Roger Mayweather (TKO 2, 1985), Rocky Lockridge (MD, 1986), Juan LaPorte (UD, 1986), Edwin Rosario (TKO 11, 1987) and Jose Luis Ramirez (TD 11, 1987). The Ramirez victory unified WBA and WBC lightweight belts and earned Chavez The Ring Magazine championship title. A rematch stoppage of Mayweather in ’89 garnered Chavez the WBC 140-pound belt and made him a three-division champ. 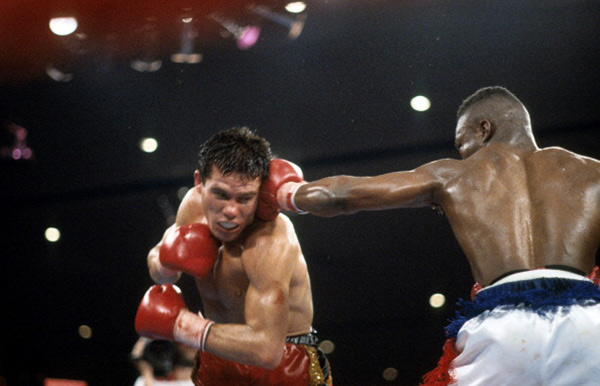 Taylor began the fight with sensational form and energy, beating Chavez to the jab, avoiding the 68-0 punisher’s pressure with lateral movement and outworking him in close. Chavez periodically scored with right hands from the outside but often missed with his vaunted hook. 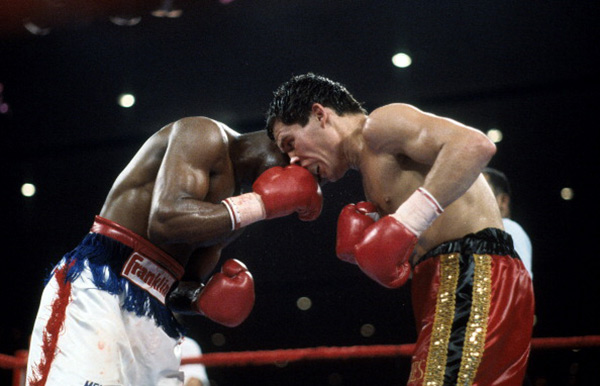 Taylor continued to outwork Chavez with rapid-fire three-and-four-punch combinations that included killer body shots in the middle rounds, but he began to languish on the inside and the more experienced pro gradually inflicted damage with hooks and uppercuts that bloodied the mouth of the budding 23-year-old star. 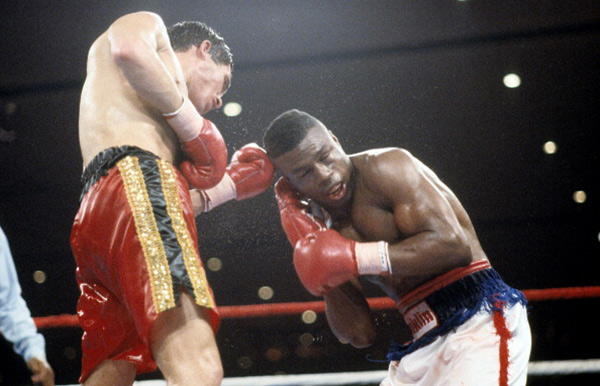 Taylor had the look of a fatiguing fighter going into the late rounds, but he dug deep and continued to engage with Chavez in close, getting hit with more power shots than he did during the early rounds. 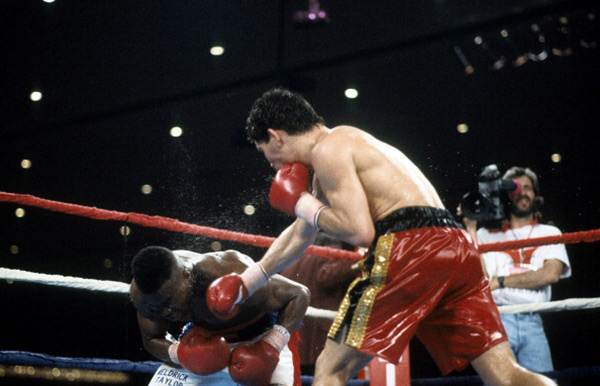 HBO’s broadcast booth of Jim Lampley, Larry Merchant, Sugar Ray Leonard and Harold Lederman assumed Taylor had an insurmountable lead going into the championship rounds, prompting Lampley to exclaim that the Philadelphia standout was “a young fighter on the threshold of greatness.” However, Chavez, though frustrated, appeared the sturdier of the two, and kept chipping away. Taylor looked almost completely spent as he entered the 12th round. 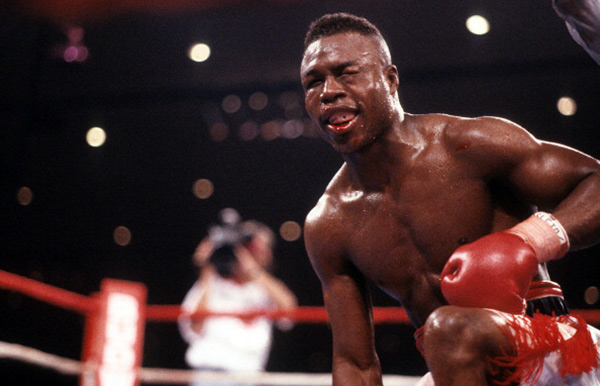 An exhausted Taylor sent himself to the canvas with a missed punch midway through the final round. With 23 seconds left Chavez staggered him with a right hand. With 16 seconds left Chavez put him down with another, perfectly timed, right. A battered and bewildered Taylor got up on instinct with mere seconds until the final bell. Steele then made one of the most disputed calls in modern boxing history. 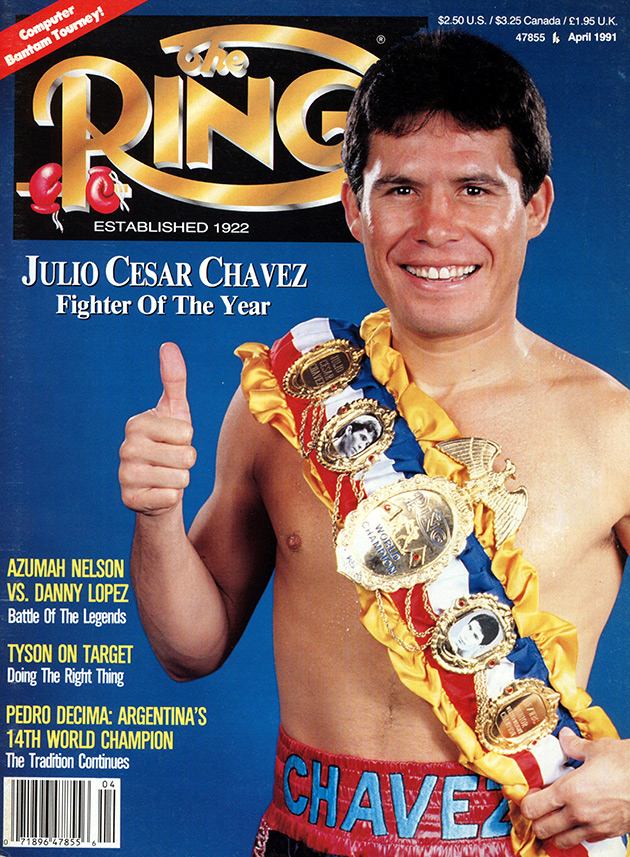 With the Taylor victory, Chavez evolved from Mexican hero to an international Latino icon who topped The Ring and KO Magazine’s pound-for-pound lists. He received The Ring’s 1990 Fighter of the Year award. 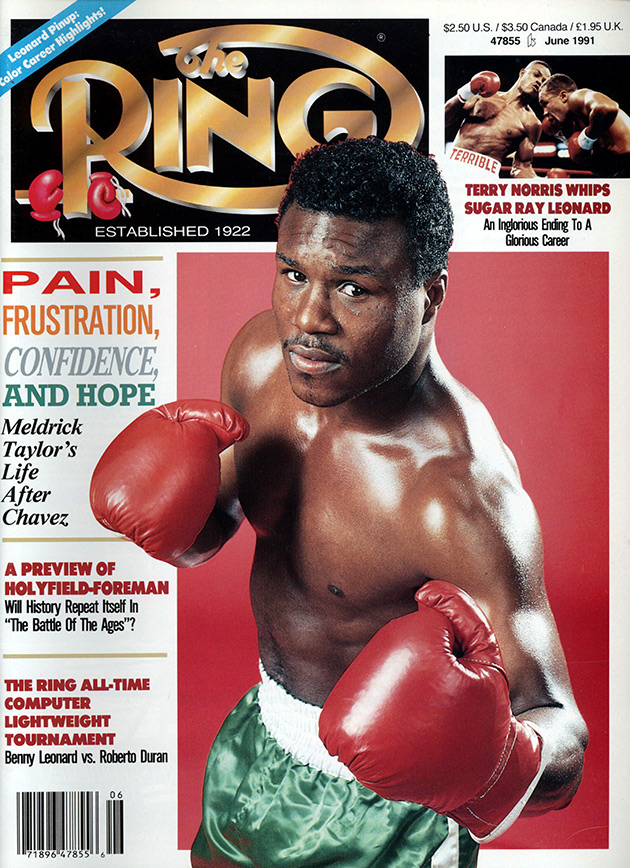 Taylor wasn’t done after the Chavez loss. After some time off and a tune-up bout, he lifted the WBA welterweight title from an undefeated Aaron Davis in January 1991. However, he would never again display the elite-boxing form he exhibited vs. McGirt and during the first eight rounds of the Chavez fight.