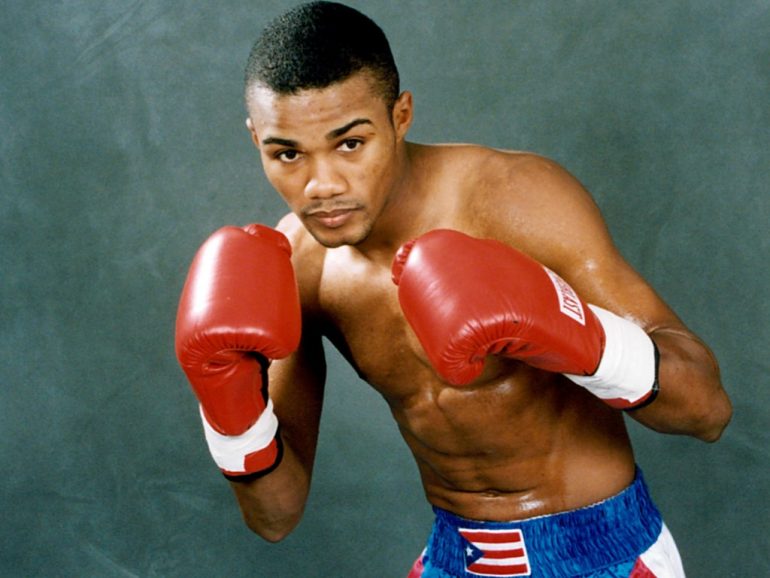 Photo from The Ring archive
14
Mar
by Anson Wainwright

Editor’s Note: This feature originally appeared in the July 2014 issue of Ring Magazine

Felix Trinidad will be remembered as one of the biggest-punching welterweights in history and an icon in his native Puerto Rico.

“Tito” burst onto the scene as a 20-year-old in 1993 when he relieved Maurice Blocker of his IBF welterweight title in devastating fashion, knocking Blocker out cold in the second round.

It was the start of a fantastic run that saw Trinidad become one of the most popular fighters of his generation – in Puerto Rico and beyond – because of his success, exciting fighting style, charisma and humility.

Trinidad would make 15 successful defenses of his welterweight title, second only to Henry Armstrong’s 18, and reigned a division-record seven years. Among his victories during that run, he stopped Oba Carr and Yori Boy Campas, and outpointed Pernell Whitaker, Oscar De La Hoya and countryman Hector Camacho Sr. 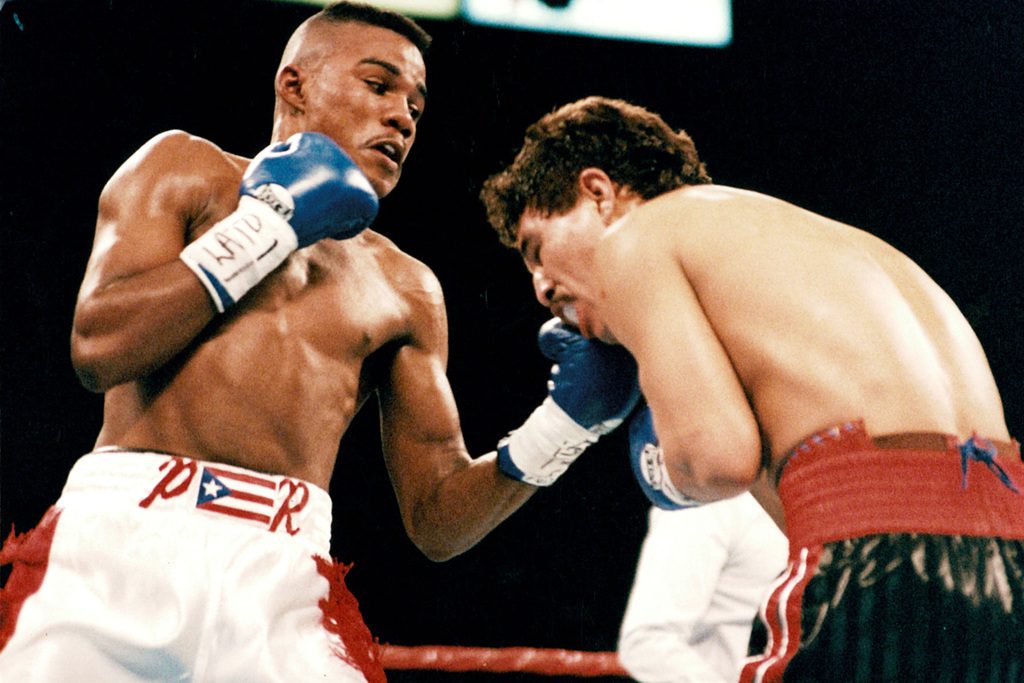 The De La Hoya fight, in which he took the WBC belt from boxing’s “Golden Boy,” was at the time the biggest non-heavyweight fights ever in terms of pay-per-view buys at 1.4 million.

Trinidad would vacate his welterweight throne and make a brief pit stop at junior middleweight in 2000, when he took the WBA crown from David Reid and stopped Fernando Vargas in perhaps his most spectacular performance to win the IBF title. The banner year saw Trinidad win The Ring Fighter of the Year award.

He then stopped William Joppy to win the WBA middleweight belt in his home-away-from-home, Madison Square Garden in New York, giving him a world title in a third weight class.

Trinidad (42-3, 35 knockouts) would go 2-3 in his final five fights, losing badly to Bernard Hopkins, Winky Wright and Roy Jones Jr., but he had already established his Hall of Fame credentials.

“The fight with Fernando Vargas is one of the classics of boxing,” said Trinidad, recollecting one of his finest performances. “The people from HBO sent me a letter a week after the fight congratulating me and saying that it was the best fight in 25 years that they had televised on their network.” 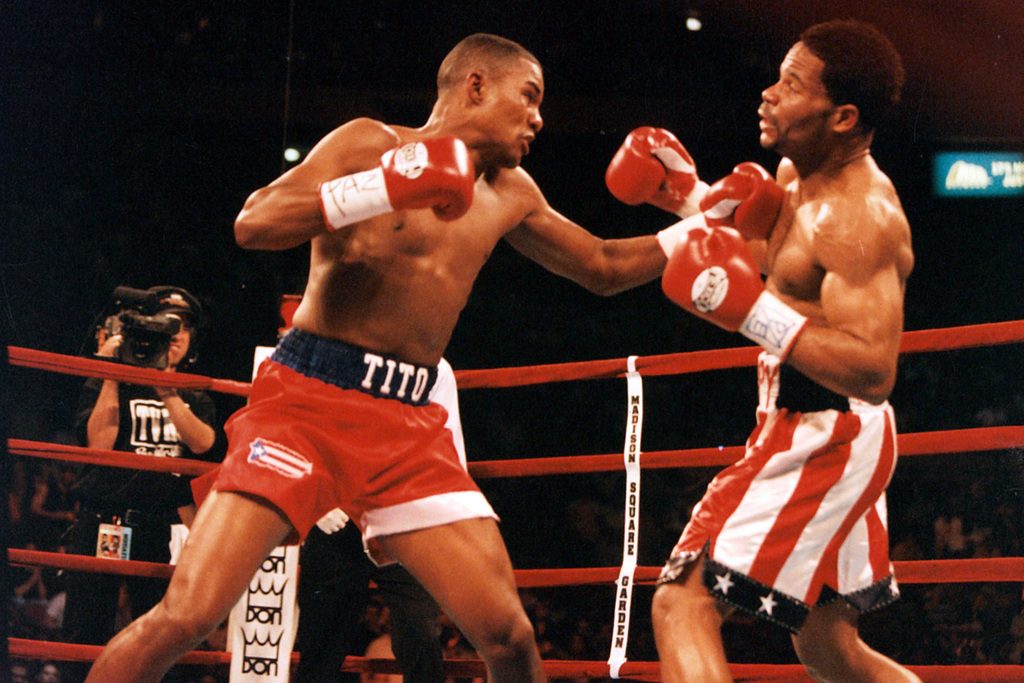 Trinidad (left) on the attack against William Joppy. Photo from The Ring archive

Trinidad fought most of the best between 147 and 160 pounds but said he would have liked to face Julio Cesar Chavez and Terry Norris.

“I had signed a contract to fight Chavez, but it never happened,” he said.

He graciously agreed to speak with The Ring about the best he faced in 10 key categories.

Roy Jones Jr.: I have great respect for Roy Jones. He is a complete boxer with tremendous skills. He has fast, strong hands and incredible reflexes.

Winky Wright: Of all the boxers that I fought, the boxer that used the jab best is Winky. His jab bothered me all night.

Pernell Whitaker: When boxing experts discuss who the best defensive fighters are, the name of Pernell Whitaker is always in the conversation. We knew that he was very good defensively, so we came prepared for the fight. I am the only one that has beaten Whitaker convincingly.

Hector Camacho Sr.: He was never knocked out in his whole career, and he fought good punchers. I remember that I wasn’t able to knock him out, but he got to feel my punch and I hurt him twice. He is one of the best Puerto Rican fighters to step in the ring.

David Reid: David Reid had the power to knock me out; he hit hard. When I fought him, he hit me with some good punches in the early rounds. He won an Olympic gold medal by knockout, even with the fact that you fight with headgear and the gloves are more cushioned.

Camacho: You know he was known for his quickness in the ring. Of the boxers I fought, I have to go with Camacho. He had fast hands and a good jab.

Camacho: It was hard to cut the ring off when I fought him. He was skillful. His fast feet also helped him when he was hurt and made it hard to hit him.

Whitaker: Whitaker was the smartest. To go the distance with me he had to be intelligent. He used his small height as an advantage, bending down almost to the floor, and he knew when to grab on.

Reid: As I said, he hit hard, but he is also physically strong.

Jones: I fought the best of the best, but if I had to choose one, it needs to be Roy Jones. He is one of the most dominant boxers in the last decade and he went on to become heavyweight champion