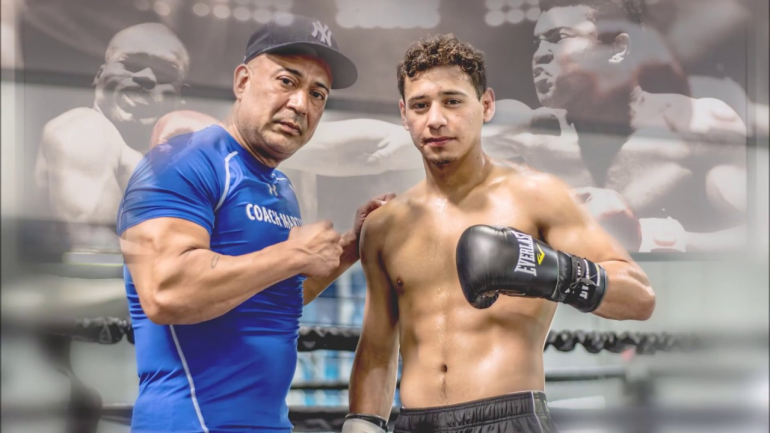 Heavy-handed lightweight prospect Alejandro Guerrero aims for his fourth consecutive knockout when he squares off against Ecuador’s Jose Angulo in a scheduled eight-round contest Friday at Grand Casino in Hinckley, Minnesota on the undercard of a ShoBox card headlined by junior lightweight Brandun Lee’s 10-round bout against Camilo Prieto.

Guerrero (11-0, 10 knockouts), 21, who is of Mexican descent and resides in Irving, Texas, is entering this fight in excellent shape.

“We’re prepared to go all eight rounds,” Guerrero told The Ring. “But if I see an opportunity to get the early knockout, that’s what I am going to do.”

Guerrero put on gloves for the first time at the age of 10. He quickly fell in love with the sport, and before he knew it, Guerrero had two junior national titles and an outstanding amateur record of 100-10. He turned professional in 2016 and has sparred the likes of Mikey Garcia and Brandon Rios.

“Mikey was a tremendous help,” he explained. “He taught me a lot of things, and it was a great experience.”

“I normally spar guys who are much bigger than me and I feel that has only made me a stronger fighter.”

Up until Wednesday, Guerrero had not taken a day off from the gym in months – he wants to be in the best shape possible.

“Our camp has been great; we’ve been training hard,” Guerrero said. “We haven’t stopped training since January.”

Does that include the weekends?

“Even during the weekends, we still went to the gym for a couple hours and got our work in,” he asserted. “This is the best shape I have ever been in, so we’re ready to go the distance if it comes down to that.”

Guerrero will face Angulo (12-1, 5 KOs), 23, who has never been knocked out, but he says that won’t be a factor when the punches start to fly.

“I’m a brawler,” Guerrero said. “This kid hasn’t been in the ring with tough opponents like I have; I’ve actually fought at 140 pounds, guys who were bigger, stronger, and faster, and I knocked those guys out early – I’m stronger than anybody out here.”

Guerrero has fought twice as a junior welterweight, in his professional debut in June 2016 against Luis Caballero, and in his sixth pro bout against Phillip Percy. He scored a second and third-round knockout, respectively, in those fights.