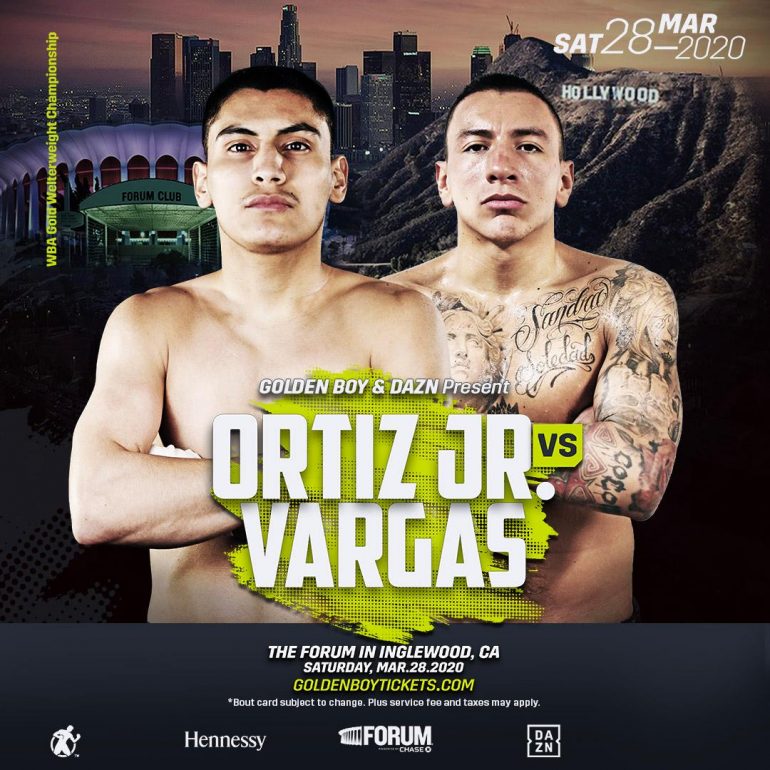 The following press release was issued by Golden Boy Promotions on Thursday, March 12.

“This morning, we were informed by the California State Athletic Commission that all combative sports events have been cancelled for the month of March due to concerns regarding COVID-19,” said Oscar De La Hoya, Chairman and CEO of Golden Boy. “Therefore, our March 19 and March 28 events, which were scheduled at Avalon Hollywood and the Forum respectively, have officially been postponed. We will work with state and local officials as well as our venue and broadcast partners to determine the best course of action with respect to these and other upcoming events, both in California and elsewhere.”

“The health and safety of our fighters, fans, employees, officials and partners is of the utmost importance to us, and we thank them for their support and understanding during this time. We will communicate further plans when the time is appropriate.”