Brandun Lee ready for Camilo Prieto: ‘If we have to go to war, we’ll go to war’ 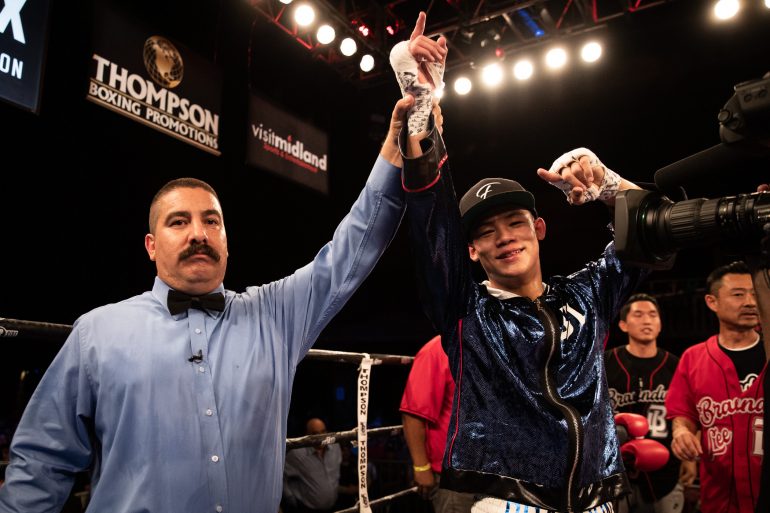 Junior lightweight Brandun Lee has a resume that is atypical of boxers.

“I am currently getting an associate’s degree in criminal justice, and I’ll graduate in May,” Lee said. “After that, I’ll get my bachelor’s degree and eventually my Master’s degree in business.”

Talk about a jack of all trades.

But the rising prospect will leave the textbooks at home temporarily as he squares off against Miami’s Camilo Prieto on Friday at Grand Casino in Hinckley, Minnesota in the main event of Showtime’s “ShoBox: The New Generation.”

Lee, who went 196-5 in a decorated amateur career that included a gold medal in the 2015 U.S. Junior National championships, told The Ring Monday that training for this camp was the most complex yet.

“For this camp, we looked at a whole lot of conditioning and defense,” he stated.

Every fight is important. The outcome of one bout could be the difference between a significant payday or a setback. What is it about this impending clash that stands out compared to his others?

“Prieto is a solid boxer and a good fighter,” Lee continued. “He is also a Cuban fighter and Cubans dominate boxing at the Olympics.”

What in particular stands out about Prieto that could give Lee trouble? He did not mince his words.

But Lee (18-0, 16 knockouts), 20, of La Quinta, California, says his skills will ultimately guide him to the victory over his foe.

“My style of fighting is very complex,” Lee pointed out. “I have everything: defense, power, I can box and I can punch. I’ll be utilizing my jab, my inside punches and my defense – a little bit of everything.”

Prieto (15-2, 9 KOs), 33, has never been knocked out and is known for coming forward, but Lee asserted that he is ready for any style.

As far as his educational background is concerned, Lee, who is a Korean-American and an aspiring businessman, understands that a contingency plan is always important to have in case things don’t go as planned.