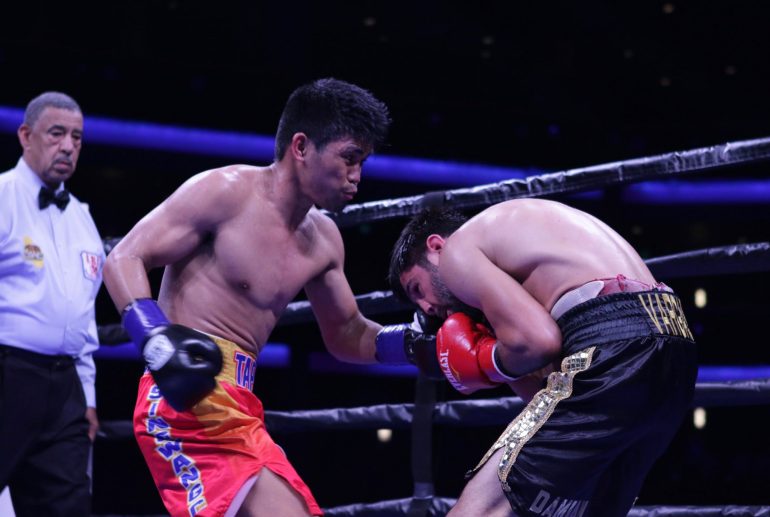 Marlon Tapales will try to put his latest defeat behind him when he faces Macrea Gandionco on March 21 in General Santos City, Philippines.

The fight is scheduled for eight rounds in the junior featherweight division and will headline a card promoted by Sanman Promotions. The venue has not yet been announced.

Prior to that, the 27-year-old from Tubod, Lanao del Norte, Philippines had won 12 straight, which included his comeback KO win over Pungluang Sor Singyu to win the title in 2016.

The 28-year-old Gandionco (13-11-3, 8 KOs) of Villanueva, Misamis Oriental, Philippines has lost seven of his last eight bouts after beginning his career 10-0-1.

“He is a lefty so we cannot be too confident. We cannot say it’s easy,” said Tapales, who returned to training in the second week of January, and is now at Sanman Gym for this camp under the supervision of Bebot Valendez and Markquil Salvana.

If all goes well, Sean Gibbons, president of MP Promotions, says he expects to have Tapales back in the ring in the U.S. some time in June.

“Marlon just had an off night versus Iwasa,” said Gibbons, who handles his career alongside Rex “Wakee” Salud. “Marlon is still one of the best 122-pounders in the world, and I see Marlon challenging for another world title in 2020.”