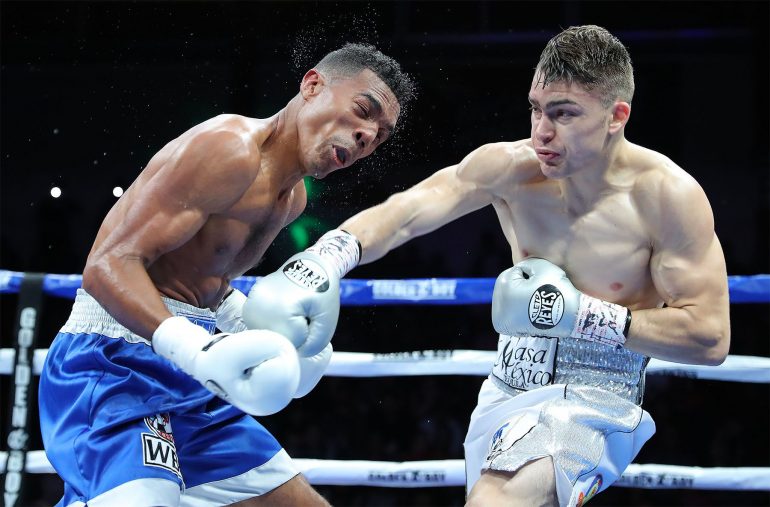 Lightweight Oscar Duarte was not about to disappoint a sellout crowd on Saturday night.

Duarte dropped Andres Garcia of Colombia five times en route to a fifth-round knockout victory before a partisan crowd at the Gimnasio Municipal in his hometown of Parral, Mexico. The 24-year-old improves to 19-1-1 (14 KOs) and has now won his last four bouts, all by knockout.

Garcia figured to give Duarte a test and some rounds, but Duarte’s aggression and accuracy proved decisive. Midway through the second round, a barrage of punches dropped Garcia to the canvas. He beat the count, but it was the beginning of a one-sided beating. A counter right cross to the head of Garcia dropped him again.

Garcia would go down twice more in Round 4 but rose bravely and fired back despite being on shaky legs.

When the end came in the fifth it was a left hook to the body that caused the damage. Duarte followed with a barrage of punches that dropped Garcia, who was counted out on one knee by referee Miguel Vazquez. The official time of the stoppage was 1:02.

With the victory, Duarte won a regional title belt and a top-15 rating. He believes this result was a gateway to fighting the best fighters at 135 pounds.

“It’s a great responsibility,” said Duarte, who is trained by Joel Diaz in Indio, California. “I want to face the best in the division. My goal is to win a world title.” 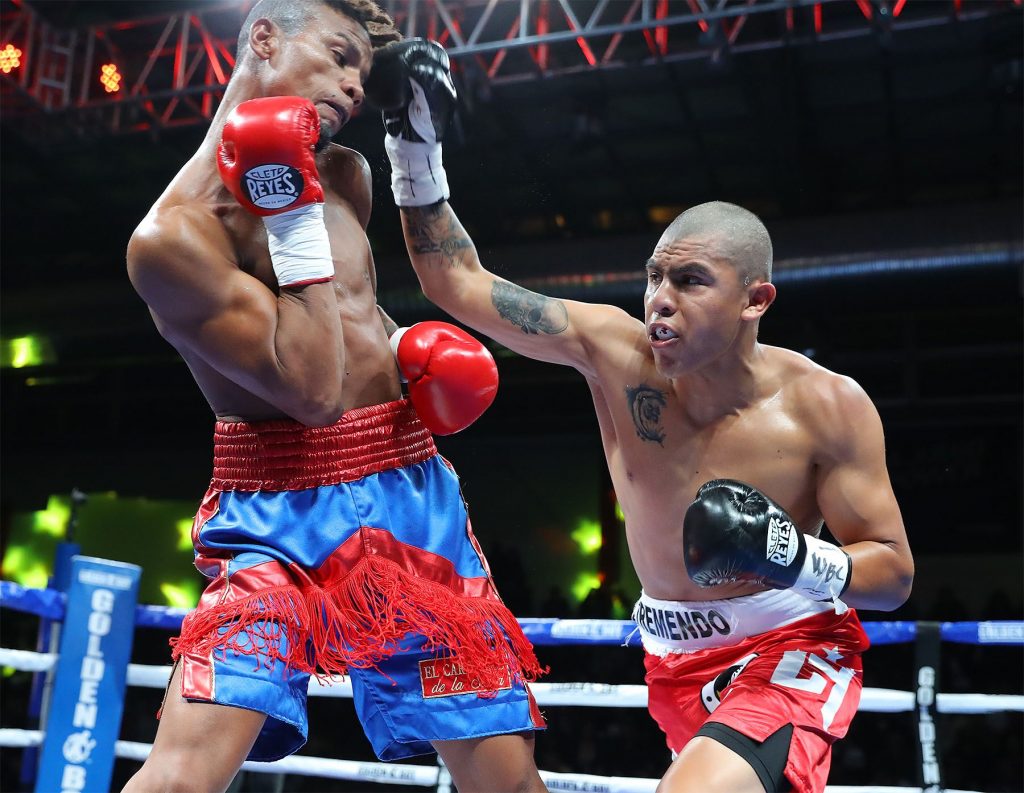 In the co-feature, junior welterweight Luis Hernandez of nearby Chihuahua scored a one-punch knockout victory over Placido Ramirez. The 23-year-old Hernandez improves to 21-0 (19 KOs).

After a competitive opening two rounds, Hernandez’s power and aggression swung momentum in his favor. With roughly a minute remaining in Round 3, he hurt Ramirez with a barrage of punches and followed with a left hook that dropped him in a corner.

Ramirez beat the count and fought back, but an overhand right hand by Hernandez dropped him flat onto his back. Ramirez remained on the canvas and was counted out at 1:37.

“(Ramirez) had a lot of power in his punches,” said Hernandez after the fight. “I didn’t think he hit that hard but he did. I kept my promise to my fans that I would win by knockout.” 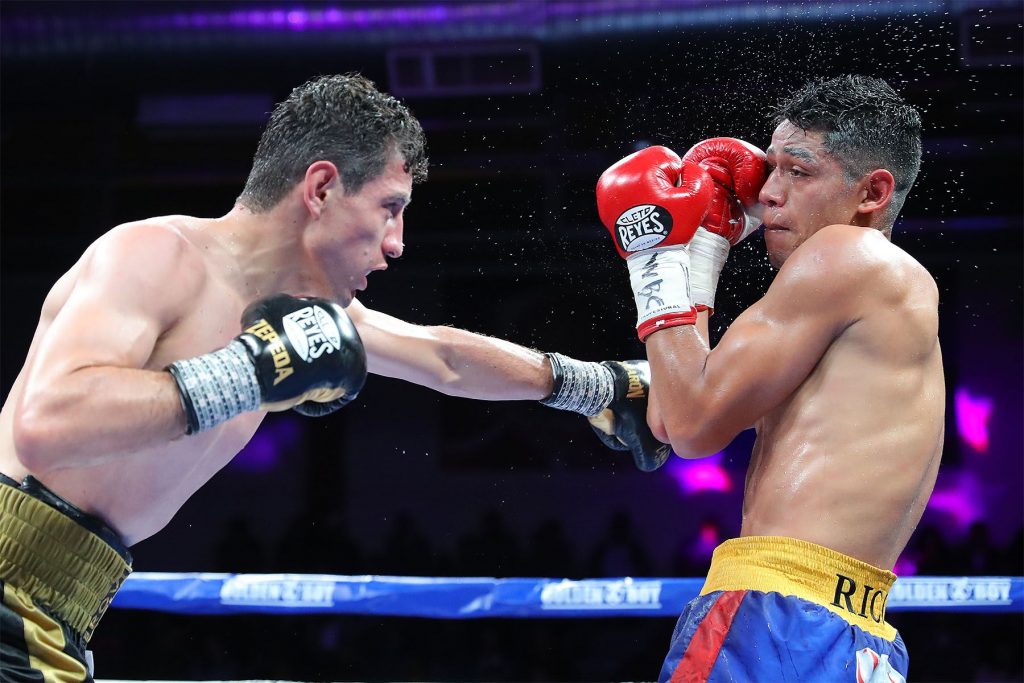 William Zepeda (left) backs up Bryam Rico with the jab.

Hard-hitting lightweight William Zepeda overcame a game effort by Brayam Rico, dropping him once before the fight was stopped in Round 6.

Zepeda, who resides in San Mateo Atenco, Mexico, improves to 21-0 (19 KOs) and has won his last 10 bouts by knockout.

Rico stood in the pocket and traded with the southpaw Zepeda, but his punch output slowly dropped when he began to absorb body blows. With a minute remaining in Round 5 a left to the body dropped Rico against the ropes. He beat the count but absorbed several headshots before the bell sounded to end the round.

Zepeda walked his man down and continued to let his hands go in Round 6. Rico fought back but he was throwing arm punches and looked exhausted. Zepeda finally pinned Rico against the ropes and sustained burst forced referee Miguel Vazquez to step in. The official time was 2:47.

Montoya (14-6-1, 9 KOs), who resides in Tamaulipas, Mexico, had not fought since a decision loss to Brian Viloria three years ago.