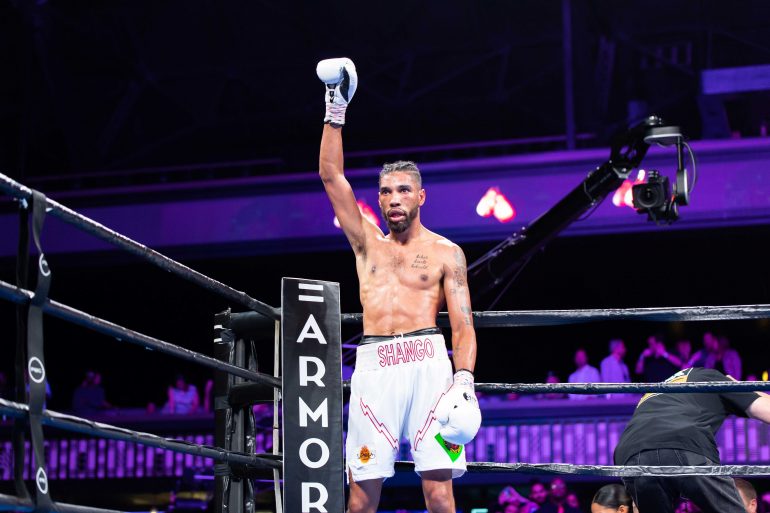 The 12-round bout will take place at The Armory in James’ hometown of Minneapolis, Minn. and will headline a FOX and FOX Deportes telecast (8 p.m. ET/ 5 p.m. PT).

James (26-1, 12 knockouts) last fought on July 13, defeating former world titleholder Antonio DeMarco by unanimous decision. James has won his last six bouts since suffering his only loss as a pro at the hands of contender Yordenis Ugas in August 2016.

The 31-year-old has fought often in Minneapolis in recent months, where he hopes boxing will continue to thrive in the city and throughout the state.

“I’m extremely excited and honored to have my fifth fight back at home at The Armory,” said James, whose recent victories have come over the likes of Diego Chaves, Abel Ramos and Janer Gonzalez. “We’ve created an empire with Minnesota boxing and being able to have these big fights at home is a huge blessing. Being the main event fighting top competitors at home and on FOX, it’s going to show Minnesota boxing to the nation. I’m extremely motivated and focused for this fight. I’m always training to my fullest, but we’re going extra hard for this fight.”

Dulorme (25-3-1, 16 KOs), who is originally from Guadeloupe and now resides in Carolina, Puerto Rico, defeated previously-unbeaten Terrel Williams by unanimous decision in his last bout on September 21. The victory over Williams took place almost a year after Dulorme fought to a majority-decision draw against Jessie Vargas.

Likes James, Dulorme lost by unanimous decision to Ugas in August 2017. Both fighters were knocked down during the fight, but Dulorme was deducted two points for throwing and landing below James’ belt-time, costing him a decision victory.

Despite the fight taking place in James’ hometown, the 30-year-old believes he make the most of the opportunity and pull off a victory.

“I am very excited to get a chance to fight again,” said Dulorme, who was stopped by Terence Crawford in April 2015 in his only attempt at a world title belt. “I won’t let the opportunity slip away. James is a good fighter and I’m sure he will be motivated fighting in his hometown. I respect him, but I feel like I am in the prime of my career and it will show when I step in the ring.”

In the co-feature of the ‘PBC Fight Night’ telecast, super middleweight prospect Osvary David Morrell will square off against Lennox Allen in a 12-round bout.

Morrell (2-0, 2 KOs), who defected from Cuba and now resides in Minneapolis, knocked out Quinton Rankin in his last bout on November 2. He made his pro debut in Minneapolis on August 31, knocking out Yendris Rodriguez in the opening round.

Allen (22-0-1, 14 KOs), who is originally from Guyana and now resides in New York City, has not fought since February of last year, defeating Derrick Webster by unanimous decision. He has won his last 10 bouts since fighting to a draw against gatekeeper Darnell Boone in August 2010.

Unbeaten junior middleweight Joey Spencer (10-0, 7 KOs) will open the FOX/ FOX Deportes telecast against an opponent to be determined.